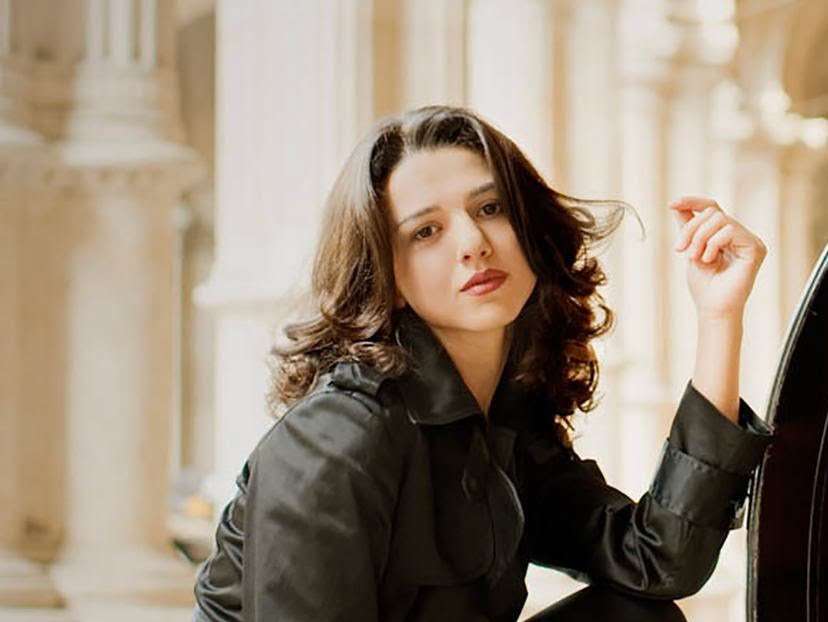 There are so many factors jostling for attention in Khatia Buniatishvili’s playing that it’s difficult to get a hold on her style and personality. Her technique is fabulous, she relishes taking risks, and while she doesn’t have a huge palette of colours, her marvellous touch – an easy, stroking muscularity – never produces an ugly sound. The moments when she puts her whole body weight behind the biggest fortissimos are bang-free and massive. She does, however, play fast and loose with her audience’s powers of attention, mainly through her predilection for extremes of dynamics.

The Brahms was a fine example of this. She slapped down the gauntlet in its mighty, ‘Hammerklavier’-like opening gesture to capture the essence of the young Brahms at his most heroic and invincible, only to trail off into some weirdly anorexic pianissimos and a sudden abandonment of pace and pressure. The result was certainly dramatic, but her point was…? It looked as though she was striving for focus and intensity, but the result sounded atomised, each gesture a separate entity, not at all the self-generating organism that defines all Brahms’s music. Moreover, you hear these extremes a few times and they lose their impact and become mannerisms. If anything, the slow movement was so withdrawn and the sound so undernourished that Brahms’s dreamy, rhapsodic tenderness gave way to a strange, ghostly agenda, although the long coda, which she saturated with a romantic glaze, went a long way to restoring a balance. Perhaps Buniatishvili ekes out these exaggerations to suggest spontaneity, but her playing in the Scherzo was genuinely and bracingly impulsive, as well as being a showcase for the superhuman suppleness of her technique. She got nearest, though, to the spirit of this Sonata in the Intermezzo, which, as in Beethoven’s ‘Choral’ Symphony at the beginning of the Finale, helps us get our bearings on what we’ve already heard – but, in the Brahms, can’t resist adding a note of regret into our memories of the Andante. Overall, Buniatishvili managed, just, to keep things together in a performance that surprisingly came in at around the usual duration of forty minutes. With all the stretching, it had seemed longer.

Mikhail Pletnev’s transcription of seven numbers from Tchaikovsky’s The Nutcracker spares nothing in terms of virtuosic glitter, which, one or two moments of hair-raising cornering aside, Buniatishvili has in spades, although her flamboyance soon parted company with the music’s ballet origins. The ‘March’ bounced with vitality, the ‘Chinese Dance’ had some jolly touches of grotesque rhythmic displacement, and she dispatched the ‘Pas de deux’ with a fine appreciation of its seething inner parts supported by a bass line of organ-like solidity.

Everything – bravura, flamboyant showing-off, and a surprisingly moving and unaffected directness – fell into place in the two Liszt pieces, to the point that you got an eerie idea of what the composer’s playing might have been like. Buniatishvili teased out the excitement and expectation of the Spanish Rhapsody’s jota and folia with effortless flair, and as the variations on the ‘Là ci darem la mano’ – in Reminiscences of Don Juan (Mozart’s Don Giovanni) – became increasingly zany, so Buniatishvili hit her stride in playing of stupendous accomplishment, self-possession and unmistakable glamour and grandeur. It was aimed at bringing the audience to its feet, and it did; and did so again following the friska from Liszt’s Hungarian Rhapsody No.2, preposterously embellished by Horowitz.