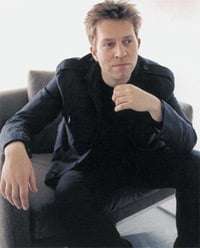 Leif Ove Andsnes has become one of today’s most celebrated musicians through his brilliant technique and sensitive manner of expression; anything but showy or over-emotive. He plays with an elegant bearing that only occasionally reveals his deep immersion in the music. On this occasion, as the evening went on, his playing seemed to become more forceful and demonstrative.

The outer movements of Haydn’s C minor Piano Sonata contain some of the most dramatic music Haydn wrote for the instrument, surrounding an Andante that provides a calm interlude in the midst of the storm. The work is infused with strong emotions, contains expressive use of Baroque patterns, and fascinates with its clever use of a telescoping technique to merge the development section into the reprise by switching the order in which the main motifs appear. Andsnes combined a light, febrile touch in the lyrical passages with emphatic assertiveness in the turbulent sections. He approached the work from the perspective of Haydn’s influence on early Beethoven, by emphasizing its driving force and dramatic intensity as well as its graceful lyricism.

Next was Bartók’s brief but fascinating Suite, with folk-like melodies spiced with twinges of dissonance and bouncing rhythms sometimes unsteadied by arrhythmic figuration. Andsnes played with effervescent energy, but occasionally seemed slightly introverted, too mild to fully convey the work’s flippant humor or the barbarity of its wildly racing passagework. In the final movement, a somber meditation with touches of Debussy-like impressionism, Andsnes’s expressive style provided welcome relief from pyrotechnic rigors and ferocity.

Speaking of Debussy, his Images, Book I, from 1905, concluded the first half. Its descriptive imagery, from the rippling waves of ‘Reflets dans l’eau’ (Reflections in the Water), through the grandeur of a sarabande offered as an ‘Hommage à Rameau’ to the Ariel-like capriciousness of the concluding ‘Mouvement’, emerged in a characterful performance, glistening with delicate filigree, nostalgic reverie blossoming into ardent passion and brilliantly executed roulades that gave way to sensitively phrased lyricism.

The rest was Chopin. Andsnes opened with four waltzes. In the F minor, his playing seemed slightly abrupt and disturbingly spasmodic at times, giving the impression that he was not completely at ease. But in the G flat he was more attuned to the piece’s vivacious spirit and intimate lyricism and more-comfortable with the D flat, deftly balancing a somewhat reserved approach to its carefree ribaldry against quieter moments of reflective distraction. Opus 42 was straightforward, Andsnes racing through its vigorous passages somewhat mechanically until he loosened up toward the close, lighting up the music with sparkling vitality.

The combination of epic drama and effusive lyricism in the A flat Ballade was captured brilliantly in one of the most impressive offerings of the evening. The Nocturne that followed was written while Chopin was residing at George Sand’s country estate only a few years before the composer’s untimely death. The influence of such diverse composers as John Field and Vincenzo Bellini is apparent. Andsnes’s flair for evocative expression in tender cantabile passages evoked the atmosphere of a quiet evening spent in nostalgic reverie. Andsnes concluded with the G minor Ballade. Although its principal melody had a dreamy quality, a rather darting treatment of flitting cellular figures within the melody undermined its tenderness, giving the impression of uncharacteristic brusqueness. Andsnes tended to whisk through rapid figuration so hastily that they exuded more energy than passion.

There were three encores: a bravura treatment of Chopin’s Waltz in A flat (Opus 34/1); an emphatic, if somewhat jerky rendition of Granados’s Spanish Dance No.5, the highlight of which was a dreamy middle section; and a fervent reading of the second of Rachmaninov’s Opus 33 set of Etude-Tableaux.