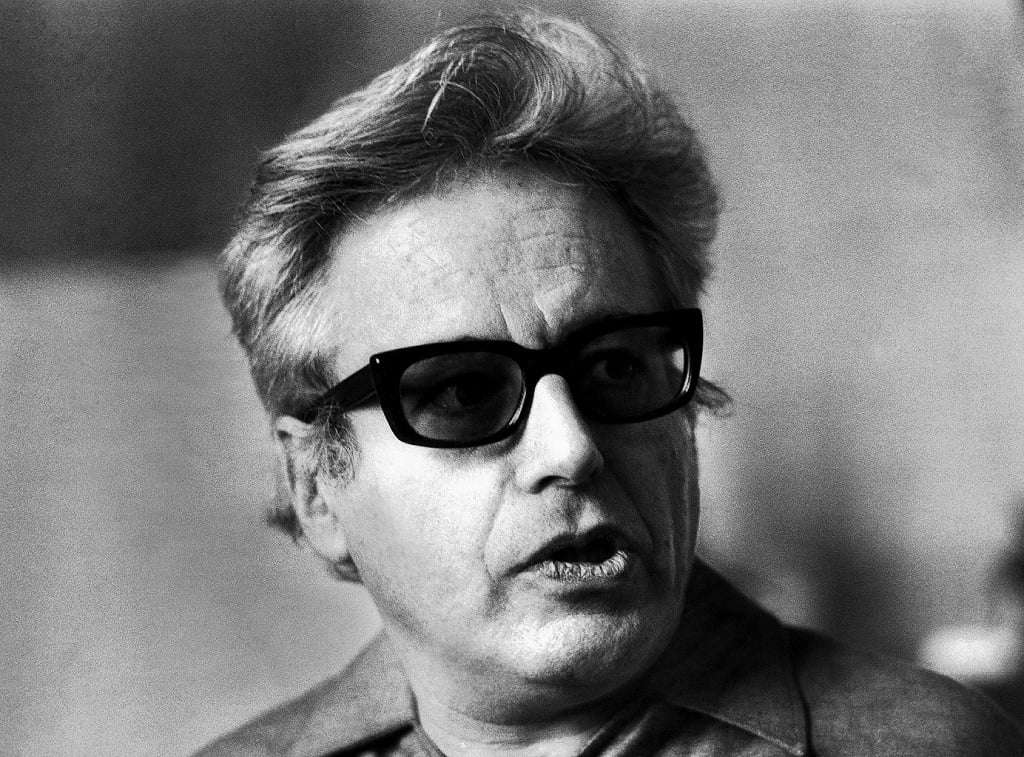 Long associated with a proposed second opera based on Alice in Wonderland (later taken up by his pupil Unsuk Chin), György Ligeti (1923-2006) is a composer who had a reputation not only of titanic rages but also playful wit, and it was this latter side that was the focus in the first of Pierre-Laurent Aimard’s trio of concerts he has curated under the apt title Ligeti in Wonderland. I suspect the Cheshire Cat (if not the Red Queen) would have been grinning from ear-to-ear at the end of this hugely enjoyable concert. Despite his outward veneer of black-clad seriousness, Aimard is just as playful as Ligeti could be and there was both a lightly-worn rigour and impish glee behind the programming.

Both halves started in unpitched rhythms and seamlessly moved into piano music. Indeed, the second half ran completely seamlessly: thirty minutes of beautifully planned and wonderfully performed music which had humour written through it as is if a stick of Blackpool rock. To start the Queen Elizabeth Hall’s stage was arrayed not only with two grand pianos side-by-side – lids off, keyboards facing the audience – but also a multitude of diminutive metronomes, two blue ones at the back but otherwise dark wood. First Aimard, then his four principal performers (percussionist Daniel Ciampolini from the auditorium), similarly black-clad, crept onto the stage and started the metronomes going (Marie-Luise Neunecker even developing at technique of setting two off at once), before creeping off again.

Poème symphonique weaves its conceptual spell, allowing each of us to create anything we choose from the random patterns made by the metronomes clicking (and one, here, sounding more like chiming) at their different speeds. At times I was reminded of the patter of rain, then, as the majority had fallen into silence, the clatter of a Geiger counter, or horses cantering, until there were just two – amazingly exactly out of step with each other, resulting in a stereo regular beat, until one petered out, and then the other mournfully gave up the ghost too.

Aimard mounted the stage from the audience, and was joined silently by Tamara Stefanovich, now in iridescent orange-red trousers and turquoise jacket, to steal immediately in with Ligeti’s Three Pieces for Two Pianos: ‘Monument’ seemingly aping the metronomes’ spontaneity with the development of its asymmetrical rhythmic stuttering; while ‘Self-portrait’ – of Reich, Reilly and a little bit of Chopin – offered some higher-pitched repetitive respite, phasing in and out between pianos, before a reference to the Finale of Chopin’s B-flat minor Sonata. The concluding movement, all celestial ripples, out of which a single line is sounded, enveloped the hall.

The only substantial stage change was to reset for the Horn Trio, though the metronome stayed in situ. The Trio gained in stature, after a dip in concentration in the first movement. The wild Scherzo, violin and piano just out of kilter, and the quirky ‘Alla marcia’ that follows, with horn calming things for the Trio, leads to the heart-and-soul of the work, ‘Lamento’, Ligeti and his players here achieving a more-than-the-sum-of-its-parts grandeur of exquisite intensity. Barefoot Patricia Kopatchinskaja and Marie-Luise Neunecker carefully sidestepped the metronome obstacles on the repeated curtain calls with Aimard.

The pitch-less opening of the second half – metronomes gone – was Steve Reich’s Clapping Music courtesy of Aimard and Ciampolini, starting an invigorating uninterrupted flow of dazzling music. I heard a curious, though not unpleasant clapping echo to my left, as if the hall wanted to get in on the genial action. Toward the close, Aimard stepped back and did his final clap towards Stefanovich who took the cue with Ligeti’s Eighth Étude, here with Ciampolini adding side drum and suspended cymbal, both stroked with soft wire brush, creating an improvisatory jazz feel to Ligeti’s original. Two Conlon Nancarrow Studies, a contrasting pair, followed – Stefanovich changing pianos to take the lead – as arranged by Aimard and Florent Boffard, the page-turners negotiating what looked like hand-written parts.

Perhaps the most visually arresting performance – even set against 100 metronomes – was the first of two improvisations, on Poème symphonique, with Ciampolini moving over to Aimard’s piano and – at the highest register – sound a repetitive note. After Stefanovich started her own rhythm, the page-turners (not credited in the programme as, perforce, here), joined in, and – difficult to see exactly, given they had their backs to the audience – I think there were seven hands involved in an arc of addition and subtraction, leaving, again, one rhythmic pulse to end. By then, Ciampolini was already beside his pair of conga drums to accompany Aimard in an improvisation of Ligeti’s Fourth Étude, ‘Fanfares’. It was after Ciampolini’s transfer to the vibraphone that made the audience gasp – crouching down to mouth a silent ‘wah-wah’ over a high note to form an ululating sound while still playing with his right-hand lower in the instrument, rounding off a concert that placed Ligeti in context and also a future return – ‘Ligeti through the Looking Glass’ perhaps – with such pieces as Aventures and Nouvelle Aventures.