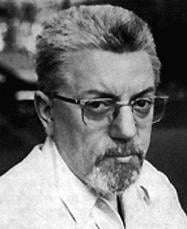 Zimmermann’s “Die Soldaten” (Soldiers, 1965) has aspects in common with Alban Berg’s “Wozzeck”, such as a character named Marie, the device of associating each scene with a musical form or genre, and 15 scenes. But unlike “Wozzeck”, Zimmermann gives different scenes the same generic name, thus suggesting connections between them. Zimmermann wished to depict “the simultaneous occurrence of past, present, and future.”

“Die Soldaten” consists of many short scenes which are simultaneously played-out in various locations on a T-shaped runway that served as a stage. The sheer physicality of this production was impressive. The venue was a huge space some 200×330 feet; the runway was 250 feet long. 12 tracks with a total length of 2,600 feet had to be laid down, on which rows of seats were slowly and silently moved along nine times during the performance by six engines, thus bringing the audience into a greater intimacy with the performers and the musicians than would be possible in a traditional opera house. The result was both exciting and chilling, the music often exploding into spasms of loud dissonance during scenes of depravity and violence. 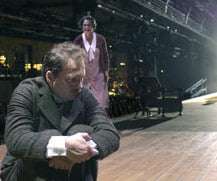 The plot revolves around the moral degradation of Marie, Wesner’s daughter. She is at first engaged to Stolzius, a draper in Armentières (French Flanders) – Marie is from Lille, also in French Flanders. She is then seduced by Baron Desportes, a nobleman serving in the French army, and Major Mary, a field officer. Stolzius poisons Desportes and then himself, and Marie becomes a beggar and a prostitute. In the final scene, even her own father does not recognize her. This scene and others were Zimmermann’s way of showing the disassociation he felt existed between parents and their children both prior to and after World War Two. “Die Soldaten” is not so much about the evils of war as about the brutish and brute behavior of men toward women and the churlish behavior evident in families. 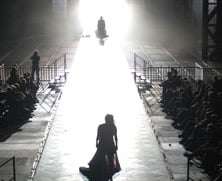 The most powerful and disturbing scene, though, is the rape of Marie by Desportes’s gamekeeper. This was admirably performed along the length of the runway with the real Marie and her doubles positioned in a way that the audience, moving along in their seats, never lost sight of the fury occurring on the walkway. The music was deafening and shattering – a total emotional experience.

The singing throughout was exceptional, despite the difficulty of the score. Claudia Barainsky (Marie), with her powerhouse dramatic soprano voice, was solid all evening. Her acting was convincing, especially in Act Two/Scene 1 where she bantered about the walkway in response to Deportes’s wanting to help her compose a letter of reply to Stolzius. With his tall, stocky build, bass Johann Tilli (Marie’s father) was an imposing figure. His singing was clear, and the love and concern he felt for Marie were evident. The marvelous Hanna Schwarz (Wesner’s old mother) portrayed her character with dignity and intelligence, with her powerful contralto voice conveying both the nuances and complexities of her feelings toward her son and granddaughter. Claudia Mahnke (Marie’s sister Charlotte), Peter Hoare (Desportes), Claudio Otelli (Stolzius), Jochen Schmeckenbecher (Eisenhardt, the Army Chaplain) and Helen Field (Countess de la Roche) also sang with conviction and passion. 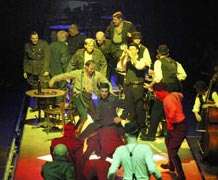 The choreography was superb and distinctive. The dancers, especially when a jazz band played on the walkway, strutted their talent and energy. The lighting was both protagonist and antagonist, communicating convincingly the emotions that were flying back and forth on the walkway. The costumes were simple but telling: German military uniforms, Marie’s red dress in the rape scene, Wesner’s business suit and derby, Charlotte’s white dress. 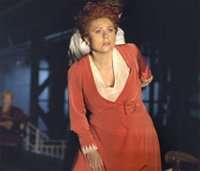 A cacophony of sound permeated the performance, from the opening bars to the lengthy snare-drumming in the last scene. The 110-piece Bochumer Symphoniker was placed to the left side of the audience. A large percussion section was placed on the right side of the audience. Steven Sloane conducted while seated. Strangely, even though the music was mainly loud and sustained, he conducted in an even-paced manner.

The music itself is controlled mayhem, with 12-tone elements, jazz rhythms, Bach chorales (from “St Matthew Passion”), a folksong and the ‘Dies Irae’ plainchant all juxtaposed. It’s a score that seethes with tension, and the musicians and conductor were more than up to the task. It is too bad that Zimmermann wrote only this one opera. His mind, too, was seething: he committed suicide in 1970.