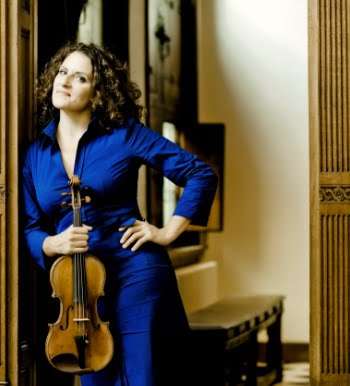 Classy, cultured playing comes naturally to Liza Ferschtman (Artistic Director of the Delft Festival) and Roman Rabinovich (winner of the 2008 Arthur Rubinstein International Piano Master Competition). For those of us seeking links, subtexts and lines of history, this cleverly planned Wigmore Hall recital proved an intriguingly organic journey. Most obviously, the G-major/E-flat trajectory of Brahms’s First Violin Sonata and Beethoven’s last permeated the flanking framework. Directly or through allusion, folk/gypsy drones stamped the Finales of the Beethoven and Bartók. However briefly, the abruptly juxtaposed musical, dynamic and temporal contrasts of Lutosławski’s Subito, written for the 1994 Indianapolis International Violin Competition, suggested/referenced Bartók as much as the down-rushing scales and “nicht diese Töne” element underscoring the Finales of Beethoven’s ‘Eroica’ and ‘Choral’ Symphonies. Then there was the biographical aspect. For one, the Hungarian connection between Joachim (Brahms) and his grand-niece Jelly d’Arányi (Bartók). For another, the resonance that in March 1922, invited by Peter Warlock, Bartók and d’Arányi premiered the First Sonata in London’s West End – not on the Wigmore stage, true, but in the nearby (since defunct) Aeolian Hall in New Bond Street.

Ferschtman’s paced Brahms stressed lyricism, throughout emphasising the ma non troppo, adagio and molto moderato elements of the score. Beauty of sound (her circa 1742 Guarneri ‘Benno Rabinof’ is a fabulously silken instrument) was a priority, ranging from the softest, cleanest entries to rich depths and sonorous voicing. Taking dynamics to degrees of daring quietness, almost playing/challenging the microphone (the concert was recorded), coaxing hairpin swells out of nowhere, characterised the more fantastical moments of her Bartók. Yet it wasn’t all about jewels in a glass case. When bite and attack was needed, it was forthcoming – albeit with a feeling that purity, bell-like intonation, and quality of tone mattered necessarily more than gratuitous bravura or extravagant theatre. Both the Bartók and Lutosławski are works of exacting difficulty and detail, metrically and expressively on the edge. Ferschtman made light of their complexities. Likewise Rabinovich, whose collaboration, sensitivity and feeling for ensemble – now tight, now yielding, playing to his partner’s rubato and climaxes – was a highlight of the evening. An ideal chamber player, his attention to articulation was notably impressive, punctuating legato lines with staccato crispness (wonderfully so in the Brahms), leaving his fingers to do the talking, taking care with his pedalling (at times classically spare). Every now and again the Bartók coalesced less as a Sonata with piano than one with chamber orchestra, its registers and inflections terraced in a grandly graded counterpoint of colours and nuances. 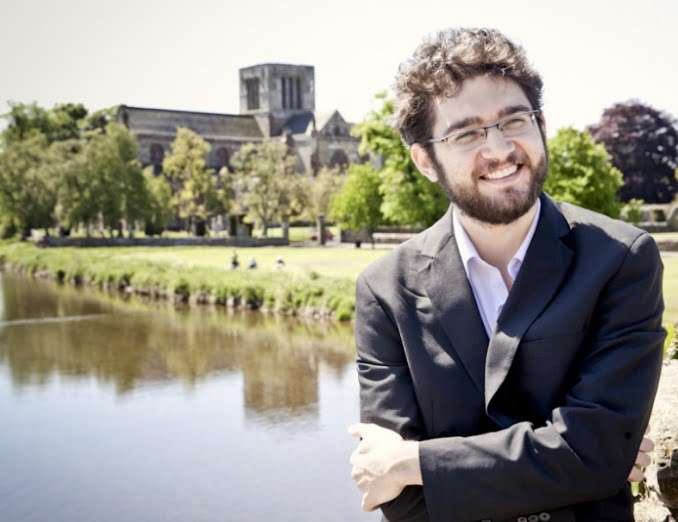 Elegance, clarity and radiance of spirit informed the Beethoven. In the Adagio the intensity of emotion and precision of execution defined the exquisite, refined and timeless. This was an honest reading that gave us Beethoven the poet, the wit, a man looking to the future. His more harmonically/texturally audacious figurations towards the end of the first and final movements found Rabinovich taking the spotlight, exposing each into strange, bleak pointers beckoning post-1900 Vienna in their momentarily disorientated anchorage. Ferschtman the ‘accompanist’ (“Sonata for Piano-Forte and Violin” declared the 1816 first edition, a distinctive ‘old’ labelling Brahms was also to share) blended easily if on occasion arguably too reticently (second subject group of the first movement).

Something of an aristocratic evening, then, intimately cast among friends. Looking around the darkened hall, seeing the audience engage, watching flirtations and passions unfurl, the scene took me back to the pages of Muriel Draper’s Music at Midnight and the rarefied chamber soirées she described more than a hundred years ago in the salon at 19A Edith Grove, Chelsea. Hours of masterworks and song, the greats of the day – Ysaÿe, Rubinstein, Thibaud, Szymanowski … Not all, mind, was serious, there were lighter moments too. And so with Ferschtman’s encore, Bartók’s Romanian Folk Dances. Possibly their flame was a touch contained (rough grit isn’t her style), but their embers glowed with fevered enchantment, the third, ‘Standing still’, doing just that, its harmonics floating high and lonely in the night air, a sad song whispered to the stars.