Bach [attrib.]
Trio Sonata in G, BWV1038
Bach
Fourteen Canons on the first eight notes of the bass of the Aria of the Goldberg Variations, BWV1087
Musikalisches Opfer, BWV1079 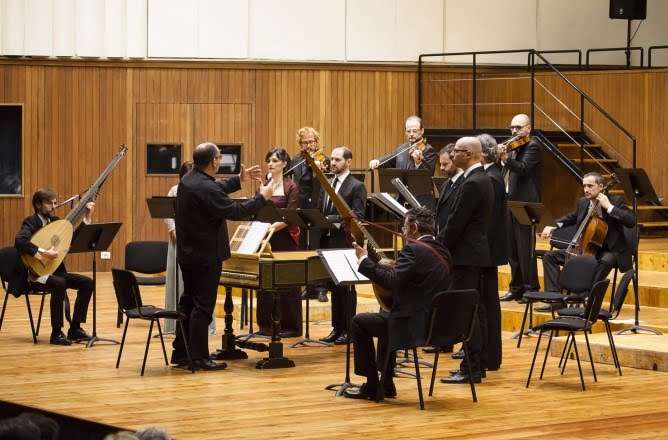 Listeners to BBC Radio 3’s Bach season over the Christmas period will have discovered, or been reminded of, a wide array of the great composer’s output. This Wigmore Hall concert introduced its audience to some of the most esoteric aspects of J. S. Bach’s extraordinary contrapuntal achievements – works which are perhaps overlooked in favour of the better-known compilations, the Well-Tempered Clavier, the Goldberg Variations, and Art of Fugue.

An analytical appreciation of the music’s finer technical points was not a prerequisite for enjoyment of this concert, however, as Concerto Italiano’s performances under Rinaldo Alessandrini’s direction revelled in the inventiveness of these works as opposed to their academic niceties. The Trio Sonata opening the programme is only attributed to Bach – it may stem from an exercise set for one of his pupils, as its bass line is the same as that of the Violin Sonata BWV1021. But for all its compositional skill, it was the music’s emotional content (in particular the weightier, slow first and third movements) which came to the fore in Antonio De Secondi’s languid violin-playing and more supple performance from Laura Pontecorvo on flute. The concluding fugue, however, exuded appropriate jollity in its theme that bears a not dissimilar profile to that of the Finale of Brandenburg Concerto No.4.

The Fourteen Canons were only discovered in the 1970s in a handwritten sheet appended by Bach to his copy of the Goldberg Variations, and they seem to comprise a part of the exercises in pure contrapuntal technique that preoccupied him during the 1740s, culminating in the Art of Fugue. The thirteenth Canon was known already as ‘Canon Triplex’ (BWV1076), which Bach submitted to Mizler’s Society of Musical Sciences, and it appears in the manuscript held by him in the famous portrait by Elias Haussmann of 1746. Concerto Italiano presented these Canons in one continuous sweep as Bach’s ingenious canonical developments of the first eight notes of the ground bass from the ‘Aria’ of the Goldberg Variations become increasingly complex. 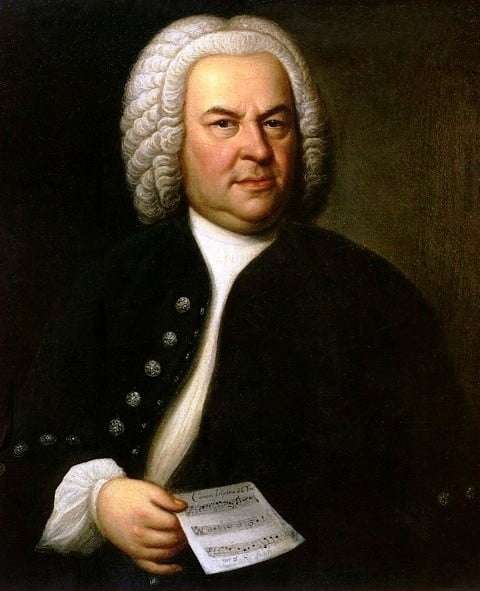 That theme was generally held throughout the sequence by Alessandrini on the harpsichord – effectively forming a passacaglia like Pachelbel’s famous Canon – and borne with an amiable lilt that instilled the rendition with a charm belying the music’s complexity. Cellist Marco Ceccato took over the theme in the Tenth Canon for its emphatic treatment in syncopation against itself, whilst the performers realised that ‘Canon Triplex’ (three canons at once) with a teasingly hushed playfulness.

The Musical Offering (1747) similarly explores the canonic and fugal permutations of a single theme – one famously given to Bach by Frederick the Great to improvise upon when the composer visited the court of the Prussian monarch. Bach’s considered response was this compendium of pieces based upon the supplied sinewy, chromatic melody. Alessandrini performed the two ‘Ricercars’ on the harpsichord, that in three parts given crisply and with clarity, not least in the more vivacious episode with triplet rhythms; and that in six parts with more solemnity and gravitas to allow the denser counterpoint to come through. He hit some wrong notes, but in a sense that inadvertently aided the impression of spontaneity in the music, in case it should all seem to have become too earnest.

The other players brought clear musical character to the arcane techniques – the violins playful and brisk in the ‘cancrizans’ (the theme played backwards against itself), ‘a 2 violini in unisono’ and ‘Quaerendo invenietis a 4’, whilst a tragic or sobbing demeanour instilled the canon ‘per Augmentationem, contrario Motu’, and that ‘per tonos’ (each reiteration heightening the tension as it modulates upwards through successive keys). That contrast was successfully integrated in the four movements of the Trio Sonata (alternating slow-fast, mirroring the Sonata at the concert’s opening), with a languid fervour again in its Largo, distinguished from the vivacious trills of the flute and the leaps of the violin in the second movement Allegro.

Abstruse as Bach’s counterpoint in these works might seem in their notated scores or in verbal description, these performances demonstrated the personable character of the music once it is brought off the page and into life.