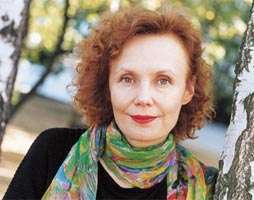 Following on from its highly successful inaugural concert of Mark-Anthony Turnage’s Scorched, the London Contemporary Orchestra here consolidated its standing in a diverse yet cohesive programme with a distinctly Nordic edge.

Although the composer has spent the greater part of her career in Paris, Kaija Saariaho’s music has never lost that luminous austerity which might reasonably be called ‘Nordic’. Nor is there anything routine about the realisation of her string quartet ‘Nymphea’ as the present work for string orchestra,Nymphea Reflection. Previous hearings have suggested that the separating-out of its six constituent sections sacrifices overall momentum, but this does serve to throw the always-fastidious contrasts in timbre and texture into distinct and more-audible relief. If this account was at its most gripping in the even- numbered, expressively immediate sections, then an attention to detail and balance was evident throughout, High Brunt ensuring that Saariaho’s rarefied soundworld was not without a corresponding emotional dimension – not least in the final ‘Misterioso’, with its fragments of a poem by Tarkovsky whispered by the musicians and insinuating themselves into the musical fabric.

Written for and associated to date with Anthony Marwood, Thomas Adès’s Violin Concerto is evidently a work admitting of a variety of interpretations and received such a performance from Thomas Gould. Thus ‘Rings’ had an assertiveness which gave it more presence than hitherto, Gould relishing the incisive polyrhythmic interplay between soloist and orchestra that arguably made more of this Ligeti-cum-John Adams synthesis, while ‘Paths’ evinced a greater (though never unsubtle) emotion in the confronting of the soloist’s lyrically intense writing with the orchestra’s stabbing interjections and often-volatile textures, then ‘Rounds’ exuded aggression (albeit of the more playful kind) as well as irony such as helped to bring about a greater sense of formal and expressive closure. With Brunt ensuring disciplined and tightly co-ordinated playing throughout, this was an appreciably different and, moreover, convincing take on a piece that continues to impress and dismay in almost equal measure.

Framing these works were pieces respectively inspired by, and by, Sibelius. Designated a ‘Hommage’, Erkki-Sven Tüür’s Searching for Roots draws from its array of post-Modernist and post-Minimalist techniques a resourceful and cumulative 7-minute span that pursues a downward trajectory as intently as it fashions its multi-layered textures into autonomous melodic lines. As a curtain-raiser, this assuredly holds the attention and was giving a bracing realisation by the LCO.

As was Sibelius’s Tapiola. This has accrued a formidable performing tradition over eight decades but Brunt did not shirk the challenge – finding a very plausible accommodation betweenthe extremes of stasis and dynamism within which the work unfolds but without undue emphasis on either so as not to impede its underlying momentum. Music in constant transition, Tapiola is Sibelius at his most determinedly elusive, but there was little sense of tentativeness or uncertainty here; rather a willingness to let individual ‘events’ register in themselves without drawing attention away from the whole. The climactic string crescendo could have yielded even greater physicality, and the final bars were arguably too inward, even passive for this most disquieting of resolutions, but Brunt had the measure of this masterpiece and the LCO responded with playing that – if a little bass-light intutti passages – combined control and spontaneity with an interpretative conviction that rarely faltered.

Another fine showing, then, for an orchestra and conductor whose ambition so far shows no sign of outstripping their achievement. Two more concerts in this first season are scheduled (September 6 and October 10), and those yet to hear this partnership in action should certainly take time to do so.