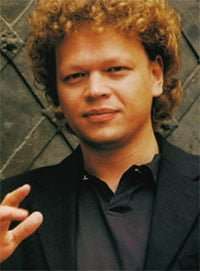 It is often claimed (with some justification) that the programmes of semi-professional, newly-constituted young professional, or youth orchestras are often more interesting, not to say more adventurous, than those of established professional organisations, but this concert, presented by the oddly-named London Firebird Orchestra in aid of the property industry’s estimable charity The Story of Christmas could hardly have been more mainstream. 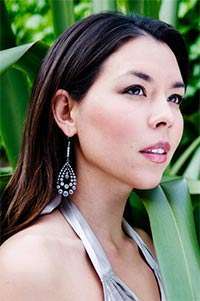 The danger here lies not necessarily in familiarity but in comparisons: here was the kind of programme that one can hear week in, week out, as given by the ‘big boys’ – how would such an orchestra as the London Firebird compare? As with any ensemble, either long-established or recently-established – more likely the latter – the results depend more on the quality of the conductor, and on this occasion the Firebird was fortunate to be directed by Achim Golub, a young Austrian musician, who – certainly on this showing – deserves encouragement and support from the highest level.

Interpretatively, he has that indefinable but nonetheless immediately recognisable ‘something’ that marks him out as a born conductor, as we noticed at once in a superior and wholly musical account of Mendelssohn’s familiar Overture. Tempos were a little on the broad side, and if the balance in Handel’s church may have occasionally been a little awry (the acoustic does not respond well to timpani), this was a consistently gripping reading. The soloists, in Dvořák’s most-famous operatic aria and in Max Bruch’s evergreen G minor Violin Concerto, were equally good and well partnered – the challenges of balance, vis-à-vis the orchestra were, in the main, successfully mastered in both instances, reminding us just how genuinely inspired these very different works are – but it was the performance of Dvořák’s ‘New World’ Symphony that took the prize.

As an interpretation, Holub’s account was totally convincing, and of no little musical distinction. The Firebird Orchestra may have lacked certain qualities when compared with the finest, but the musicians more than made up for it by their concentrated commitment and total involvement – qualities that not even the most famous orchestras consistently display – which could only have been brought out by their young conductor. This young man could go far.

The Spirit of Christmas charity, as Advent lies not too far ahead, and here celebrating 25 years of fund-raising and disbursements, could hardly have had a more compelling musical celebration of its first quarter-century. This was a genuinely exceptional musical event all round.