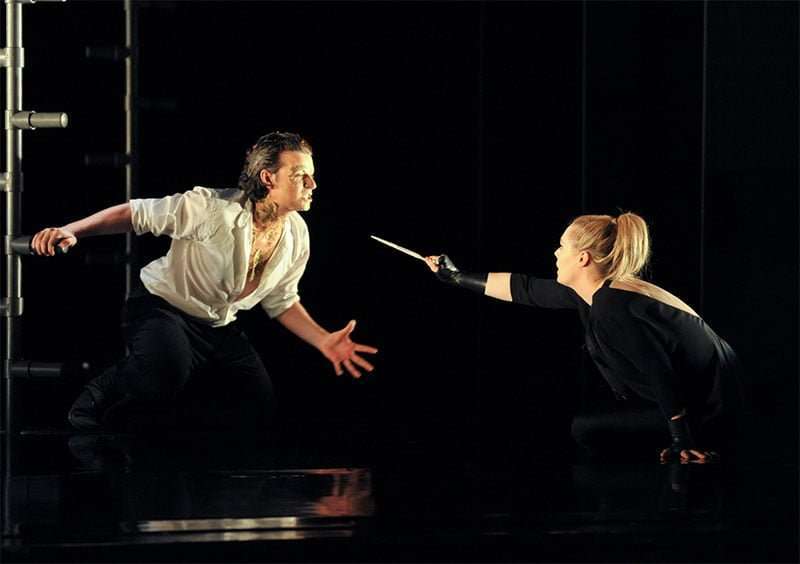 Following the opening performance of Semele, this year’s London Handel Festival turns to another drama recounting two of Jupiter’s many amorous adventures (conflating a pair of episodes from Ovid’s Metamorphoses) for the main staged production this season. It is a real rarity too in that Giove in Argo has not been seen in the UK since 1739 when Handel first mounted his pasticcio, due to the fact that no full score has survived. With the discovery of some missing arias, it has been possible to reconstruct all the music, which Alan Curtis recorded recently from the same reconstruction.

As an essentially pastoral opera set in the woods (where Jupiter takes the form of the shepherd Arete in order to woo Iside and Calisto), it is closer in style and form to Il pastor fido, or the masque, Acis and Galatea, and the serenata, Il parnasso in festa, than the composer’s many opera seria. For example, unlike the latter, Giove in Argo contains numerous choruses, Handel doubtless drawing inspiration from the oratorios he was also composing at the same time, most notably Israel in Egypt. 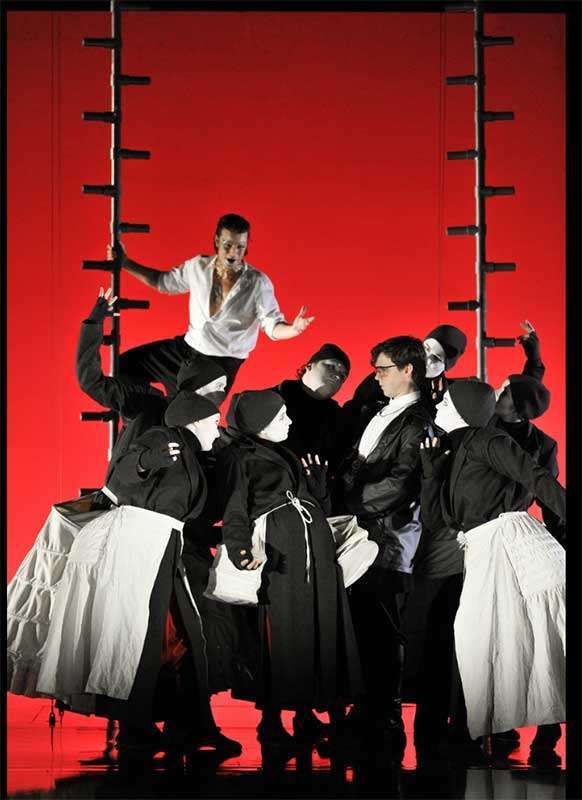 For better or for worse there was little notion of Giove in Argo’s bucolic aspect in the singing. Four of the six singers in this cast (which alternates with another in succeeding performances) were somewhat lacklustre initially: Matthew Buswell’s Licaone sounded vocally rough, Rose Setten lacking radiance as Diana, Angela Simkin uninvolving as Iside, and Peter Aisher strained in his upper register and was not as musically alluring as he might have been for the seducer Arete. However, the high energy of Laurence Cummings’s direction of the London Handel Orchestra ensured that they picked up considerably in dramatic momentum later on. Even so, there was a tendency for the music to sound hard-driven and declaimed – both from the singers and from the pit – with unvaried dynamics and insufficient attention to the nuanced expression of Handel’s phrases.

Much more consistently convincing were Nicholas Morton and Sofia Larsson as Erasto (another figure disguised as a shepherd) and Calisto. Morton’s singing was fluent and lustrous, even as he demonstrated impressive, violent fury in ‘Col tuo snague’ as he berates Iside for her faithlessness to him in entertaining Arete’s advances. Larsson acquitted herself superbly in the most vocally extravagant role of the opera, which includes two show-stopping arias: the famous ‘Tornami a vagheggiar’ from Alcina, and nearly as fine, ‘Combattuta da più venti’ from Faramondo. Her vocal skills were fully commensurate with the demands of the coloratura.

James Bonas’s production also makes very little reference to any sylvan idyll, but hinted at the work’s darker aspects with a mainly nocturnal set. Trees were suggested by thin poles with staggered pegs, up and down which the characters and chorus climbed from time to time. That proved less distracting that it betokened at first, and a web of inhibiting ropes created a metaphorical visual spectacle for the restriction on Calisto’s ability to respond to Arete’s overtures on account of her vow of chastity to Diana, the virginal goddess of hunting. Iside’s descent into madness after Erasto’s accusations was vividly realised by dispersing the choir members around the auditorium so that different musical strands came at her (and the audience) from many unseen directions. In this, as elsewhere, the singing of the chorus was well-honed and intertwined, though heavily rolled Rs became an affectation.

Despite the imperfections noted here, this still makes for a cogent account of an opera which deserves to be at least as well known as any of Handel’s thirty-nine originals. Cummings and his ensemble amply demonstrated its musical quality and dramatic viability (more complete than that of Handel’s other two pasticcios on his own works, Oreste and Alessandro Severo) and Handelians should find no reason to deny it a place alongside the rest of the canon.