Handel
Teseo – Opera in five Acts to a libretto by Nicola Francesco Haym, after Philippe Quinault’s Thésée [sung in Italian] 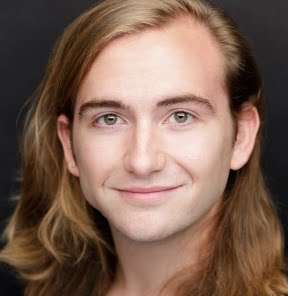 Teseo (premiered 1713) is, in a sense, the closest Handel came to composing a French opera in that its libretto is based upon one originally written for Lully, and its Classical mythological subject (rare for Handel) retains the characteristic five-Act structure, unique among his stage-works. Despite a more fluid and fast-paced sequence of accompanied recitatives and ariosos among the usual more extensive and formal da capo arias, this opera’s effects remain entirely Italianate.

David Bates and the cast of young singers from Royal Academy Opera brought those off superbly, with their robust, full-blooded account of this drama, which constitutes Handel’s second ‘magic’ opera, in reference to the spells cast by Medea. By virtue of the stunning variety of her music, and the carefully calibrated development of her personality from a lovelorn woman, to a jealously erratic, vengeful sorceress, it is really her opera, and it presages the even greater study in musical wizardry which Handel achieved with Alcina two decades later. Heavy-handed chords from La Nuova Musica portentously announced Medea’s first appearance (not until the beginning of Act Two) from which point Leila Zanette gave a dramatically commanding performance, ending with her storming down the nave of St George’s to confront the other characters in her last-ditch attempt to thwart Teseo and Agilea’s partnership.

The rest of the singers were equally keen to prove their mettle with their strongly declaimed performances, urged on by Bates’s impulsive but purposefully driven direction. At times their renditions of the arias almost became wearing, but that was really only on account of the relatively confined space of the venue. In any case, it is a pity that the fervent energy did not find an outlet in a fully-staged production, as it would undoubtedly have served the drama well.

Certainly the Baroque doctrine of Affekt was well served here with the diversity of emotions and moods vibrantly embodied from one number to the next. Patrick Terry’s Teseo combined both purity and strength of tone without strain, despite the high range of the music. The assertive performance by Meinir Wyn Roberts as his beloved Agilea was nearly a match for Zanette’s Medea, though by softening a little, in order to convey more affection and charm, this would have provided a more effective contrast between the two very different sorts of lovers they each represent.

Emilie Cavallo’s expressions of love as Clizia were more coquettishly goading than implying any doubt or anguish in her tiffs with Alexander Simpson’s Arcane. Like Teseo, he combined a strenuous depth of tone with crisp execution of his music. His and Cavallo’s jaunty musical embellishments to their concluding duet ‘Unito a un puro affetto’ were erotically alluring. As the king, Egeo, who is tempted by Medea to collude in the attempted murder of Teseo before discovering that the latter is, in fact, his long-lost son, Frances Gregory maintained cool dignity throughout, providing a point of dramatic steadiness amidst the suspicions and quarrels which play out before the happy ending.

La Nuova Musica offered some warm and rich colours in its support, underpinned by the resonant tones of the continuo instruments. Bassoon and oboes mixed to create a mellow timbre for Agilea’s ‘Vieni, tornai dolomio’, whilst Joseph McHardy at the harpsichord filled in the textures both of the arias and the sparser chords of the recitatives with some enticing flourishes, and Leo Duarte offered two prominent oboe solos which were wonderful to hear.

This was Baroque Opera as it should be, realised in an assured and imaginative fashion, so as to allow the work’s vivid contrasts and colours to emerge, and the artifice of its formal structure to serve the emotional dictates of the music. With performers of this calibre, such repertoire has a great deal more to offer and beguile audiences.