This was the third of Handel’s pasticcios Leo Duarte has presented with Opera Settecento at the London Handel Festival (following Elpidia and Ormisda; though OS has also given Catone in Utica with a different conductor). Duarte has prepared new editions from original sources to bring to light this intriguing aspect of Handel’s operatic output, in which a musical patchwork was created by threading a variety of arias from other composers’ operas. 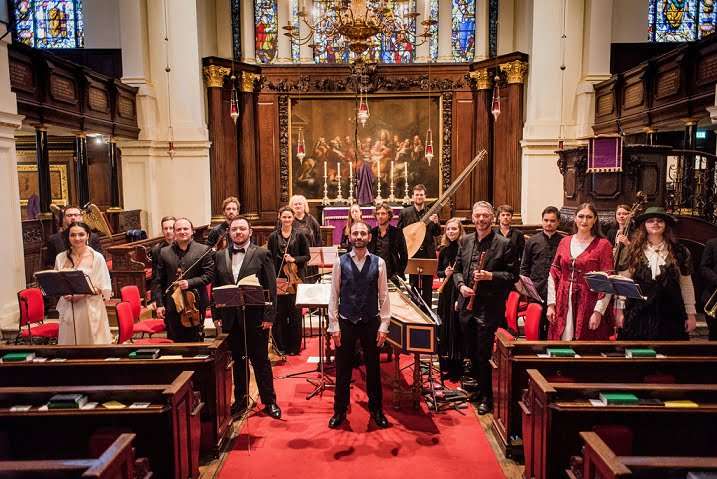 For Venceslao (1731) Handel adapted a pre-existing text by one of the most prominent librettists of the period, Apostolo Zeno, and drew upon operas by Vinci, Porpora, Giacomelli, Orlandini, Porta, Pollarolo, Hassi, Lotti, and Capelli, alongside two arias of unknown provenance. The Overture is probably also not attributable to Handel as it follows the Italian three-movement fast-slow-fast structure, rather than the typical French model he adopted for his own operas. More so than the two other pasticcios which Duarte has performed, Venceslao demonstrates a more consistent stylistic synthesis in the selected arias in that they represent the more up-to-date Italianate fashion with a clearer, lucid texture of crisp, long-breathed melodies over more-homophonic accompaniments, and often pounding bass parts – the sort of style that would eventually lead away from Baroque exuberance to Classical simplicity.

True, the succession of arias come to sound rather homogenous, compared with the harmonically and contrapuntally rich and varied settings Handel’s genius was able to bring to bear upon the librettos he put to music directly himself. But in the hands of Duarte – astutely and vigorously attuned to the Baroque Affekt of each number – this pastiche was forged into a convincing and coherent whole by the sheer energy and vim of the resulting performance. That was evident as much in the rhythmic bounce imparted to fast arias by OS as in the more gentle lilt instilled in slower ones, as well as the effective dramatic pacing of the recitatives, avoiding any lull in tension.

Venceslao tells the story of the eponymous mediaeval King of Poland, whose two very different sons vie for the hand of Erenice. She wants the gentle-mannered Alessandro, for whom she is wooed by his friend Ernando, recently triumphant in battle. Alessandro’s jealous brother, Casimiro, believing that Ernando is his rival in love, commits murder in the bridal chamber, only realising later that it was Alessandro to whom Erenice had been betrothed, and that he has therefore inadvertently killed his brother.

In the title role – unusually, for a Baroque opera, given to a tenor – Nick Pritchard charted the range of situations the King confronts with lyrical authority, as he vacillates between paternal leniency and public justice in contemplating capital punishment for his son but eventually abdicates in favour of him when a rebellion emerges. As that recalcitrant son, Michał Czerniawski contrived to sound wily and scheming at first as he vents his jealous rage, and then becomes (apparently) contrite and humble as he faces justice, with the smooth, pure lustre of his singing.

Rather like Donna Elvira with respect to Don Giovanni, Lucinda, the Queen of Lithuania, remains improbably devoted to Casimiro, having first been betrothed to him, although he denies that in his new-found ardour for Erenice. Lucinda thinks it would be a dishonour to her if Casimiro were to be executed for his crime rather than keep his promise to her, which is why she stirs up the populace in his favour. Helen Charlston expressed steadiness and determination that helped, at least at the musical level, to make sense of her motivations. Galina Averina was equally forceful and dedicated as Erenice in seeking Casimiro’s punishment, though combined with vocal allure to bring out the attraction she holds for him and Alessandro, as well as Ernando initially. In the latter role Olivia Warburton overcame an ailment to sing with clarity and precision, although one aria was cut as a result of that, with just its robust ritornellos performed in order to give the flavour of that number. Christopher Jacklin turned in assertive accounts of the brief parts of Alessandro, and a court official, Gismondo.

An enthusiastic cast and orchestral support successfully brought this composite work to life, but the honours certainly lie with Duarte in having the insight, commitment, and vitality to make this revival of an obscure musical document far more than a mere academic exercise.