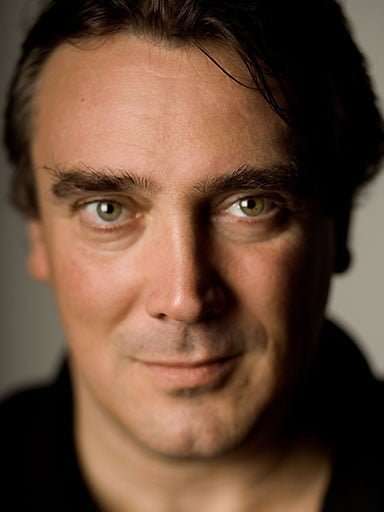 Jaime Martín is no stranger to London as a musician, whether as a flautist with this very orchestra, the London Philharmonic, or as a guest-conductor at English National Opera and Guildhall School. He currently holds positions at the Gävle Symphony Orchestra and Orquestra de Cadaqués. His rise through the conducting ranks has been swift and his concerts always promise much, for he is a demonstrative presence on the podium with plenty of strong ideas regarding the music he conducts. Here he was returning to his previous employer – from magic flautist to vibrant maestro.

Nevertheless, Scheherazade was a bit of curate’s egg, a little untidy in execution occasionally, and introduced with a stentorian summons from the trombones that colloquially can be translated as ‘too bloody loud’, if an arresting portrayal of a cruel potentate. There were other moments when these players were encouraged to scythe through the music to damaging effect. I really do fear for the hearing of the trumpeters sitting directly in front, although they too had their moments of ear-stinging fortissimos. Otherwise there was much to enjoy and admire, through tempo-flexibility and in the conjuring of fantasy, although not consistently, for in the second movement (‘The Kalendar Prince’) Martín’s primary-colour rendition was gratuitously aggressive at times, giving the impression that Rimsky had miscalculated balances and was a poor orchestrator – nothing could be further from the truth.

The best bits, and they were numerous, were impressive, such as the salty, sea-spray strings during the opening ‘The Sea and Sinbad’s Ship’, notable contributions from cellist Kristina Blaumane and oboist Ian Hardwick whenever they played (although Pieter Schoeman’s violin contributions, depicting the eponymous soothing storyteller, were less than seductive and a little tremulous), the silkily turned ‘The Young Prince and the Young Princess’ with beguiling clarinet and flute arabesques, mellow cellos and affecting amorous sweep, and a finale (beginning with jacked-up double bass dynamics, to good and heightened effect, just like Celibidache used to do) that was niftier than the norm (sometimes over-pushed), a challenge that the LPO met head on and won. Well and truly lodged in the memory is Gareth Newman’s bassoon solo early into the second movement, eloquently and elastically shaped to richly expressive effect.

Titanic, Braveheart, Avatar, The Amazing Spider-Man, The Perfect Storm, Apollo 11, The Mask of Zorro… the list isn’t endless but it is now in three figures in terms of the number of films that James Horner has successfully scored for. His Collage started promisingly with an ear-catching refrain, giving the scenic impression of the four horn-players calling across mountaintops, descriptive music that went straight to the senses. But not for long, for Horner’s reliance on repetition and trite motifs made the piece blander and blander. His orchestration is rather extravagant in relation to the end result, including two each of piano and harp, a celesta, four trombones (the fourth not a ‘bumper’ for there were four distinct parts to be heard), tuba, and a five-person percussion section plus timpani. Woodwinds are Classical in number. Coming down from on high and equating Collage to being on board a ship (not the Titanic), it was like setting-off, getting so far, and then returning to the port – several times, the same journey. Even at the end of a ‘long’ 22 minutes and with some sort of resolution, the shoreline and scenery had hardly changed. At least Horner avoided the horn clichés of heroism and hunt.

A splendid maiden voyage though, the four soloists (two either side of the podium), led-off by David Pyatt, played marvellously, with refulgent tone and collegiate interaction, and the LPO and Martín were good sports on behalf of Horner’s inoffensive if more and more dull piece.

One of Tchaikovsky’s imperishable masterpieces, Romeo and Juliet, opened the concert, the LPO and Jaime Martín at their respective bests, coming together for a thrilling performance, opening with a strikingly sombre portrayal of Friar Laurence and yielding much dynamic suspense, misfortune looming large in the crepuscular textures. This was a tragic tale well told, whether through fight, romance or emotional tempest, not forgetting love-making under the stars (however ill-fated for the unlucky couple). This was a compelling, honed and heart-tugging account that did Tchaikovsky and Shakespeare proud.