A generous (long, 7.30-10.10) concert of string-orchestra pieces all from the 1930s, more a programme for the recent sojourn to the Queen Elizabeth Hall (while the Royal Festival Hall was refurbished), where indeed most of these works had already been played. 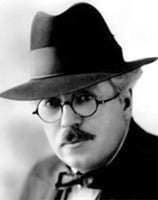 Benjamin Britten’s tribute to his mentor, Frank Bridge, was written quickly for the Boyd Neel Orchestra during the summer of 1937 for performance at that year’s Salzburg Festival. It’s a work of dazzling brilliance given here a reading of incision and sweep, occasionally smudged if marked with a keen sense of anticipation in the opening statement of Bridge’s string-quartet theme; but there was too long a gap before the Variations began and also between them. ‘Just’ six each of cellos and double basses and the strings as a whole sitting more into the body of the platform than the norm robbed some immediacy from the music (despite the lucidity of the acoustic). The parody of certain Variations could have been played-up a little more, yet the rage and foreboding of ‘Funeral March’ was aflame, the eerie formation of ‘Chant’ suspenseful (if not to the gentleman snoring peacefully near me!) and ‘Fugue’ found the musicians as nimbly responsive as required. 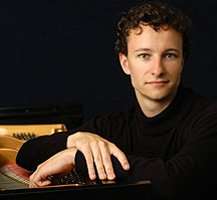 Aside from their precociousness, stylistic likeness between Britten and Shostakovich was underlined by juxtaposing the Frank Bridge Variations with the Piano Concerto (1933). The ribaldry of Shostakovich’s effort was here underplayed although the strings certainly discovered the score’s innermost secrets. Lacking was the work’s irony, not least from Martin Helmchen, who although technically immaculate, did not really enter into theatricality of the piece, missing its edge, melodrama and ‘silent movie’ pastiche. Paul Beniston (the LPO’s principal trumpet since 1994) gave a commanding account of his part (alternating two trumpets), colourfully and technically secure, open- and darkly-toned, and ideally laconic. 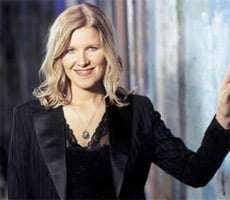 Although Sally Matthews was not the original soloist for this concert, there had been time to incorporate her into the programme-book rather than add-in a slip of paper noting her as the replacement for Marisol Montalvo (not appearing due to “scheduling difficulties”). Jurowski’s launched “Les Illuminations” (1939) on a whisper of sound and closed it with a beautifully judged fade to nothingness. In between, Matthews gave an intense, operatic – somewhat wearing – account of these settings of Rimbaud, syllables attacked and with little in the way of light and shade or dynamic variance; there’s something more off-the-cuff about ‘Royauté’ (Royalty) but spot-on intonation from all concerned was notable for securing the ‘strangeness’ of ‘Being Beauteous’ (if less of a bouquet for an audience-member’s sneeze that cut through the magically held ending!).

After some considerable platform alteration – now with enough players to make two sizeable and antiphonal string orchestras (each with five double basses) with centrally-placed piano, celesta, harp and percussion (timpani at the back separating the basses) – the highlight of the concert was Bartók’s masterpiece (1936) in which the fullness of the ensemble was apt for the Royal Festival Hall. This was an exacting account, clarity the byword, especially atmospheric and restless in the ‘night music’ third movement (glissandos acutely observed) and Jurowski introduced perfectly timed attaccas to link the movements – even the emphatically ending second to the single strokes on the xylophone to begin the third – not requested but very effective (and which could have been scuppered by anyone applauding injudiciously). If some corners of the faster-music movements were less than elegantly turned and, in the finale especially, some tempos lurched and the playfulness of the more obviously ‘Hungarian’ rhythms was suppressed, there was also a powerful concentration – a desire to bring this great work off as well as possible – that made for compelling listening.