It may have gone through several changes of order, but this first concert in the London Philharmonic’s 2011-12 Season was an unusually well-balanced and considered programme – drawing three distinctive and contrasted composers into a sequence of anticipations and reflections that offered a singular take on 145 years of music. 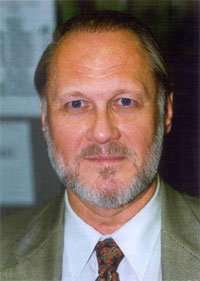 While not the rarity it once was, the original version of Mussorgsky’s Night on a Bare Mountain (1867) still leaves a startling impression in its abrasive sonorities and oblique handling of ideas which are appreciably regularised in the familiar Rimsky-Korsakov version. Most performances have deployed Stravinskian rhythmic precision through which to convey its overall quirkiness, but Vladimir Jurowski opted for a more flexible approach – thereby bringing out those subtleties that belie the composer’s still-lingering reputation as an inspired amateur. The work thereby gained notably in formal cohesion and expressive depth as a result.

Mussorgsky’s piano output features various miniatures that place his creativity in a very different light, not least the delightful brace composed in 1879 while on a recital tour of Southern Russia and the Crimea. Both In the Village and On the Southern Shore of the Crimea alternate between wistful evocation and lively dance, which aspects are enhanced in the sensitive and restrained arrangements by Bernd Alois Zimmermann – the German composer who spent the immediate post-war years not only defining an idiom but also orchestrating a variety of music for theatre and radio. Rescued from likely oblivion, they would make admirable encores.

A complex and ultimately tragic figure, Zimmermann (1918-70) was further represented by his penultimate work. Described as ‘orchestral sketches’, Stille und Umkehr (1970) assembles modest yet diverse forces for its nine-minute journey around the note D – calmness and evenness of rendition being crucial to its remote yet eventful unfolding. Uniquely among the composer’s later works, quotation and allusion are absent – any implicit references having vanished almost before they can be sensed. With its raptly inward progress over an unyielding blues rhythm on side drum, this is music in which ‘less is more’ could hardly be more appropriate.

An epithet Alexander Raskatov might have done well to bear in mind when writing A White Night’s Dream (2010). Justifiably acclaimed for his opera A Dog’s Heart when it was staged by English National Opera last year, Raskatov is evidently a composer at home within a variety of expressive contexts. Lasting around 20 minutes, the present piece evokes the ‘white nights’ of the St Petersburg summer defined by such figures as Mussorgsky and Dostoevsky – in music whose parameters are bounded by the array of percussive overtones and string harmonics out of which it emerges. The problems arise when Raskatov attempts to integrate these with more animated or dynamic material, leading to an overly stop-start discourse that frustrates more than it intrigues. Nor are the salient ideas overly distinctive, resulting in expressive stalemate well before the end has arrived. Jurowski drew a potent response from the LPO, but one which failed to vindicate the work as a whole.

Raskatov is perhaps best-known for his painstaking realisation of Alfred Schnittke’s valedictory Ninth Symphony, and his ability to illuminate the music of others was well demonstrated in his orchestration from 2007 of Mussorgsky’s Songs and Dances of Death that rounded off the evening. With its array of tuned percussion as well as keyboards, the starkness of the original could easily have been diluted, though there was no lack of tenderness in the opening ‘Lullaby’, then pathos and irony in the ‘Serenade’ and ‘Trepak’ that follow. Sergei Leiferkus’s mellifluous if not especially penetrating baritone was at times covered over by the orchestra, though he rose impressively to the pitiless fatalism of ‘The Field Marshall’ – prior to which the last of Raskatov’s orchestral interludes amply justified its presence with its vividly Mussorgskian overtones. Not an orchestration likely to supplant that of Shostakovich, maybe, but an eminently worthwhile one that deserves the occasional hearing.