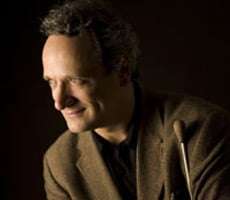 This had all the makings of a fine concert, coupling Mozart’s C minor Piano Concerto – perhaps his finest – with Schumann’s Fourth Symphony, and prefacing each of those works with a striking overture: the one that Weber wrote for his romantic opera “Der Freischütz”, plus Beethoven’s for “Coriolan”, his powerful encapsulation of H. J. von Collin’s eponymous tragedy, a drama first produced in 1804.

The acid test of the success or otherwise of an operatic overture, even in a concert, is whether at the end one is left hungering for the opera itself. Here, for “Der Freischütz”, the dark opening tones emerging from the horns and lower strings created just the right mood, and there was certainly some lovely playing from clarinettist Robert Hill. But when expressivity was most needed, there was rarely sufficiency of it. This was evident with each occurrence of the ‘Agathe theme’, but elsewhere, too, mood-shifts were not handled with great imagination, and moreover there was a shortage of mystery and menace. True, it requires insight approaching genius to gauge all these facets to perfection (Carlos Kleiber is inescapable in this connection), but the present performance fell considerably short of the mark. As for the Beethoven, the opening certainly commanded attention, and the ensuing playing from violins, horns and winds was impressive. But the performance was likewise insufficiently nuanced, offering surface effect rather than achieving a palpable sense of catastrophe, the very essence of the piece. 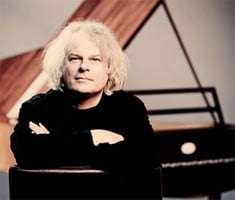 In the Mozart, Ronald Brautigam replaced the indisposed David Fray, substituting K491 for the E flat Piano Concerto (No.22, K482). Brautigam is especially noted as an exponent of the fortepiano, upon which instrument he has recorded the complete keyboard works of Haydn and Mozart. His experience in that regard may account for the rather clipped and emotionally restricted style of pianism evident in this performance. It seems that his conception of the C minor, and probably of other concertos in the Mozart canon, is deliberately detached in tone. It is an approach that undervalues the music’s expressive intentions; and one that is the very antithesis of the approach of another pianist heard in London quite recently. Louis Langrée’s accompaniment was less than inspiring; and while Hill’s fluid clarinet-playing was again a delight, the contribution elsewhere from the winds felt less than ideally focused – unfortunate in a work where it is of such great importance. In the Larghetto there was a rich contribution from horns and lower strings, and with the onset of the finale both soloist and orchestra (winds now very impressive) seemed far more at ease, as they effectively projected the Theme and Variations and brought the work to its spirited conclusion.

To conclude the concert, Louis Langrée directed Schumann’s 1851 revision of his Fourth Symphony, in which the scoring was thickened compared with the 1841 original, and the previously separate movements became linked. While the orchestral playing was polished throughout, not least from the horn section led by John Ryan, in the first movement there was a decided dearth of true passion, and passages that should really have ‘sung’ made much less effect than ideal. Pieter Schoeman brought a sure touch to the violin part in the ‘Romanze’, contributing to the sense of tenderness that pervades the movement. Langrée drew not only a palpably energetic response from his players in the scherzo, but equally brought an infectious lilting quality to the gentler episodes, where strings and winds responded to each other with intimacy. However, the linking passage to the finale lacked that sense of mystery through which the spring into the movement can achieve maximal impact. The grand conclusion of the symphony was effectively done, even if – as in the work as a whole – structural cohesion and a sense of direction were notable by their absence.