The Lay Vicars of Westminster Abbey* 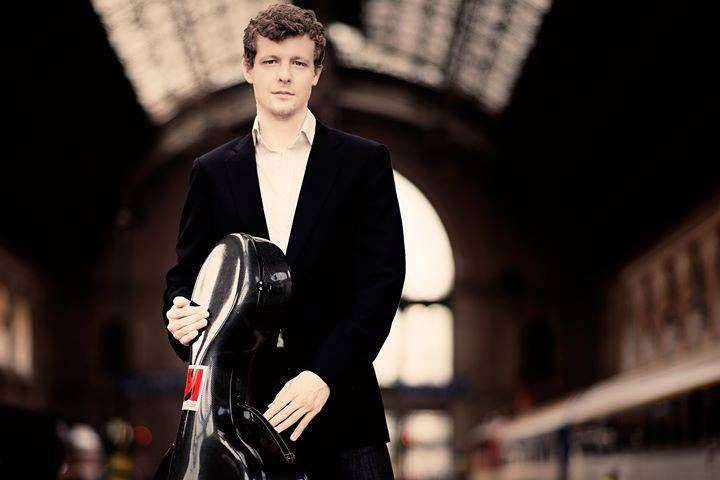 With its programme book curiously shorn of the concert’s marketing tag – “Faith from the Shadows” (and with no overall Belief and Beyond Belief introduction either) – this London Philharmonic concert under Principal Guest Conductor Andrés Orozco-Estrada looked east, in the first of two programmes featuring music from the twentieth-century Soviet era.

It’s an easy enough concept to grasp: the need for some sort of faith while living through the privations and horrors of wartime Soviet Union and its bloody aftermath, with Stalin’s personal and ethnic purges, and Shostakovich’s First Cello Concerto – admittedly a post-war/post-Stalin work from 1959 – fits the bill with its anguished solo part pitted against the orchestra (though with reduced winds, only one horn and no trumpets and trombones). The imposing soloist was István Várdai, towering over both his cello and the conductor. Certainly he produces a generously sonorous tone that at some points I felt too beautiful for Shostakovich’s trajectory of pain and intimacy leading to defiance, but the pivotal cadenza, between the slow and final movements was as powerful and dextrously virtuosic as you could want. Orozco-Estrada, ever the watchful accompanist, garnered detailed support from the London Philharmonic, with David Pyatt’s ringing horn solos adding to the overall mix.

The curious layout of the concert precluded an encore from Várdai. Instead, with all-but strings vacating the platform and the London Philharmonic Choir in readiness, we turned to post-Soviet times (1996 to be precise) for Latvian Pēteris Vasks’s contemplative setting of Dona nobis pacem, with no additional text needed – the quarter-of-an-hour work simply repeats this plea for peace. In some sense it is like a mirror image of Arvo Pärt’s Cantus in memoriam Benjamin Britten written two decades earlier. Here the trajectory is slowly upwards, but the slow intertwining string patterns are similar, with the chorus lines similarly interweaving to mesmeric effect. While the soundworld offers a diatonic balm now determinedly recognisable as post-Soviet (whether from the Baltic, or from Georgia, à la Kancheli), the use of only three words certainly began to lose the interest of some of the audience, judging from interval comments, but all credit to the London Philharmonic Choir for negotiating so skilfully this austerely chaste Latin setting. 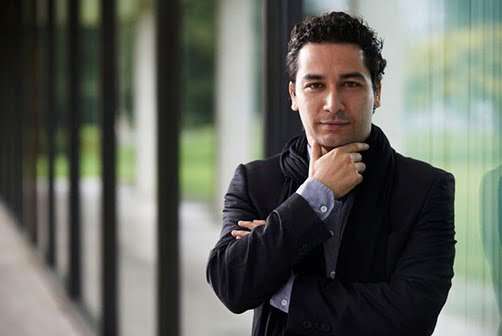 Given that a liturgical rendition of the ‘Dies irae’ – opening the concert’s second half, courtesy of the seven red-cassocked Lay Vicars from Westminster Abbey – could preface most Rachmaninov works, with his predilection for quoting the Medieval Chant, perhaps the biggest surprise of hearing it immediately before his Symphonic Danes was that I’d not heard it done this way before. With lights dimmed almost completely, the seven Vicars spot-lit (negating the printing of the text and translation in the programme), the seamless transition to Rachmaninov’s stuttering string pulse to start was a split-second too long, so a smattering of clapping broke the spell as the lights on the orchestra came up. Thankfully it didn’t mar the players’ concentration, and Rachmaninov’s vibrant instrumental imagination seemed all the more vivid after the austere Chant that prefaced it.

Orozco-Estrada moulded the contrasting sections with care – the transition in the opening Non allegro into the alto-saxophone solo (Kyle Horch) was a case in point, but each movement had similar felicities. Having heard the ‘Dies irae’ in its original form, I now could here that Rachmaninov hints at it in trumpet phrases in the Finale, before the brass as a whole crashes in with it to bring this fabulous work to a close, here with Orozco-Estrada allowing the tam-tam crash to die naturally away – far longer than the dotted crotchet the score states, and longer than the staccato quaver the rest of the orchestra is instructed to play. His way also had the advantage of disarming any senseless enthusiast’s shout of acclamation and marked the end of a well-conceived and well-executed programme. I was a bit concerned that Orozco-Estrada had forgotten the men in red, but he eventually gesticulated to them to take their bow.