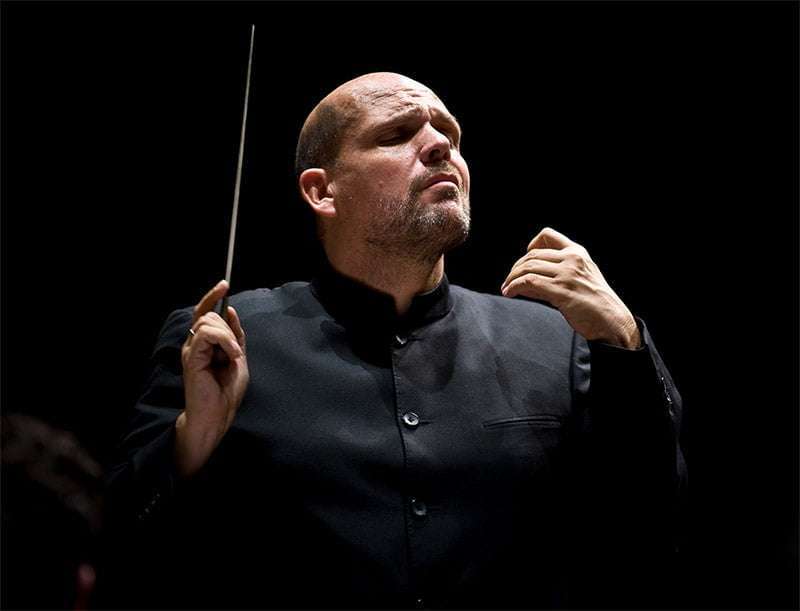 Jaap van Zweden opened this London Philharmonic concert with music by his fellow Dutchman Johan Wagenaar (1862-1941). Cyrano de Bergerac, completed in 1905 and first-conducted by Gustav Mahler, is more a tone poem, exuberant and melodically generous. It would be (too) easy to cite Richard Strauss as a benefactor, for the music has a flavour of its own, vividly scored, and here it enjoyed a vital, foot-tapping rendition in which the long lyrical lines found the LPO strings in particularly lustrous form.

Magnus Lindberg’s Violin Concerto No.2, for Frank Peter Zimmermann, is to be shared between the LPO, New York Philharmonic, Berliner Philharmoniker, Swedish Radio and Radio France. It proved to be the best so far during Lindberg’s current residency with the LPO. In three continuous movements – the first two marked Crotchet = 63, the last Crotchet = 126 – a first impression is to wonder where each starts, and the cadenza seemed somewhat fanciful. The first movement might be termed (by this listener at least) an ‘introduction and allegro’, and once Lindberg has shaken off Berg’s Violin Concerto in the former the music takes on a busy and animated stance that holds the attention.

The work is scored for a conventional orchestra, strings, ‘classical’ woodwind plus bass clarinet, brass minus tuba, timpani, enough percussion for two players, celesta and harp. The music often seems airborne, the climaxes have a filmic (sun-rising) quality and if, across the 27-minute whole, there seemed a few cul de sacs to be reversed out of, and the very close – a sinking down and stopping – was disconcerting in its inconclusiveness, this is a likeable and engaging creation if not without a few doubts and unanswered questions. 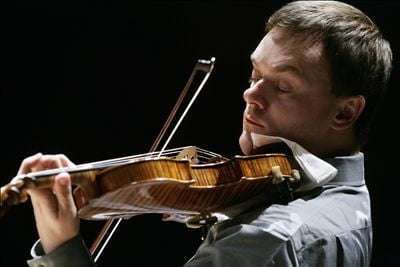 There was no querying Zimmermann’s superb playing, however – his flawless technique and lovely sound (including a gleaming upper register) were pleasures in themselves – and the LPO was in top form to make for a successful birth in the presence of the composer.

After the interval, Jaap van Zweden (currently with batons residing in Dallas and Hong Kong) conducted an impressive Beethoven 7, all repeats observed. Although tempos were consistently on the quick side, van Zweden (who has recorded all Nine Symphonies, with second versions of 5 and 7) didn’t push the music, keeping a dance-like quality that reminded of Wagner’s oft-quoted comment. There was an unstoppable quality to this performance but without ram-raiding. Van Zweden was convincing throughout, so that the second-movement Allegretto – here quicker than usual, somewhat balletic and with the cello and bass pizzicatos uncommonly prominent – seemed absolutely right and with no denuding of its expressive power.

The Scherzo, swift but remaining terpsichorean, surrounded a Trio that didn’t linger, and avoided bombast, and if the Finale was too fast (and not just because it’s marked Allegro con brio, rather than continuing the Scherzo’s Presto designation), van Zweden was still able to do things with the music (detailing, shaping and shading) so that it wasn’t solely about speed (unlike Yannick Nézet-Séguin and Marin Alsop in previous LPO accounts), retaining a sense of joy to the end. If persuasion is a significant element in the art of conducting, then Jaap van Zweden is in the premier league.