The London Philharmonic’s Stravinsky series continued into the start of its 2018-19 season with a programme bookended by two major twentieth-century Symphonies that took their composers a long time to finish – 1942 to 1945 in the case of war-exiled Stravinsky composing in Los Angeles; 1972 to 1983 for Lutosławski in Poland – with results that took liberties with tradition while keeping faith with the symphonic spirit. Both are vividly theatrical, and both thrived under Thomas Adès’s sure-footed sense of drama. 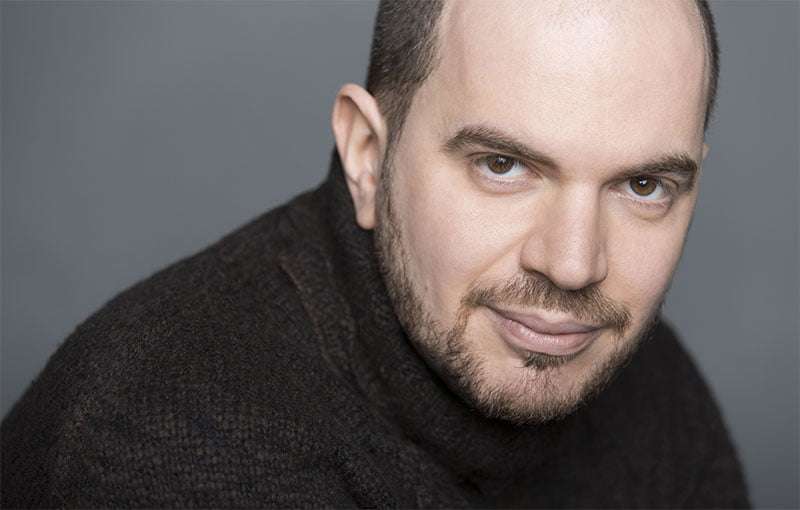 In Stravinsky’s Symphony in Three Movements – that took shape between Pearl Harbor and Hiroshima – Adès showed off his knack for combining Stravinsky’s ferocious rhythmic drive with a sumptuous sound. It suited the conflation of irony, fragmented marches and feeling of displacement brilliantly, and Adès and the LPO made every tight detail stick, with some marvellous woodwind sonorities and a memorable, concertante-like piano contribution. Adès pulled back in the Andante to focus on its balletic quality – it also reworks music from a putative score for the film of The Song of Bernadette, providing an oblique link between Stravinsky and Mahler, in that the Bernardette novel was written by Franz Werfel, Alma Mahler’s third husband. For a war symphony, Adès didn’t spare on the glamour, but never at the expense of explosive energy.

Glamour and energy played their part in the 2008 premiere of Adès’s creation-myth In Seven Days, described then as a Piano Concerto with Moving Image, since it was played in tandem with video-work by Adès’s then-partner Tal Rosner. It seemed that neither medium hit sparks off the other, and subsequent music-only performances have proved that the score holds its own, triumphantly so in Kirill Gerstein’s commanding and grand account of the piano’s role. This was star-quality playing, and the piece bloomed accordingly. The seven sections move through high-octane moto perpetuo, brief dalliances with minimalism, a magnificent pastiche of high and late pianistic romanticism at its most ecstatic and, to close, a highly-charge mysticism. The LPO showed off the music’s visual potential with conviction, the close-on half-hour sequence presided over by Gerstein’s maverick panache and tireless virtuosity. It was a scorcher, with his encore, the second of Adès’s Three Mazurkas (Opus 27, written for Emanuel Ax) cooling things down – but not for long, given Adès’s similarly visceral direction of Lutosławski 3.

The marvel of this post-war masterpiece (composed for Chicago and Solti) is how much it packs into its roughly thirty-minute span without sounding indigestibly dense. There is the obvious Beethoven 5 fate allusion in the opening repeat-note blast of brass that recurs to puncture the music while sending it off in a new direction; there are the aleatoric moments – in which the music rotates and settles without conductor, and a much-used device in contemporary music of three or four decades ago – that acquire a rather Brucknerian sense of being inside the composer’s mind; there is one of the great late-late-romantic surges of melody that keeps company with Sibelius and Shostakovich. These threads, and many more, are all there for the hearing and eloquently proclaim Lutosławski’s place in history and his originality. What they don’t prepare you for, however, is how powerfully and physically the music gets under your skin. Hearing it again, I had an unmistakable sense of aspiration very nearly achieved, Icarus almost not destroyed by the sun, before everything just evaporates. At least, that is what Adès and the LPO, on top expressive form, delivered in a performance that hinted at space through a brilliantly controlled taut mobility. This was quite a season launcher.