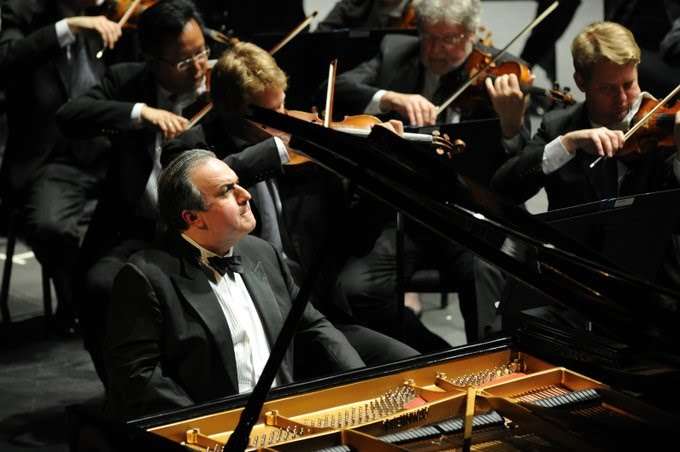 Throughout his life Richard Strauss composed Lieder and in his 1935 setting of Goethe’s Zugmessne Rhythmen (Measured Rhythms) he quotes a melody from the Finale of Brahms’s First Symphony to represent those who are talented and who seek new forms of art.

The three works in this LPO concert are examples of composers developing new forms: Brahms in his mighty four-movement B-flat Piano Concerto, Richard Strauss in Till Eulenspiegel, his most original orchestral work (until that point), and Elgar in 1913, moving away from the opulent world of his Symphonies (1908 & 1911) and the choral setting The Music Makers (1912), composed a portrait of a fictional character in subtle orchestral brushstrokes which, to this day, seems original and groundbreaking.

In many ways, because of their belief in the Symphony, the journey from Brahms to Elgar is a shorter one than that of Brahms to Strauss but the admiration of the two younger composers for Brahms links the music here. In a 1905 lecture Elgar considered the Third Symphony of Brahms to be “the height of music”, whilst Strauss’s view of the older composer was not dissimilar. In 1887 he said of Brahms’s Fourth Symphony that it was “beyond all question a gigantic work, with a grandeur in its conception and invention, genius in its treatment of forms.” As the pre-eminent German opera composer of his day Strauss might well have been amused if he could have been told of the comment of Sir John Pritchard when advised that Bernard Haitink was replacing him at Glyndebourne: “I did not know Brahms had written an opera!”. 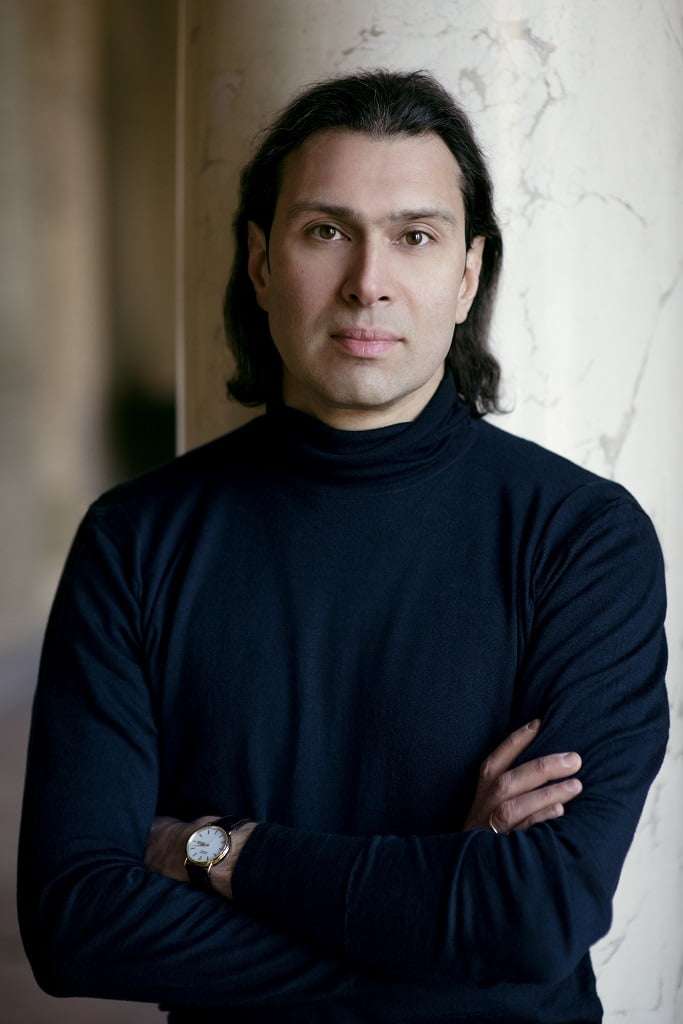 Vladimir Jurowski’s fine cycle of Brahms’s Symphonies recorded with the LPO is testament to his credentials in this composer. He is also a brilliant Straussian as his recent recording of An Alpine Symphony and music from Die Frau ohne Schatten demonstrates and this clean, beautifully detailed performance of Till Eulenspiegel further proved. Jurowski has been a reluctant Elgarian even though he has conducted the Violin Concerto on a number of occasions. It was good that Jurowski at last tackled a major orchestral opus of Elgar. Falstaff, of all works, seemed to me to be the piece which would most likely interest this widely read conductor.

So, two masterpieces ended this concert: Strauss’s mesmerising Till Eulenspiegel and Elgar’s subtle portrait of an old rogue failing to come to terms with sudden change. However, it was the magnificent edifice that is Brahms’s Second Piano Concerto that began the concert with Yefim Bronfam.

David Pyatt, that Rolls-Royce of horn-players, drew us into the embrace of the majesty of the Concerto as Bronfman’s piano serenely greeted him. Indeed, the horn section, revelling in Brahms’s orchestration added a glow throughout. The technical demands placed on a pianist by Brahms may no longer be a challenge for today’s virtuosos but the challenge lies in maintaining clarity and the line throughout the vast first movement so that the substantial number of themes and their variants are not obscured. The movement is by no means Brahms at his most comfortable for, beneath the surface, the music has its moments of passion and Brahms explores different tonalities, notably B-minor as we head into the development. Bronfman and Jurowski were in accord: this was not Bronfman giving us ‘his’ Brahms. The wry humourist in Brahms, described the Concerto, on the day of its completion as: “a tiny, tiny Concerto with a tiny, tiny wisp of a Scherzo.” The latter, marked Allegro appassionata, is a dynamic contrast between the first movement and the peace of the Andante. Here, at times, the passion seemed somewhat aggressive but then along came another of the LPO’s wonderful soloists, Kristina Blaumane, whose cello gave us the great melody of the third movement. Brahms had a knack of denying the soloist the limelight and the pianist’s job is to decorate rather than indulge in its luxury. There was a clear understanding between Blaumane and Bronfman as the melody returned in its heart-breaking simplicity.

One of the benefits of Bronfman and Jurowski’s accord was that the Finale did not have the feeling of being ‘tacked on’ and that the sooner the end is reached this long Concerto will be over. For all its lightness, the movement is a complex form of rondo and sonata with Brahms at his most witty with hints of a Hungarian Dance here and a Mozart Concerto there. The end came in the splendid coda, Brahms somehow managing the fun without undermining the grandness of his design. A Sonata by Scarlatti sent us to the interval deeply satisfied. 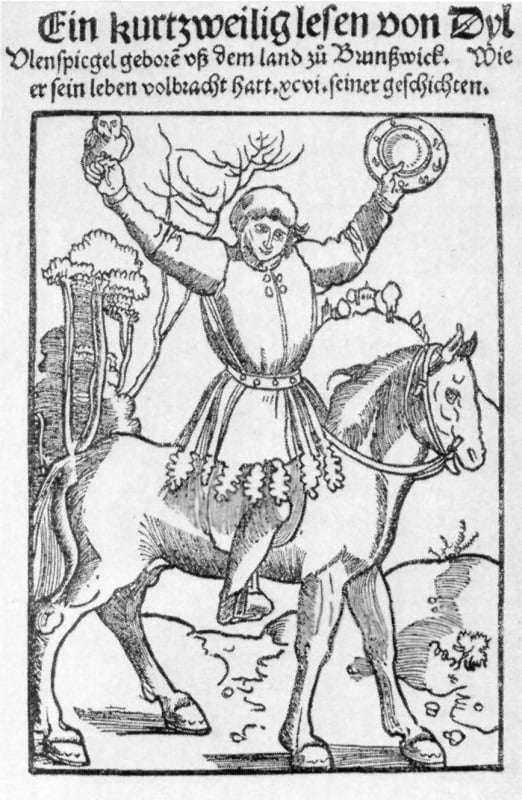 The conductor and biographer of Strauss, Norman Del Mar, considered Till Eulenspiegel the composer’s masterpiece and, with its originality, brilliant orchestration, conciseness and sheer joie de vivre it is difficult to disagree. In just over fifteen minutes we are taken on a journey which covers an assault on organised religion (something close to Strauss’s heart), the pricking of pomposity and the chaos of destroying a street market. The piece ends in Till’s execution although a coda shows his spirit lives on and is celebrated. The real Till died in his bed but that is hardly an exciting end for a character whose life was lived out in vivid colours. The challenge for the conductor is to avoid relentlessness and to subtly convey the extraordinary variety of Strauss’s exuberant creation. Jurowski, the hero of the evening (see below), knows the work inside out and the tumultuousness was beautifully balanced with the fun that is at the heart of the score. Pyatt (as Till) was again magnificent as was the woodwind-playing: Thomas Watmough’s E-flat clarinet was spine-chilling as Till realised his fate!

Elgar’s Falstaff, no less brilliant than the Strauss, is a different piece altogether: it is darker, twice as long and ends not thrillingly but in the finality of Falstaff’s death, his heart broken. However, Shakespeare and Elgar make this moment memorable: tragic in the case of Shakespeare and chillingly sad in Elgar’s treatment. It takes a master-orchestrator to achieve this and the way Elgar breaks the orchestra down to its bare bones is mesmerising.

Falstaff repays further listening as the shifting scenes of Elgar’s portrait propel us from life at the Boar’s Head Inn to a raid on a bullion wagon, Falstaff’s comeuppance, his dreaming of his youth, his organisation of a “ragged army” and his rush to London for the coronation of Henry V. His rejection by his old “partner in crime” (now the new king) and lonely death are, deeply moving. 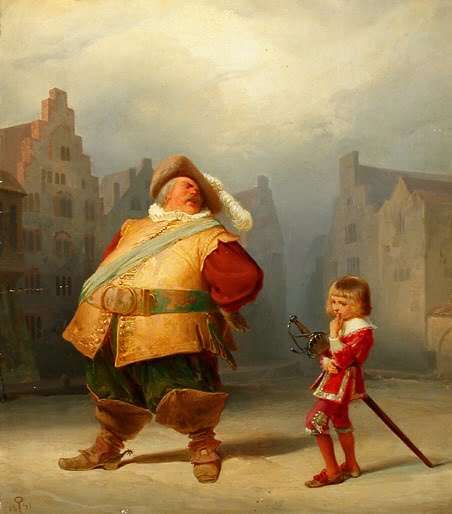 Jurowski’s preparation and understanding of the score was exemplary. This enabled him to give us what I will happily state was a great performance of this elusive music. From the start his tempos were just right. Had he listened to Elgar’s own recording I wondered? However, the LPO of today is a superior body to that of the LSO in 1931 and the detail emerging was, at times, thrilling. Moments such as the bickering women and the battle of the scarecrow army were both amusing and rather terrifying. The second Interlude and the excited crowd anticipating the coronation of came over like cut glass. Jurowski always seeks precision and this is repaid magnificently in a work such as this. Falstaff is, as the late Michael Kennedy wrote, a “musician’s music” which is why, without over doing it, clarity is essential. Thereby the episodic nature of the piece can be appreciated, from the subtle change to Prince Hal as he becomes Henry V and the development of the army as it is led into battle. The poignancy of the end was spine-chilling, Jurowski creating a stillness that makes Falstaff’s demise rather shocking after the glories of the coronation procession.

This was Jurowski’s evening; crowned by this magnificent and beautifully prepared performance of a masterpiece. This brings me back to Strauss’s Zugmessne Rhythmen; a song shorter than a minute but a warning to those stuck in the past and the need to embrace new forms. The song ends with Strauss quoting a theme from Wagner’s Meistersinger, a subtle reminder of Heilige Deutsche Kunst before it’s perversion at the hands of Hitler and his regime but so joyously represented by two of Germany’s greatest creative artists in this concert. Both Brahms and Strauss were saluted by their English contemporary whose The Dream of Gerontius had, in turn, been championed by Strauss eleven years before Falstaff. So it was the audience hailed a conductor whose assiduous preparation of the Elgar (a new form) rounded off one of the most satisfying of evenings this great orchestra has given us this season.