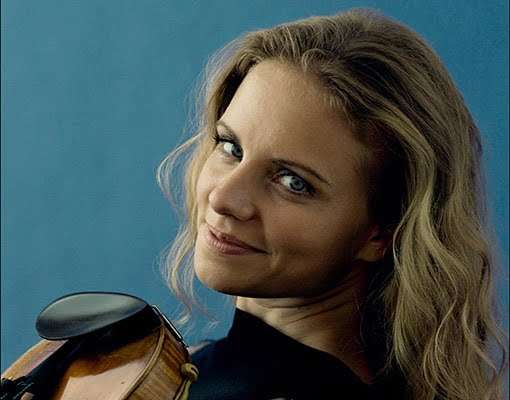 Rare and very rare meditations on Autumn were the seasonal offerings in this London Philharmonic concert, which was prefaced by Julia Fischer leading us into the turbulent passions of Chausson’s Poème, inspired by a story by Turgenyev called The Song of Triumphant Love. Short in duration and long in atmospheric yearnings, the piece lives up to its inspiration. Filtering Wagner through a very French sensuality, it’s the musical partner to Aubrey Beardsley’s queasy eroticism, and Fischer entered its enclosed, decadent world with a will, capturing the music’s (and the period’s) inward-looking, self-obsessed beauties with her sweet, generous tone. Her playing opened out more in Respighi’s Autumn Poem, with well-defined sections that end with a musical vision of the god Pan. Respighi was a professional violinist before he switched to composing (he studied with Rimsky-Korsakov) and was heavily (and in the opinion of some fatally) indebted to Richard Strauss. Fischer took full advantage of the elegantly written solo part, playing the soaring melancholy opening and the exquisitely scored conclusion with great conviction, and beautifully accompanied by the LPO. 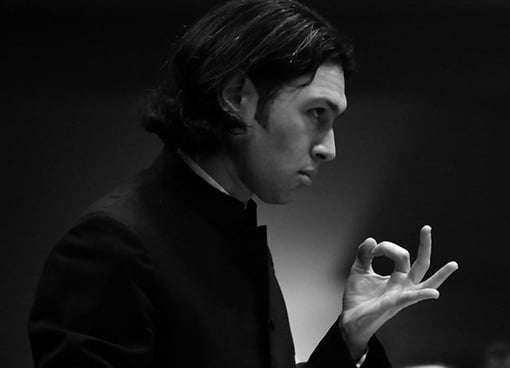 The orchestra increased to gargantuan size for Joseph Marx’s An Autumn Symphony – ten percussionists, ten double basses, quadruple woodwind… The Austrian Marx (1882-1964) is known today mainly for his Lieder, but Autumn Symphony caused a scandal at its 1922 premiere in Vienna. Then after a few more performances it disappeared for eighty years, resurfacing in Graz (Marx’s birthplace) in 2005. Given the taste for big, romantic Symphonies, it’s surprising that this was its UK premiere.

Or perhaps not. It’s more a sequence of four tone-poems – ‘Autumn Song’, ‘Dance of the Noon Spirits’, ‘Autumn Thoughts’ (a meditative slow movement) and ‘An Autumn Poem’ (a rumbustious wine-harvest and lingering sunset close). It is a lonely survivor from late romanticism (Schoenberg was well down the atonal path when it was first heard) from a composer who resisted the Second Viennese School, and influences are there for the hearing – oddly, not Wagner, but Gurrelieder, Strauss’s Alpine Symphony, Delius, Debussy are all in Marx’s mix. He aims at mysticism and the result is like a paint-by-numbers version of a vast, sublime landscape. Accordingly the music is above all a stream-of-consciousness rhapsody, seamless, not very memorable melodically that works itself up to a climax, then some detumescent down-time, then up and off again for more mystic yearning, eventually subsiding into a long-fade coda. 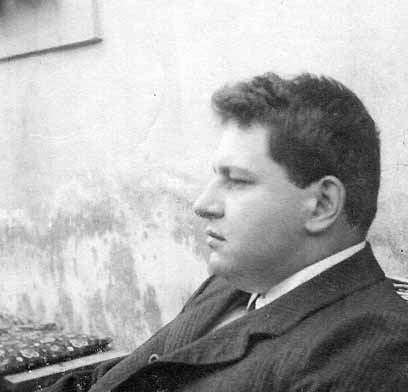 The result is at its most baggy in the second movement, a waltz that doesn’t know how to stop, and the pile-up of climaxes gets close to parody in the melancholy slow movement. Marx’s orchestration relies on swooning strings, which the LPO duly and lavishly supplied and a lots of impressionist glitter from harps, celesta and piano. For the bacchanalia of the Finale, he lets loose a battery of xylophone, castanets and tambourine, a wow-factor generously delivered by the LPO, although I did wonder if the exuberance was quite what Marx had in mind.

An Autumn Symphony is glamorous, preposterous and undeniably ambitious – it’s a wonder, and a relief, that this song composer didn’t include a choral peroration – as the Autumn panoramas unfolded. It is also over-lengthy (just over seventy minutes, with each movement increasingly longer). Despite Vladimir Jurowski presiding over its extravagance with imperturbable control and the LPO playing with irresistible panache, I doubt if Marx’s Autumn Symphony will edge into the repertoire. The LPO recorded it for possible release.