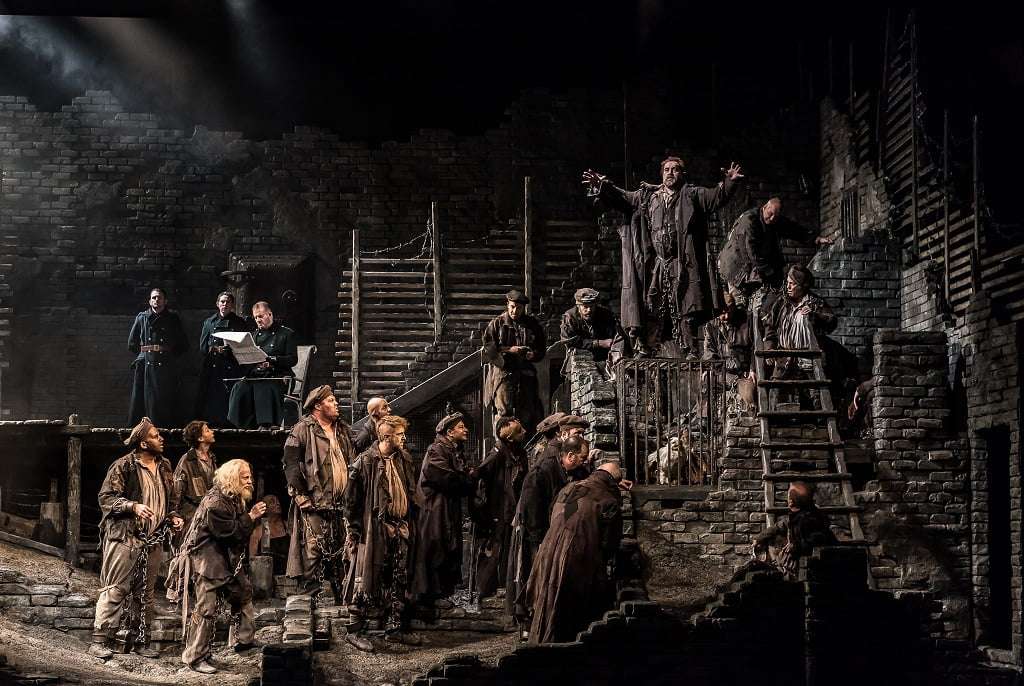 Such is the vigour of this production that it rightly makes ironic the title of Janáček’s last, not-quite-finished opera (1927-8). That is especially necessary seeing that the elemental cycles of existence which are written into the course of the three-Act scenario are not otherwise observed in David Pountney’s staging, namely the phases of the day from morning through to morning again and, intersecting that, the longer cycle of the seasons implied with the scenes in Winter and Spring.

In all other respects, however, it is a choreographic tour de force – what could be a disintegrated, episodic sequence, is unified in Pountney’s conception, where various prisoners in a Siberian camp shift around a spatially complex set which looks like the interior of a ruined castle, and listen in generally respectful silence to the stories of their fellow inmates. Some altercations among them, or with the Commandant, add dramatic incident and tension, not least between the latest prisoner, Goryanchikov and some of the others, and between Shishkov and Filka. The improvised plays within the narrative – “Kedril and Don Juan” and “The Lovely Miller’s Wife” which comprise a similar sort of bawdy, earthy vim that marks the work of all the great storytellers of past ages such as Chaucer, Boccaccio, and the compilers of the Arabian Nights – here provide lighter-hearted relief which does not distract from the main plot, but enhances it.

Nevertheless it is the continued presence of the prisoners en masse which provides the sustaining idea of this production, a communal force perhaps representing the wider human condition generally, but not giving up on the urge and will towards remaining alive in terms of relating their criminal biographies and listening to each other without judgement, even if petty differences or jealousies lead to occasional violent tussles. A consistent motif – both visually and aurally – is the clinking of the prisoners’ chains which Janáček incorporated as a deliberate part of his score. It’s a bathetic moment therefore when, after the final chords fell silent, some inattentive parts of the audience felt compelled to break into inane, premature applause as the prisoners trundled on in undefeated determination, to prolong and underline the opera’s message for a little longer before the curtain came down. 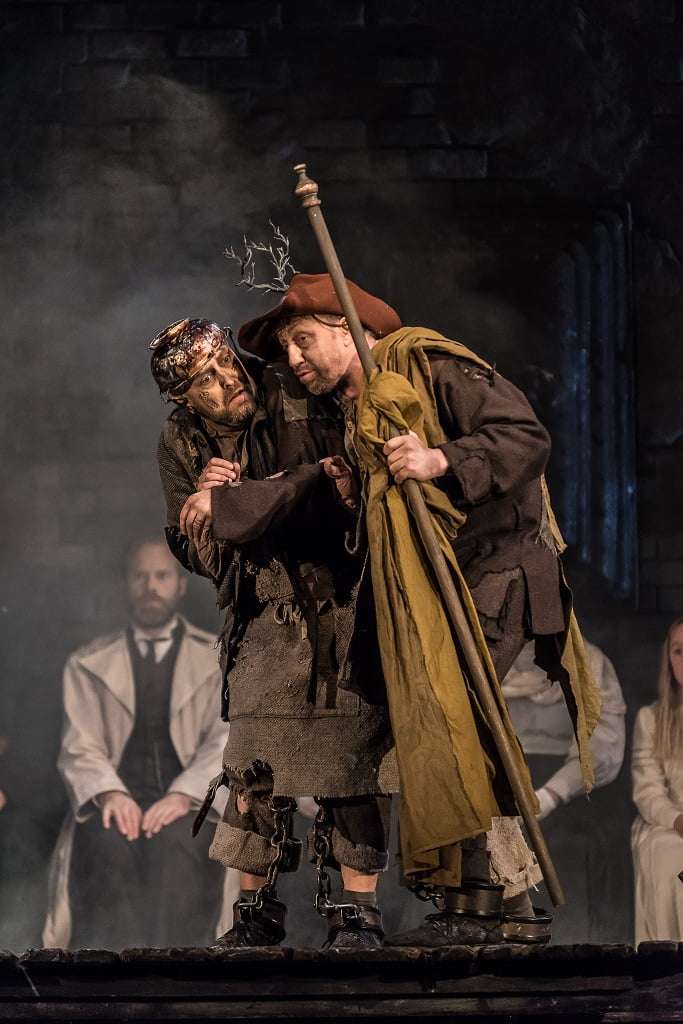 Out of the unity of the production stems the wonderful, complementary diversity of the portrayals from the sizeable cast who turn the prisoners into a group of identifiable human individuals. Chief among these are Alan Oke and Mark Le Brocq who relate their stories effectively, blurring the line sensitively between lyrical declamation and Sprechstimme, making it easy to follow the English translation of Janáček’s libretto based upon Dostoyevsky’s novel, without compromising musical integrity. Le Brocq achieves particular distinction in taking on two different roles. As Shishkov, Simon Bailey attains a grittier presence that sustains him over the long narrative of his fateful romantic entanglement with Akulka.

Ben McAteer’s Goryanchikov is more reticent, but still commanding in his nobility as he enters the highly-strung world of the prison, and particularly as he demonstrates his humanitarian impulse in teaching the boy Alyeya to read and write. The latter role is taken with great gusto by Paula Greenwood in a work dominated by adult males. Robert Hayward’s Commandant carries authority and even some dignity in an account that does not resort to any forced fury or having to raise his voice artificially.

Tomáš Hanus’s conducting pulses with energy, not so much with excitable, rushed tempos, but in sustaining considerable power and direction. Initially, the strings by themselves are brittle and raw, creating a heterophonic haze of sound that is more Debussy than Janáček. But as the orchestra comes together, the overall sonority develops unanimity and force which carries through the ninety-minute duration with compelling, terrific sweep. By the end it persuades or even cajoles us into the same affirmation of life as symbolised by the revival of the wounded falcon in the prison, which is only weakly dramatised here through shadowy film projections, despite the presence of a feathered creature (fake or otherwise) in a cage at the beginning of the evening.

Pountney’s production was first seen in 1982, but it encompasses more than enough vitality to keep it alive for some time yet, and it makes an undeniable case for the wider dissemination of this neglected opera. This is slick, insightful theatre at its best that will also make for an interesting comparison with The Royal Opera’s new interpretation by Krzysztof Warlikowski next spring. Pountney has set the bar high.