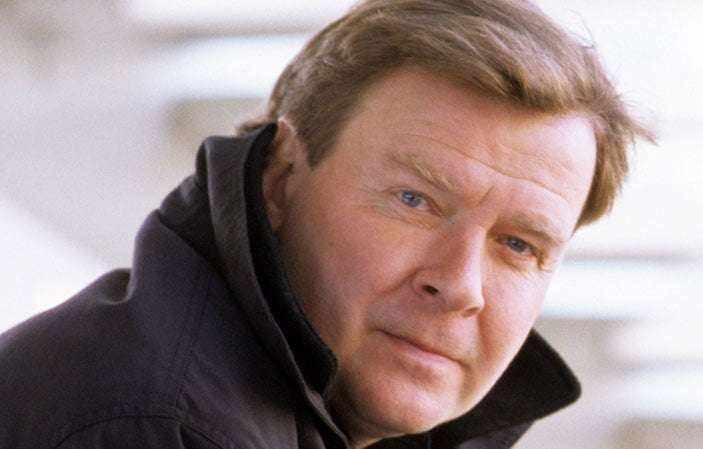 Magnus Lindberg’s Piano Concerto No.2 here received its UK premiere. First heard in New York in 2012, Yefim Bronfman was once again the soloist. It is a thoroughly engaging piece in terms of incident and colour but is mostly gestural and, on a first hearing, seems to have no sense of direction. Such running on the spot made for diminishing returns over 27 minutes. In terms of style, it is rather anonymous, save it fits the peg of ‘romantic piano concerto’ well enough and could easily have been written in the early part of the last century by a creator embracing tradition while also keen to look forward. Such a Janus-like countenance is perhaps neither one thing nor the other, but it’s gratifying to note that Lindberg, in an interview printed in the programme (which I read after the performance and with an opinion formed) cites Bartók, Prokofiev and Rachmaninov as helping to grow his piece and that these are composers indigenous to Bronfman’s repertoire. 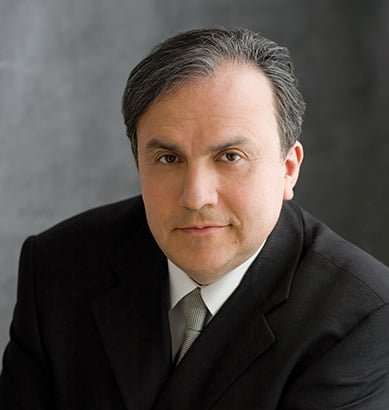 For all its glitter and propulsion, and stellar soundworld, Lindberg’s Second Piano Concerto – playing continuously if stuck in a groove – presents Bronfman with much to do, but in relation to the amount of activity assigned to the orchestra (superbly scored, it must be said) the piano part often seems an obbligato one. It’s only in two hefty cadenzas that the pianist has the opportunity to go ‘solo’. Come the end of the work (before in fact), my interest had been spent and there seemed, literally seconds after the finish, no reason to ever return to it, there being nothing to tease the memory (although it is already recorded, on Dacapo, from the New York concerts, Alan Gilbert at the helm, so you never know).

Altogether more impressive was the music-making itself. Bronfman was virtuosic and rapacious with the zillions of notes that he is presented with – flawlessly dedicated in fact – and the London Philharmonic and Vladimir Jurowski really could not be faulted. Lindberg, a first-rate pianist himself, and presently the LPO’s Composer in Residence, was in attendance and was no doubt delighted with what he heard.

To open the concert, music from Chout (1921), one of Prokofiev’s least-played stage-works, a grisly tale, and for which the composer was at his most experimental. From the hour-long ballet score, Prokofiev compiled a 12-movement Suite from which Jurowski chose five numbers, not really enough to suggest fully the full flavour of the music, but over 18 or so minutes we were given Prokofiev at his most oblique – but always inimitable (a quality difficult to find in the following Lindberg) – satirical and acerbic, and totally absorbing in this sympathetic and finely judged outing, the ‘Final Dance’ gawky and accelerating, Jurowski a sure-footed guide to its celebratory pay-off. The only buffoons here were the ones Prokofiev describes, not forgetting a magic whip and murdered wives. I won’t mention the goat.

At the other end of the evening, more black arts set to music, in Stravinsky’s score for Petrushka, gratifyingly heard in the original orchestration, more extravagant than the 1947 revision. This was an exemplary reading, the LPO in top form. Just like Pierre Monteux (the work’s first conductor, who made two recordings of it) and Ernest Ansermet (similarly documented and similarly experienced as a dance accompanist in the theatre), Jurowski got the pacing just-so. Petrushka is easy to rush, but he avoided all the potential pitfalls, the music clarified without loss of drama and also full of personality whether exterior (Shrovetide Fair) or interior (the middle two tableaux) or eerie, such as the final measures (having in the interim returned to the diversity of the Fair) when the division between humans and puppetry becomes further blurred.

Whether we needed a surtitle commentary when the music is so explicit and imagination-feeding is a moot point – wasted on those sitting in the Choir seats – at least gloss-white words on a matt-white background wasn’t too intrusive (unlike the odd mobile phone!). Invidious as it is to pick soloists out from such an all-round excellent LPO, a mention is due to Michael Cox (flute), Catherine Edwards (piano) and, on cornet, Nicholas Betts. The drum entr’actes linking the scenes were effective for being placed off-stage, but I wonder if the LPO’s microphones picked up the outside hubbub in the final minutes (from the Level 4 bar area, left-hand side) which suggested that the RFH’s soundproofing is not what it should be or that the auditorium’s doors had not been shut properly. Maybe it was Petrushka’s ghost throwing a party and rejoicing the notable achievement of this LPO rendition.