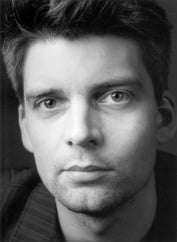 This concert from the London Philharmonic opened with a work that it might have been as well to hear a few weeks earlier. Composed in 2005 as an ‘asteroid’ for inclusion in Sir Simon Rattle’s project around performances and recording of Holst’s The Planets in Berlin, Matthias Pintscher’s Towards Osiris is an “independent orchestral study” that led to the much larger Osiris – first given in Chicago under Pierre Boulez in February, with its UK premiere by the LSO earlier this month.

Such is the context for a piece the third of the length yet three times as arresting as its successor. Most of the salient motifs are present – the virtuoso solo trumpet ‘break’, the intricate percussion patterns and brass crescendos that provoke an imperious climax before violins effect a heady ascent into nothingness – but make a far greater impact given the taut formal design and the absence of extraneous detail. The LPO gave it their collective all, while Vladimir Jurowski steered a clear course through music that is nothing if not exacting in its co-ordination. Osiris may well turn out to be a lavish indulgence, but Towards Osiris ought to provide a worthwhile curtain-raiser well into the future.

The remainder of the programme consisted of Austro-German classics. A minor hand injury had led to Hélène Grimaud’s unavailability, the young Russian pianist Evgenia Rubinova taking her place for a performance of Schumann’s Piano Concerto that gave notice of no mean keyboard technique but, as yet, little interpretative insight. The opening flourish was unevenly rendered, and though the first movement unfolded securely enough, one had the distinct impression that Jurowski was carrying the soloist in terms of the awkward transitions in which it abounds: something that was all but confirmed by a cadenza evincing little real conviction as regards either its formal or expressive follow-through.

The Intermezzo left little to be desired, soloist and orchestra trading exchanges with an ingratiating charm and Jurowski bringing an appealing suavity to the central section, but the finale – despite a lead-in of keen expectancy – again proceeded with little real sense of purpose; one section following another to dutiful effect, and with a coda whose rhythmic repetition was more than usually irksome. Rubinova is evidently a player of some potential and did not sell herself short here, but such an often-played work needs rather more than mere technical competence if it is to hold one’s attention anew.

Much the same might be said of Brahms’s First Symphony, but this account was happily a persuasive one overall. Not that this was at all a revelatory performance, but Jurowski’s swift tempos and preference for light but not insubstantial textures certainly avoided the overbearing aura that so often weighs down this work; nor was there much in the way of expressive neutrality such as ‘authentic’ considerations have imposed on music with a built-in emotional rhetoric.

After an impulsive introduction the first movement initially seemed overly lightweight, but Jurowski observed the exposition repeat to good effect in terms of accumulating momentum. The development was a touch under-powered (why eschew virtually any vibrato when the string-writing here so evidentlyrequires it?), but the reprise was powerfully launched and there was no loss of expressive focus as the movement headed towards its resigned close. The Andante was limpidly rendered at a flowing tempo, Brahms’s orchestral textures being translucently rendered, and the third movement’s eliding between intermezzo and scherzo was deftly achieved. Jurowski rather hurried through the finale’s introduction, but the chorale lacked nothing in emotional gravitas and the ‘big tune’ unfolded with a flexibility that prepared well for its energetic transformation as the main movement gets underway. He had the measure of its often-schematic formal process, while the ratcheting-up of tension going into the coda was precisely though not clinically done. Energetic and never bombastic, the triumphal apotheosis set the seal on this clear-sighted and uncommonly well thought-through interpretation.

Brahms’s symphonies are not easy to bring off so as to make one consider their achievement afresh. Jurowski may not have blazed any new trail, but his conviction as to how the music should go bodes well for the standard repertoire that he and the LPO will be performing during the years to come.