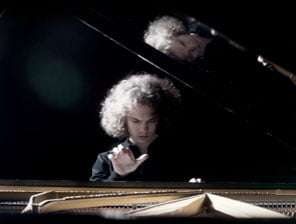 I recently reviewed a programme by the Guildhall School Orchestra and Chorus, querying the wisdom of mounting a public concert with musicians who had only been together for two weeks. Although the London Schools Symphony Orchestra is also administered by the Guildhall School, the Londoners had given up part of their summer holidays to prepare. It was time well spent.

Nonetheless, it was a somewhat risky proposition to open the programme with the ‘Four Sea Interludes’ from Britten’s Peter Grimes – far and away the most technically demanding work of this concert. It was a brave move, the musicians not able to ‘play themselves in’ with a shorter and less-challenging opener – but the sense of concentration in ‘Dawn’ and the general excellence of the players’ intonation would not have disgraced a professional band.

On the whole, the LSSO’s account of the Interludes was more than creditable, as was Peter Ash’s moulding of them; if aspects of ‘Sunday Morning’ were not wholly mastered by the players, their tangible commitment to the music itself was a joy to behold: they were not going to let this music’s difficulties get the better of them, the conductor’s experience leading a thrilling performance of the final ‘Storm’.

Beethoven’s C-major Piano Concerto was in many ways a clever choice, but the twenty-nine-year-old Julian Libeer was, on the whole, disappointing. Such expectations as were aroused by the Britten were set at naught by the seventeen-minute gap before the Concerto could begin: the piano was already present, but time and again the scene-shifters were interrupted by the placement of two cameras near the instrument – adding to the four at either side of the orchestra – and a somewhat frantic investigation to see if the correct music had been placed on the violins’ stands.

At length, all seemed well for the arrival of the soloist, but overall this was a superficial account. From the opening bars the tempo Ash set indicated that the performance was unlikely to achieve the nobility and breadth that lie at the heart of the first movement, and from Libeer’s first entry that the Belgian was treating the Concerto as the vehicle for a bloodless demonstration of perfection of technique – despite occasional rhythmic unsteadiness – such as would enhance a reading of an exercise by Czerny. Impersonal in feeling, and aiming at brilliance rather than profundity, the first movement was further marred by the inclusion of Beethoven’s own extensive cadenza – the longest and most inappropriate of the three he composed, its unsuitability stemming from the fact that it was written some years after the Concerto itself for a different sized piano and a different pianist.

The slow movement, in comparison, was much better in terms of expressive phrasing, but the Finale was inept: grace, charm and finesse were largely lacking, replaced by somewhat rugged, incorrectly phrased steel-fingered playing: only in the coda did Libeer reveal something of his natural artistry. As an encore, he played Pierre Sancan’s mechanical trifle La boîte à musique.

Following the interval, Ash and the LSSO delivered a very impressive account of Brahms’s Fourth Symphony. Conductor and players really came into their own, giving a beautifully proportioned, wholly genuine performance, satisfyingly lively and sensitive when called for. Ash displayed a real awareness of the way phrases and sentences flow into each other, from which these very gifted young musicians will have learned a great deal in terms of interpretative artistry, the whole being vital and concentrated, without sentimentality, but with much warmth and depth: a notable achievement.