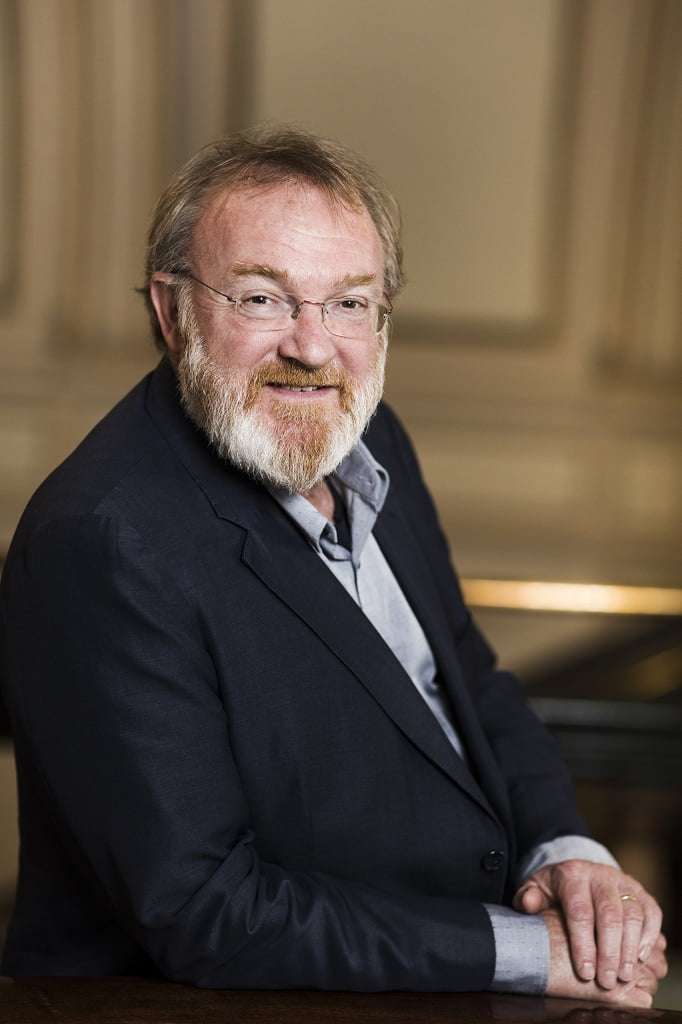 Taking a night off from conducting Marnie at English National Opera, Martyn Brabbins conjured a classic London Sinfonietta “Landmarks” concert – four pieces at once challenging and rewarding, and scored similarly for the ‘main’ orchestral instruments, add to which a piano in all four (Rolf Hind, no less), harp in the Birtwistle (Manon Morris given the last, declamatory, word) and percussion all-through. The personnel was of London’s finest, including from the LSO (David Alberman), Philharmonia (Mark van de Wiel and Alistair Mackie) and BBCSO (Michael Cox and David Hockings) – all fifteen of them displaying the very highest musicianship, virtuosity and dedication.

We are just a couple of months away from celebrating the Sinfonietta’s fiftieth birthday, and this concert was something of a retrospective of important works (of many) in the ensemble’s history. The players were situated in the body of the hall (and what a notable difference that makes in this venue to the impact and clarity of the music), surrounded on three sides by the audience (a large and attentive one), and with minimal lighting, all contributing to a sense of occasion.

The evening began with Thalleïn (“to sprout”) by Iannis Xenakis (1922-2001). From 1984, Thalleïn opens like a cosmic explosion and exudes primal screams and galvanising energy, music if not without expression or subtlety that pulsates to a cathartic climax (having been confrontational and bristling with detail, not least in a brilliant piccolo solo) before folding in on itself.

Colin Matthews (present) had the task of following Xenakis’s blockbuster; that Contraflow admirably did so speaks volumes for his 1992 piece, a “scherzo and trio” he says in which the former is “recapitulated in reverse”, slowly. This is a richly colourful score (in the sense of synesthesia), darkly voluptuous at times (bass clarinet, contrabassoon), mysterious (underground) having been kaleidoscopic, rapid and exuberant. The work’s close suggests a rising to the surface to be greeted by sunlight – but I wonder if this is what the composer intended? He can be assured I liked the piece.

As I did Wolfgang Rihm’s Chiffre II (1983), intriguingly capricious, quick-change music to outsmart the listener (this one anyway), the titled silence as important as the sounds, not least the ominous tension created by a tremendous and lengthy bass drum crescendo that gave the impression of starting from outside before filling the room with high-end decibels.

Harrison Birtwistle’s Silbury Air (1977/2003) is an old friend, heard recently from the BCMG and Oliver Knussen in a superlative account. Here was another one, maybe less frenetic but just as alive to rhythmic mechanisms and ricochets, suspense, ritual and clamour – music of uncompromising directness, the composer true to himself and not second-guessing his audience, here completing a notable concert in possessed style.