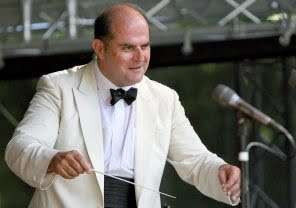 A concert notable for its consistently high standard of musicianship from all concerned, the programme opening with a suitably bracing and adroit account of Glinka’s unforgettable Overture, a perfect prelude to an engrossing performance of Dvořák’s great Cello Concerto, which presents interpretative difficulties for both soloist and conductor.

Tim Lowe not only brought out the gentle and poetic aspects of this many-sided work but also his playing was never lacking in brilliance, breadth, warmth and technical mastery. It was heartening to encounter such superior stature in his playing, with Mark Fitz-Gerald ever the perceptive partner, further exemplified by leader Abigail Dance’s moving duet with the soloist as the profound coda began to emerge. Such was the nature of Lowe’s playing in the slow movement that one could scarcely imagine a more touching or stylistically pure reading, following a comprehensively commanding first movement and preceding a Finale that revealed the myriad aspects of the music in exemplary fashion. 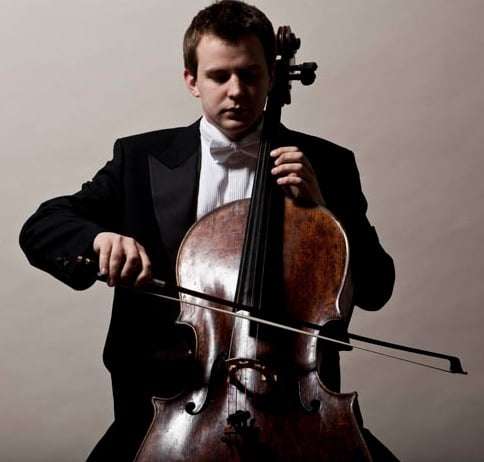 Much was expected of Shostakovich’s Tenth Symphony from this conductor, whose discography of the composer’s music is growing apace. Fitz-Gerald is a commanding and innately sympathetic interpreter of the composer as well as being a noted Shostakovich scholar, locating and preparing for performance and recording a number of highly significant yet previously unknown works.

In the event, this was a quite masterful account of the Tenth, the first movement especially being held together with a true interpreter’s art. So many conductors fail to grasp what lies beneath this music – the structure, which can so often fail to convince if the dominant preparation for the return to the tonic is taken too fast, was here quite masterfully handled – the music’s inherent greatness revealed in quite breathtakingly expressive fashion.

The Scherzo was naturally taken at breakneck speed, with which this orchestra fully coped, but what was so impressive here was the depth of sound – what was going on in the lower registers of the music was shown to be the frightening horror-show that it is – such as Mahler might have written had he lived another fifty years through two world wars.

The Allegretto poses different problems – not least technical ones for the first horn (here admirably surmounted by Stephen Quartermaine) – but, again it was Fitz-Gerald’s total grasp of this masterpiece which inexorably led to the slow movement’s final B (the same note that begins the Finale – the next music we hear) emerging as the dominant of the Symphony’s home tonality – yet so finely placed as to bring its own moving and personal emotion to the surface in another quasi-Mahlerian view of the work’s overall concept, so well-judged by this conductor. The last movement itself poses more problems, which often catch conductors out in the long slow introduction, yet at heart this is music which succeeds wonderfully well in preserving the essentially tragic atmosphere which pervades the entire work, the brilliance under-weighed throughout by a heavy heart. One has to say that although this orchestra cannot compare with the finest in certain technical matters, in terms of musicianship this was a performance of memorable distinction, with all honour due to Fitz-Gerald’s masterly control and interpretative understanding.