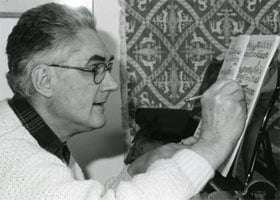 For anyone happily encamped in the classics and equally responsive to the new and the unfamiliar, this was a night of difficult decision-making. How to choose from an embarrassment of riches! In the Barbican Hall, Haitink and Brendel joined the London Symphony Orchestra; in Wigmore Hall Daniel Propper was playing Schubert’s last three piano sonatas; and, right next door to the Queen Elizabeth Hall, the Philharmonia Orchestra was giving a concert with Dudamel and Shaham. This London Sinfonietta presentation, which drew a sizeable audience, proved to be an enlightening evening – not least for getting to know the music of Niccolò Castiglioni (1932-96).

The programme was neatly arranged; pieces by Castiglioni (the outer ones being for piano and ensemble) framing two 20-minute premieres. Castiglioni himself is a fascinating figure; he had the same teacher as did Luciano Berio (Giorgio Federico Ghedini), he took no sides between Schoenberg and Stravinsky (embracing both) and his musical and literary interests were wide and diverse – from Italian Baroque to Lewis Carroll. He was also a pianist and although he studied at Darmstadt (with all that that implies regarding pushing musical boundaries) Castiglioni’s musical mentors also included pianist Friedrich Gulda, pianist and conductor Carlo Zecchi and composer Boris Blacher. Furthermore Castiglioni wasn’t rooted in his native Italy for in the 1960s he lived and taught in the United States.

This concert covered Castiglioni’s music composed between 1958 and 1989. Sarah Nicolls opened with the 3-minute piano solo, Inizio di movimento (1958), fragile if expressive and building to a deft intercourse of notes; then the London Sinfonietta (strings, winds, brass, harp and celesta) joined Nicolls for the thematically-related Movimento continuato (1959 – the first performance, that year, given with the composer as soloist and Pierre Boulez conducting), a cocktail of rarefied and thunderous gestures, eerie stillness disrupted by volatile interjections and with a surprisingly witty ending.

The 8-minute Tropi, also 1959 – for flute, clarinet, violin, cello, piano and percussion – makes much use of silence and refinement, not least in Castiglioni’s use of three different sizes of cymbal.

Both Risognanze (Re-dreaming, 1989) and Quodlibet (1976) proved to be extraordinarily compelling. The former (for 16 players, including upright piano and harmonium) consists of 15 very short movements – aphorisms really – that play for as many minutes, even less when one considers the extended pauses that Knussen inserted between each one – just right to savour what we had listened to and with time to anticipate the next. This is music of remarkable economy (a debt to Webern) and yet with equally remarkable potency. Transfixing!

Nicolls returned for Quodlibet, another unfailingly communicative work, and requiring the largest ensemble of the evening (20+ players), quizzical music of reiteration, and pathos in the middle movement, Castiglioni’s dense web of polyphony mesmerising in effect, moments of 18th-century pastiche so-belonging to the whole. 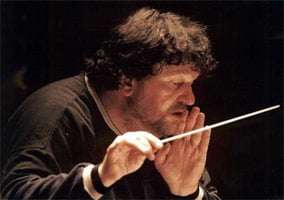 Even on a first hearing, one can salute Risognanze and Quodlibet as masterpieces.

The new works were both beguiling if rather too long for their material. Catch and Release (2006) by Esa-Pekka Salonen (who studied with Castiglioni) is scored for the same instruments as Stravinsky’s The Soldier’s Tale (clarinet, bassoon, trumpet, trombone, percussion, violin and double bass). The outer movements are both jazzy and joyous (the first nodding to Stravinsky, not just ‘Soldier’ but possibly to Ebony Concerto, too), the finale an unstoppable toccata. In between, the ‘cool’ middle movement (‘Aria’) has it Satie-esque moments, a pastorale of endless melody.

Silvina Milstein (born 1956 in Buenos Aires), a student of both Judith Weir and Alexander Goehr, explains her surrounded by distance (2008, for 14 players including flutes, clarinets, horn, six strings, harp, celesta and percussion) as “…exploring the indefinable, yet seemingly precise manner in which musical shapes and configurations arise spontaneously in the space of awareness as evocative appearances and illusory continuities … a display of magical appearances…”. The aural result is of fleeting sound-images in which texture and atmosphere abound and which seem in a state of (Impressionistic?) flux that comes more into focus in rare moments of animation; by the end of the journey one wanted to listen to surrounded by distance again. The composer, who teaches at King’s College London, was in attendance.

It goes without saying that all the performances were impeccable and committed (Knussen conducting each work with dedicated assurance); and were recorded, too, but whether for BBC Radio 3 and/or the Sinfonietta’s own label was not indicated.