Strauss
Ariadne auf Naxos, Op.60 – Opera in one Act with Prologue to a libretto by Hugo von Hofmannsthal [1916 version; sung in German, with English surtitles] 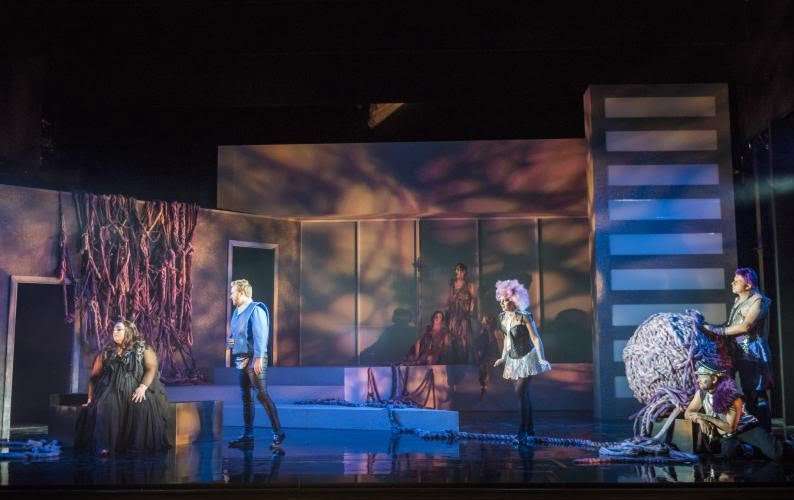 Richard Strauss’s conflation of buffa and seria could have been written with summer festivals in mind, with an entertainment specifically planned for post-dinner-interval uplift mirrored by the Opera’s unseen guests dining during the short Prologue in the 1916 version – the 1912 original started with Hugo von Hofmannsthal’s version of Molière’s Le bourgeois gentilhomme leading into Strauss’s opera seria about Ariadne abandoned by Theseus on the island of Naxos, and it apparently lasted six hours.

Alan Privett’s Longborough production works well for both parts, with Faye Bradley’s elegant, non-frilly set in the Prologue projecting the high-art faction, the raffish comedy crew and the staff employed by the richest man in Vienna with satisfying clarity, while you only notice Michael Spenceley’s movement-direction to observe how clever and seamless it is, underpinned by a dry wit. There is always something going on to make you smile. Although Bradley’s designs are fashion-conscious contemporary – the Wigmaker in tight black leather, Zerbinetta’s comedy quartet like an off-cut from a Gay Pride march – it is also timeless and concept-free, unlike Glyndebourne’s recent staging of less than blessed memory. The greatest success of Privett’s production is that it sheds light on the transforming power of art with a tactfully observed informality that suits both the scale of Longborough’s house and the Festival’s attractive, low-key formality. 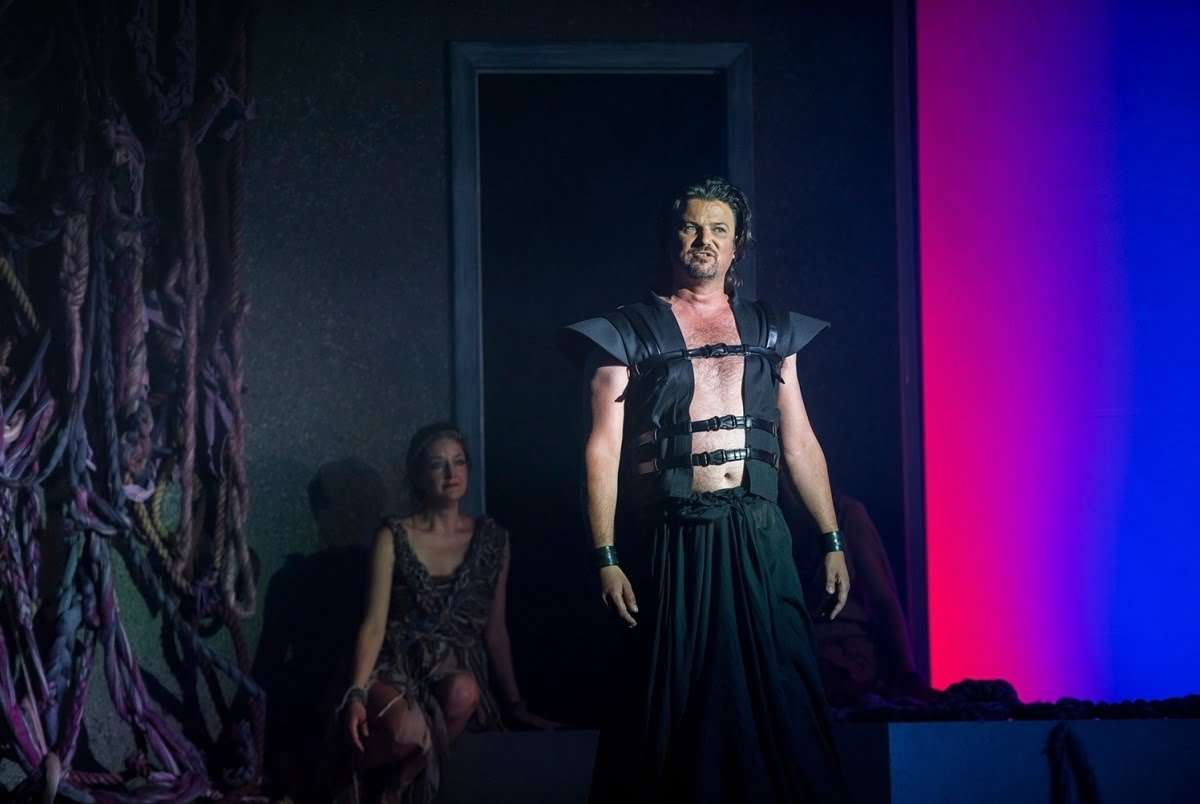 The Prologue’s ‘MacGuffin’, of the post-prandial entertainment abruptly compressed into a simultaneous presentation of both the serious and the comedy, is fun in the way it sharpens the artistes’ fragile egos, pragmatism and deviousness. There are laugh-out-loud moments at the sheer preposterousness of it all that suddenly step back to expose the unexpected connection between the Composer and Zerbinetta and the unadorned depth and stillness of the Composer’s song to Music as the holiest of arts, which just as suddenly grab you by the throat.

The set for the Opera itself is dominated by a huge ball of rope and a profusion of trailing cords, presumably suggesting Ariadne in knots over being marooned – on the wüste Insel (desert island) that has given the unseen oligarch cause for concern (another dig at critics from Strauss and/or Hofmannsthal, perhaps?) – by Theseus, whom Ariadne saved from the Minotaur’s maze on Crete by giving him a ball of string to unravel so that he could retrace his steps – alas, not back to her. 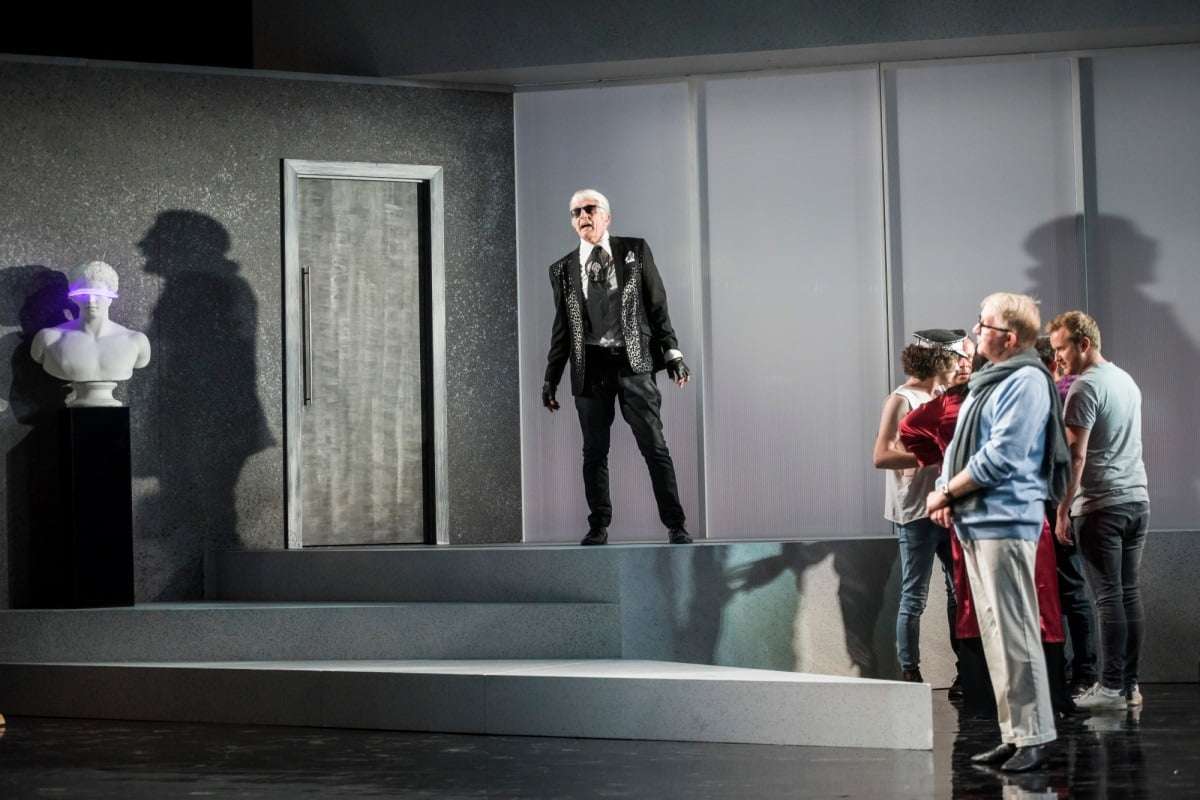 Like the staging, the music jumps off the page. Helena Dix’s powerful voice for Prima Donna/Ariadne has the colour, body, range and gleam to do full justice to the role. The only slight misgiving I have concerns the direction. In the Prologue she is in fine, imperious mode as the diva with a roving eye for a well-honed servant, but in the Opera Ariadne’s attempts at coquettish allure feel out of place, especially since a more statuesque delivery would suit the role, and Dix, much more effectively. The contrast between Ariadne’s solemnly sung ‘Es gibt ein Reich’, in which she yearns for death but instead gets Bacchus, and the antics of Harlequin, Scaramuccio et al, is perfectly pitched, and Jonathan Stoughton’s full-on Bacchus easily makes up for all her misery. Coping manfully with an oriental-style long skirt, Stoughton is on glorious, Heldentenor form, tirelessly pushing the boundaries of the music’s burgeoning transcendence for all he’s worth, while turning the role’s Baroque inertness to his advantage.

I bet Robyn Allegra Parton’s delivery of Zerbinetta’s coloratura spectacular ‘Grossmächtige Prinzessin’ will flow more freely during the run. Already she makes the crucial link between low- and high-art works its emotional magic, and she expresses Zerbinetta’s vulnerability while preparing the way for the Opera’s glorious conclusion with a compelling lack of self-consciousness. Just as effective in driving Strauss’s and Hofmannsthal’s extraordinarily layered blend of homage and pastiche is Clare Presland’s thrilling Composer in the Prologue (although this trouser-role appears, in character, among the audience at the start of the Opera, just to remind us that this is his creation). Presland’s mezzo has a seductive lower range to set against a more strident top, and the vocal extremes set up the Composer’s temperament so that however insufferable and arty he is we sympathise with him. 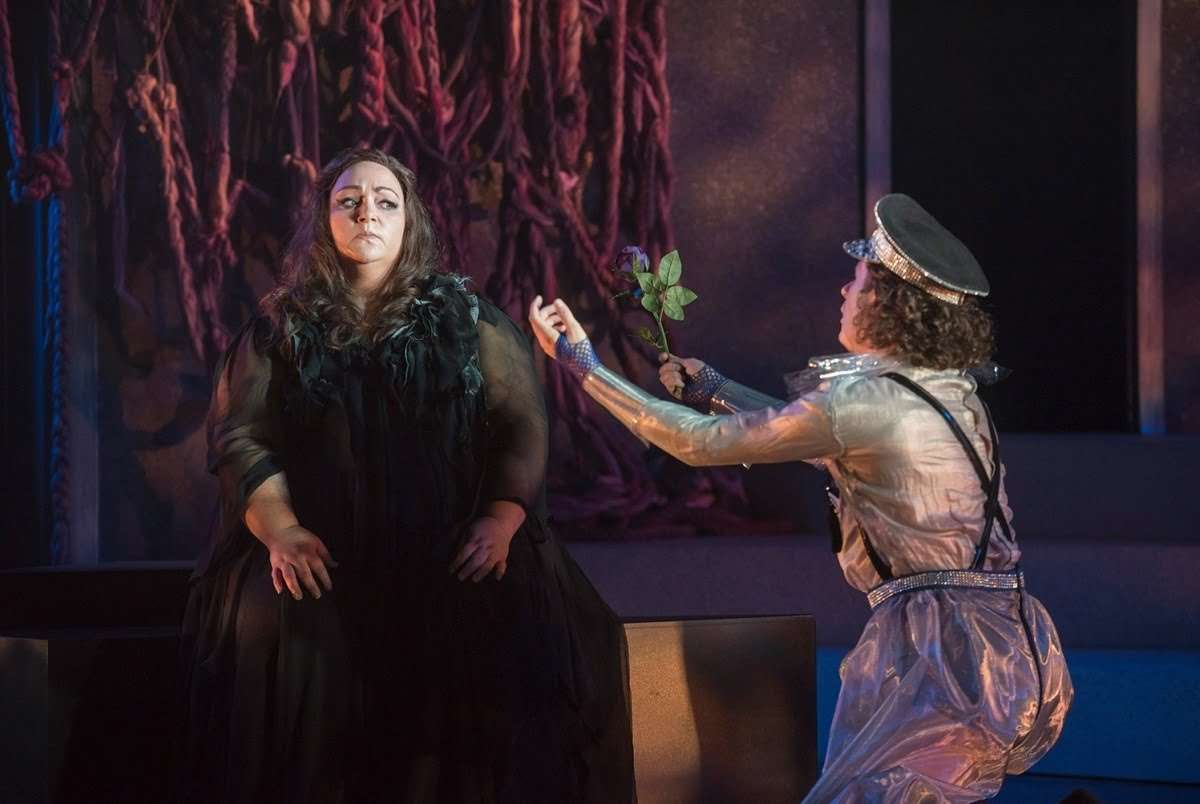 Add to all this some neatly observed smaller roles – a Karl Lagerfeld-wannabee from Anthony Wise, speaking the Major Domo’s commands in English; a very finely sung Music Master from Darren Jeffery; an equally effective and sharp Dancing Master from Harry Nicholl; a marvellously directed and funny quartet of comedians from Aidan Coburn, Richard Roberts, Timothy Dawkins and, in especially good voice, Julien van Mellaerts; and a Rhinemaiden-like trio of Suzanne Fischer, Flora McIntosh and Alice Privett as Ariadne’s team of attendants.

Anthony Negus, with unflappable authority, reminds us how completely and effortlessly Strauss draws his characters in music, and Negus’s instrumentalists duly respond in playing of enormous style and personality. The size of the orchestra may be Classical, with piano and harmonium both making significant contributions, but there is no compromising Straussian sweep and precision in this most intimate and virtuoso of scores.