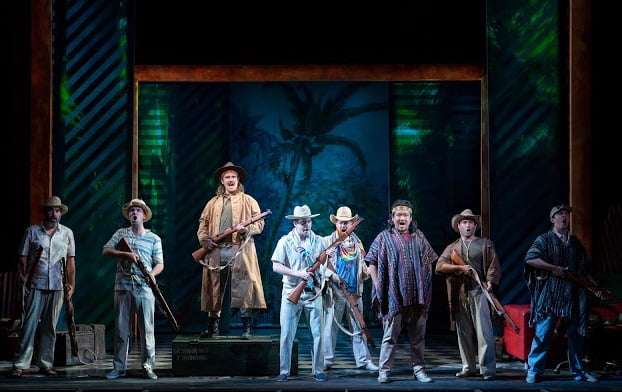 Succinctness is usually a positive quality of Verdi’s operas, with a fine balance struck between musical interest and dramatic efficiency. In the case of his eighth stage-work, Alzira (1845), concision has been pushed too far, as any detailed psychological examination of the characters is rather lacking. The Spanish governor Gusmano’s sudden conversion at the climax on being stabbed, from his furious vendetta against the Peruvian tribal leader Zamoro to magnanimous forgiveness is so completely unprepared for that it can hardly strike us as credible, despite the earlier example of Zamoro’s own sparing of the life of Gusmano’s father, Alvaro, whilst the latter is governor at the outbreak of the Inca revolt in Peru, before handing over power to his son.

Based on a play by the unorthodox Enlightenment thinker, Voltaire, it is an odd scenario for both him and the sceptical, anti-clerical Verdi to have chosen, whereby the rebellious native Peruvians are instructed in a superior moral code of forgiveness through the Christian religion of the occupying Spanish powers. Furthermore, politics are barely explored in the opera – perhaps a surprising omission on the part of librettist Salvatore Cammarano, who was an experienced writer and would go on to provide the text for Il trovatore – and so the wider context of the drama serves really as a pale background to explain the conflicted personal loyalties that exist in the love-triangle between Gusmano, the Inca Ataliba’s daughter Alzira, whom he loves, and Zamoro, to whom she is already attached.

Elijah Moshinsky’s production does its best to restore something of a political bearing by projecting BBC, CNN and ABC news footage of a Latin American uprising in the 1980s, and that is roughly the period of the subsequent narrative here, as the populace revolt against the Peruvian military government, which would seem to explain why some elements of the latter turn against their own side at the end of Act One in what effectively becomes a civil war. There also seems to be a subtle, Voltairean, attack upon the unholy alliance between Church and State which often went together to prop up the right-wing regimes of Latin America: when Alzira appears in Act Two to be wed to Gusmano – acting against her wishes, but in order to save Zamoro’s life from the writ of execution threatened by Gusmano – she is clad in rich blue with golden stars, crowned with a wreath of roses, and escorted by four maids carrying a canopy over her, as though she were a real-life Madonna. Otherwise much of the action takes place at the forefront of the stage with the implied presence of the rioting crowds beyond the confines of the governor’s domain, but not much in evidence, except during the Prologue as the chorus of Peruvians threatens the life of Alvaro, whom they have captured, and the off-stage gunshots and commotion at the endof Act One, which is presumably the contribution of sound-designer, Mic Pool, to this production. 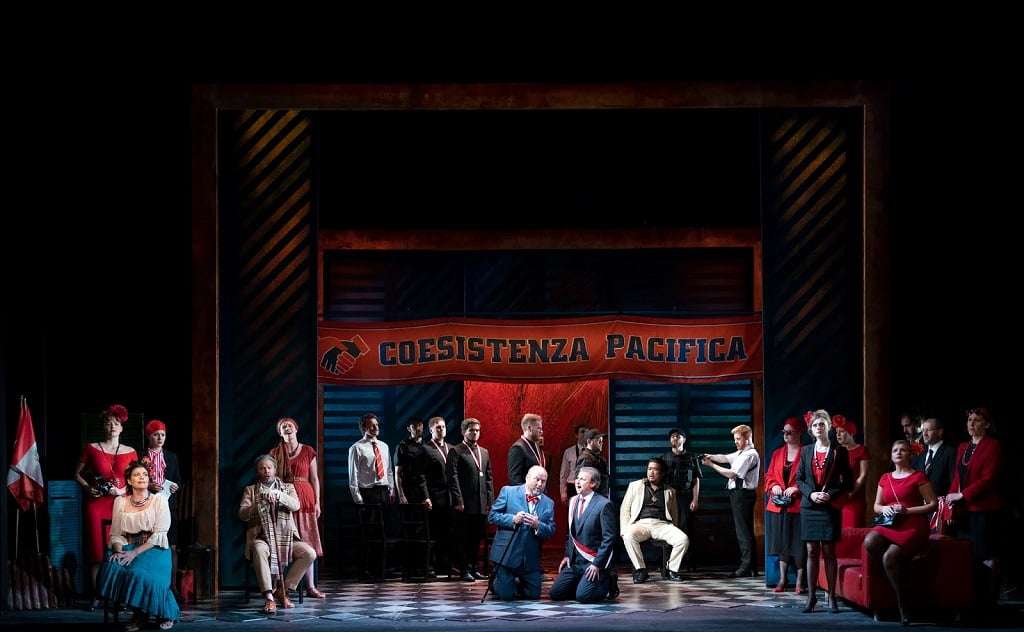 The more-memorable music and extensive set-pieces come in Act One, but Verdi’s score maintains a consistent liveliness and passion which infuses Stephen Barlow’s interpretation with the Northern Chamber Orchestra. The Overture starts rather tentatively, but it soon builds up a head of steam which powerfully drives the pace of the rest of the work, particularly in the fervent, emphatic choruses as sung by here by the Buxton Festival Chorus. Arias are given space to spin their lines lyrically, but the cabalettas then take off with considerable urgency.

In the title role Kate Ladner sings with steely force, but her upper register is shrill. James Cleverton retains greater control as a smooth-voiced and -acting Gusmano, suggesting wiliness rather than overt, brute revenge. Jung Soo Yun, being under the weather, only sang Zamoro’s first aria, sweet-toned if loose of intonation. His understudy, Luke Sinclair (who also takes one of the minor roles) sang the remainder of the music from the side whilst Yun acted, and provided impressive, clear focus across the range of Verdi’s vocal writing, making a favourable impression on behalf of this character as a counterpoint to Gusmano’s evil. As the respective fathers of Gusmano and Alzira, Graeme Danby and Phil Wilcox offer sturdy support as Alvaro and Ataliba, if less lyrical, but the contrast is effective.

Alzira may never become a staple of the repertoire anywhere, and houses have been more or less as loath to revive it as Verdi himself, who took little interest after its initial lukewarm reception. The drama he had to work with may be uncharacteristically weak, but given that, there is sufficient musical imagination to warrant an occasional airing if only to put into perspective the more familiar aspects of this composer’s operatic output.

Moshinsky’s production transcends that to make it almost a coherent and engaging drama and Verdians will want to seize the opportunity to see this rarity, apparently the first time Alzira has been fully staged in the UK.