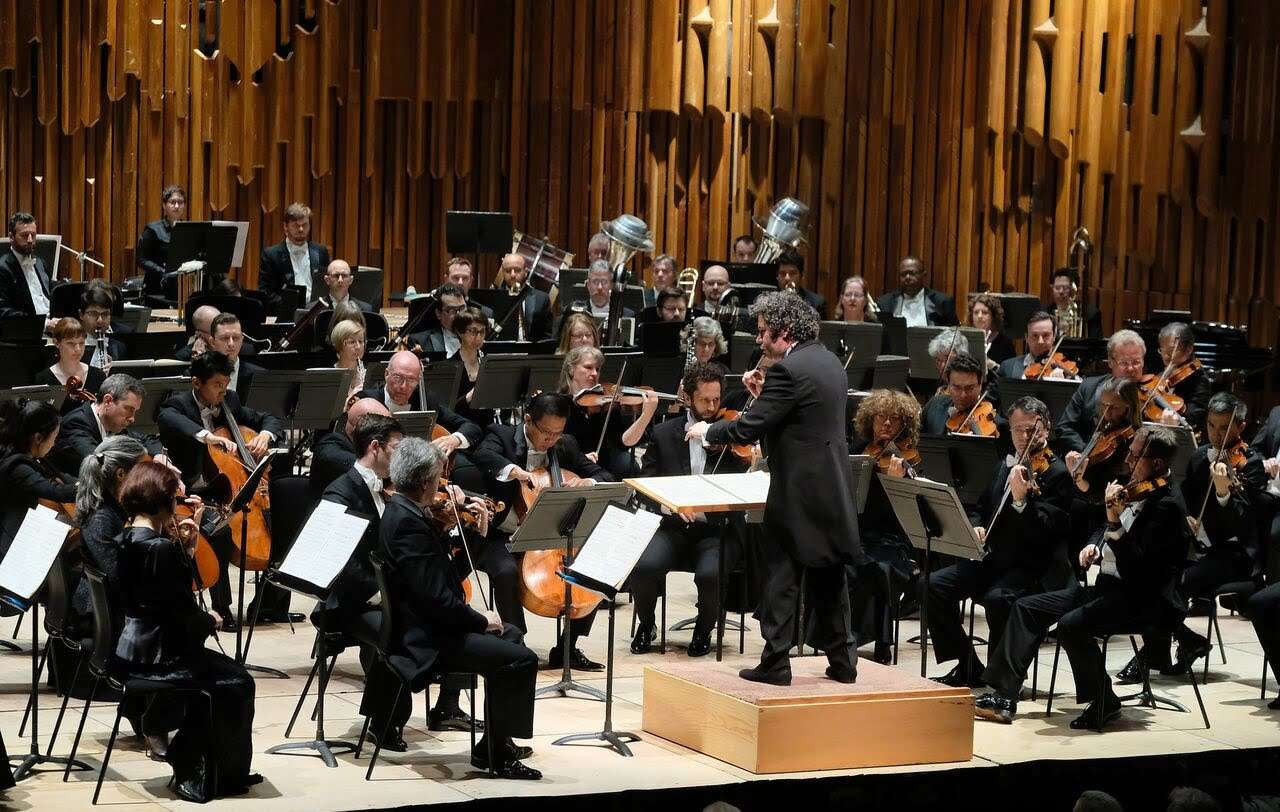 This was the first event in the Los Angeles Philharmonic and Gustavo Dudamel’s three-day stay in London, and with only one work, Beethoven’s ‘Choral’ Symphony (May 4), from before the twentieth-century the programming is adventurous. This distinctive orchestra started with Pollux by Esa-Pekka Salonen, the LA Phil’s Conductor Laureate. Pollux is the first part in a projected diptych, the second to be a portrait of Pollux’s mortal twin brother Castor – in Greek mythology, they shared the same mother, Leda, seduced by Zeus disguised as a swan when she was already with child – hence Pollux’s immortal, demigod status. Salonen writes that Castor will be “extrovert and mostly fast”. The music for Pollux, in contrast, is slow and cosmic, and the idiom resonates strongly with Holst’s Planets Suite, immersing us in ponderous minimalist ostinatos, hefty rhythms (borrowed, although much altered, from a grunge band Salonen heard) and lots of celestial glitter from pitched percussion, piano and harp. With a broad opening anticipating the demigod’s starry destiny and a strong tonal layout, Pollux is attractively visual, yet while the writing is superb I have yet to get a fix on Salonen’s voice.

If anything, there is too much voice and style in the French-born, US-naturalised Edgard Varèse’s half-hour Amériques, the anarchic progeny of The Rite of Spring that goes to town with the unashamedly earthy sounds and the boundless possibilities of the New World in the 1920s, hence the plural Amériques. Dudamel led his orchestra over a rope-bridge swaying alarmingly above a chasm of noise, jazz, sound-effects and borrowings. There’s an eerie echo of Debussy’s La mer, for some reason, and perhaps the composer overdoes the sirens, but this century-old work (1915/29) has lost none of its visceral, aggressive modernity. The LA Phil launched into it with a will, Dudamel guiding this ferocious sonic collage into a coherence of sorts, like action-painting in music, with incredible assurance. 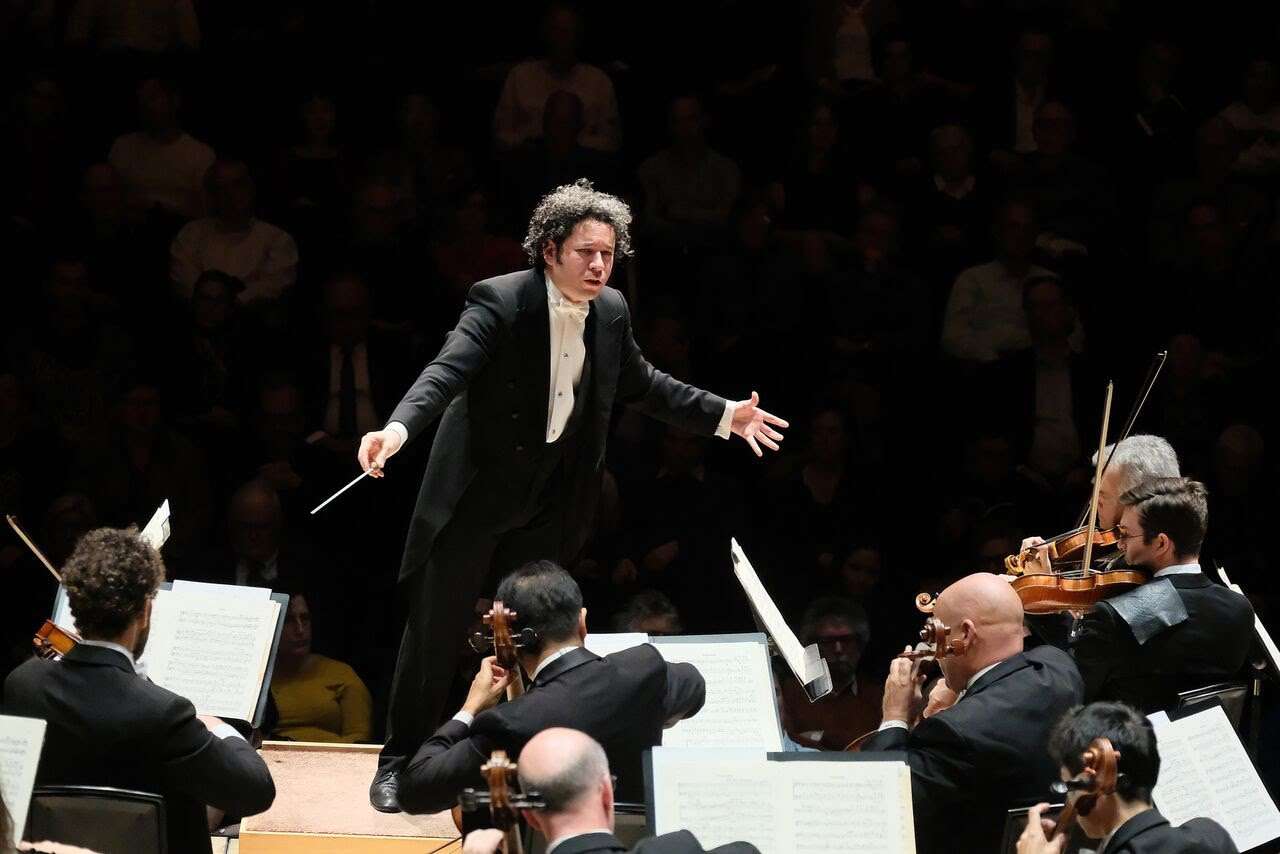 You think Shostakovich’s Fifth is edging towards an agenda, when the composer abruptly whips it away, and there was a certainty to Dudamel’s approach that worked against this notoriously bipolar Symphony – that is, until the Finale. The Los Angeles players were on fabulous form – glossy strings, a parade of superbly characterised wind, some heroic and faultless high-horn playing, equally glamorous brass and an unbeatable percussion section – the timpani were sensational. If they and Dudamel had roughed it up and added a load more vulgarity, it would have sent the inscrutability factor soaring. As it was, some brash trumpet work got buried, the Scherzo’s joke ending lacked that vital, surreptitious snarl, and the slow movement was, in the end, just too beautiful for the drift into desolation. Up until now, the Fifth’s health was astonishingly excellent. Then suddenly, in the final movement, it began to crackle with double-, even triple-meanings, wrapping itself in a garish irony and raddled swagger that pulled its bright, cartoonish grimace tighter and tighter. When you hear an orchestra so clearly possessed by one purpose, the effect, as it was here, is devastating. No wonder there are a few grey strands in Dudamel’s curly, black hair. After this it was generous but not strictly necessary to overwhelm us further with the ‘Liebestod’ from Tristan und Isolde.