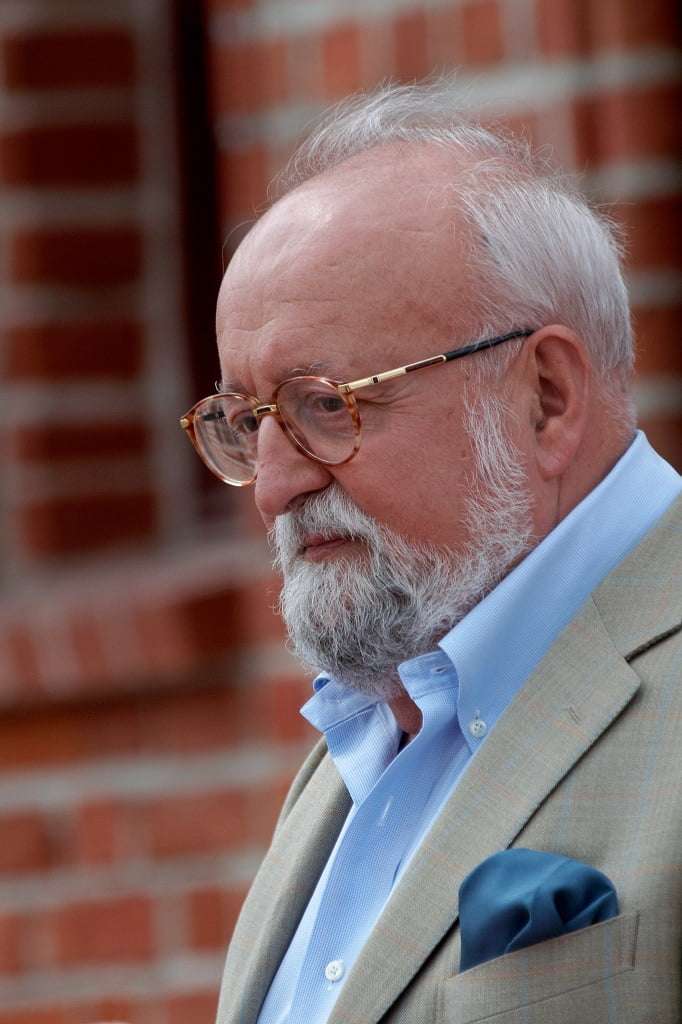 Crowned by an exalted performance of Penderecki’s Second Violin Concerto, played by the dedicatee Anne-Sophie Mutter in the presence of the composer, the London Philharmonic’s closing concert of its current season took excellence and courageous programme planning to levels of expectation and emotional intensity more than once defying belief. Here was an orchestra in terrific form, working with a new conductor, Łukasz Borowicz, rising to every challenge, playing with a finesse, exchange, discipline and dynamic sophistication that excited the familiar and clarified the unfamiliar. Borowicz, formerly chief conductor of the Polish Radio Symphony Orchestra in Warsaw, coaxed his players to listen as individuals and respond as a regiment. A secure presence on the podium, elegant and attentive, not unduly flamboyant, with a clear beat, he’s a musician who on this showing thinks in graceful, shaped phrases placed within long paragraphs. He got the strings to dig deep, bottom upwards, creating warmly bedded foundations, the more gravitationally powerful and vibrationally nuanced for the addition of pitch-less percussion (bass drum most obviously) in the Prokofiev Symphony. He brought a bright edge to the woodwind, and allowed the brass to relish the limelight, virtuosity razor-sharp and rhythmically tensioned. Whatever his secret, his rehearsal technique, he got the LPO to speak and take to the mountain highs, here coasting, now taking the bit, there opening the throttle like a Bugatti thundering down the straight in full-throated roar. Yes, some concert… 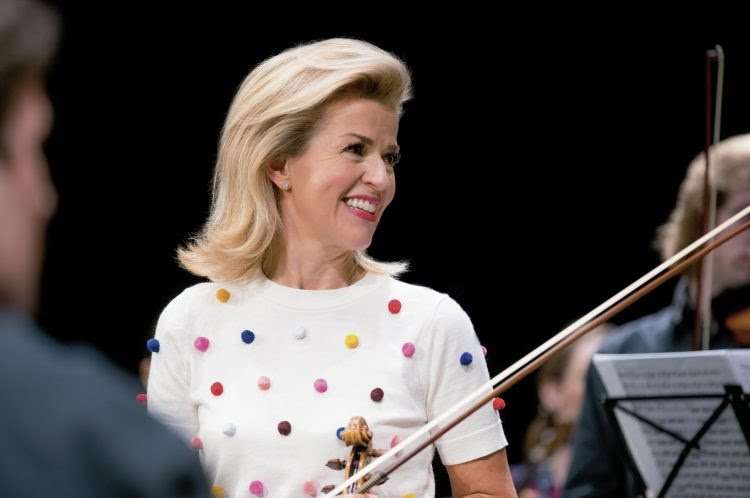 Penderecki’s Metamorphosen (1992-95) is in one movement divided nominally into six sections but with further subdivisions making for a total of ten, each varied in tempo. This is not the Penderecki of the 1960s or early-1970s, the screaming, pain-bared, post-war catastrophe artist of the twentieth-century. Nor is it the ‘big’ theatre of the larger-boned, heavier orchestrated First Violin Concerto, written for Isaac Stern in 1977. Rather it looks to more intimate panoramas. Exploring resonance and fine-tuning sonorities, distilling delicate fragrances remain central to its aesthetic. But it’s increasingly open to new slants on old ideas – metamorphosing motifs in a Lisztian way, playing with minor and major intervals, using referential keys or tonal centres to touch base, not shy of old-world gestures: the repeated four-note motto at the start is straight out of the Verdi/Tchaikovsky ‘fate’ drawer. Penderecki’s neo-Romanticism has been with us for over forty years. But it was always there in his heart, even in the ‘wild’ early days – the affecting beauty of the D-major ‘Stabat mater’ in the St Luke Passion (closing in E), the sudden final C-major of Polymorphia, told us as much; likewise, in the concert hall, conducting Shostakovich (the Sixth Symphony, his favourite stand-by) and a whole raft of mainstream nineteenth-century repertory.

Placing the work on a pedestal, making a perfect case for it as a latter-day answer to Alban Berg’s Violin Concerto, Mutter (playing from the score) gave a classy, remarkable account, her initial entry, coming out of nowhere, setting a Carpathian benchmark. Her tone and bowing was all and more than to be expected, each note centred and balanced, richly bloomed across the register whatever the dynamic spectrum. Favouring (like his teacher, Antoni Wit) a tempo for the opening motto marginally slower and more menacing than Penderecki’s own, Borowicz shaped the music’s structure and rhetoric with cultured discernment, allowing time and space at either end to let events grow, breathe and say their goodbyes without compromise. The ‘Gigue’ from Bach’s D-minor Partita, BWV1004 – Mutter’s encore, Penderecki, eighty-five this November, and Borowicz sitting at the back of the violins – was lithe and keenly modern. 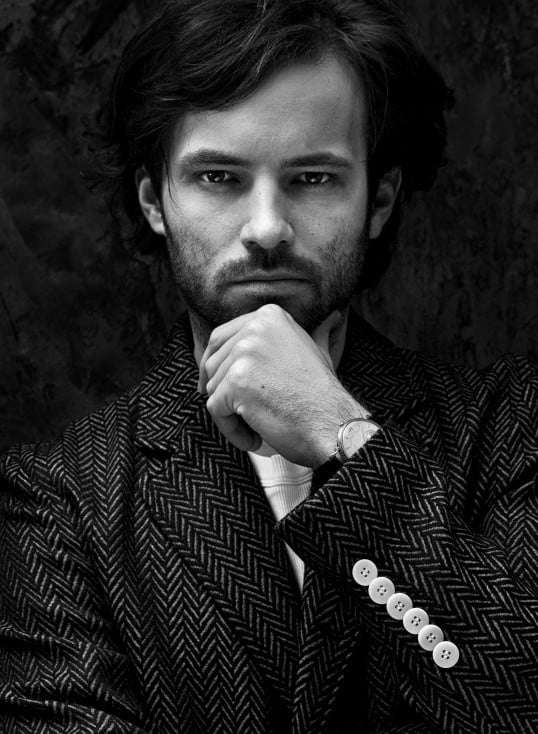 Andrzej Panufnik’s Heroic Overture – sketched in 1939 in solidarity with the Polish resistance, selected by the authorities for performance in the run-up to the 1952 Helsinki Olympics but then banned for being formalistic, revised in Twickenham in 1969 – proved an effective opener, with the brass exultant in its multiple tonguing, and tenor and side drums placed antiphonally. Borowicz has recently recorded an eight-CD Panufnik cycle for CPO and has the measure of the man and his style – in this case curiously ‘English’ whatever the music’s professed Polish sources.

Come Prokofiev’s 1944 Fifth, “grandeur … the free and happy man” wasn’t missing (first movement, the seething energy of the Finale). But other things left a stronger impression. Romeo and Juliet; lush pastures (third movement); whimsical games (second). And fleetingly (towards the end of the last) a sudden, starkly focussed allusion to the ‘invasion’ theme from Shostakovich’s ‘Leningrad’ Symphony. Other conductors bring out more garish colours. Many, for sure, go for the cheap thrill of fiercely explosive climaxes. Celibidache in Hong Kong I remember for caricatured rubato and acted-out militaristic satire. Some cannot resist the dervish-like spiralling hysteria of motoric patterns hypnotically reiterated, succumbing to acceleration at a cost. Overall, opting for measure before mania, Borowicz steered a knowing, nourishing journey. He gave the principals their head (ravishing, mellifluous flute-playing from Juliette Bausor). The bite, articulation and character of the violas at the start of the Finale allegro (slurs uppermost) was arresting. He made everything of Prokofiev’s precisely imagined contrasts, as economic or unleashed as needed. Tight agogics, precision attacks, the firmest of pulses, uniformity of ensemble, calibrated chords and textures, an elevated pedigree sound were constants throughout. The very last bars were compellingly about consolidation and arrival – the arrival point of a whole work, not just a single movement. A barometer of Prokofiev’s thinking – and Borowicz’s perception.