An especially attractive mix of works – all of them underrated but finding these composers at the top of their game – and brought off in wholly memorable fashion.

Osmo Vänskä may be an occasional guest with the London Philharmonic Orchestra but the microphones were out for this concert – hopefully the results will appear on the orchestra’s own label – and these very well prepared and hugely committed performances left no doubt as to each work’s very distinctive flavour. 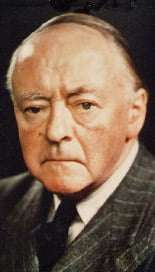 The music of Arnold Bax (1883-1953) is a too-infrequent a visitor to the concert-hall, even Tintagel (likely to be Bax’s best-known score) hardly gets a look-in (save that as the same time as this LPO performance was taking place there was also one in Manchester with Vassily Sinaisky conducting). Bax was a huge admirer of Sibelius, and one can hear his influence in Bax’s symphonies and tone poems; maybe this has helped bring Bax’s music to Vänskä who is, of course, a very distinguished conductor of Sibelius’s music. Tintagel was given a confident performance, vividly detailed, the LPO fully seized of Bax’s intentions, the music itself – no mere travelogue of Cornish landscape – was here both tightly organised as well as colourfully descriptive of seagulls, breezes, the sea and castle walls. There were moments when Vänskä might have ‘hugged’ the music more, but he caught its restless undercurrent well and brought a dramatic charge that was potent and compelling.

Leonidas Kavakos has no need for hype or an adoring audience; we just know he is one of the finest violinists around, blessed with an impeccable technique and a platform-manner devoid of showiness. Only the music matters. Such nonchalance might be misconstrued, but the ear is left in no doubt as to his passionate response and he is also the possessor of a particularly rich-sounding instrument, its tones achieved without pressure. His gave a fabulous account of Nielsen’s adorable Violin Concerto (1911) – the composer a one-time violinist and member of the Royal Danish Orchestra – the solo part being fiendishly difficult and here made into music – demonstrative, tender, heroic, pastoral and capricious, Vänskä and the LPO offering a particularly lively accompaniment, brimming with detail and pithy comment. The wide-ranging first movement drew lengthy applause – most of those clapping seemed to think that the work was over (the first movement is very complete in itself); so, as an encore, Kavakos and the number-two-signalling Vänskä offered the concerto’s second movement!

The work is cast in two movements (growing from Sinfonia espansiva – Symphony No.3 – and pointing towards the Fourth, Inextinguishable); both of the concerto’s movements have extended introductions (one exploratory, one raptly slow) and lead to ideas that are respectively gallant and amiably dancing, Nielsen’s rhythmic codes and whimsical interruptions a further mark of his distinct personality, quite superbly served here. It is difficult to think of a finer living violinist than Kavakos, so comprehensive and intertwined is his technique and musicianship.

Presumably this very revealing performance wasn’t recorded – Kavakos wasn’t afforded his own microphone – so it will be a very fond memory, but the Rachmaninov ought to make a very recommendable release. This 64-carat masterpiece, one of the composer’s greatest achievements (if hardly as ‘popular’ as his previous symphony or the second and third piano concertos – although the fourth of the latter is the greatest!), was given a plain-speaking performance by Vänskä and the LPO, devoid of wallowing and Hollywood glamour, the emphasis being on lean textures, clarity and Slavic intensity. The regret and frustration that this music relates was delivered organically and severely, the composer’s remarkably sophisticated scoring fully revealed, whether at full vent or in the subtly lit, ideally balanced, presentation of the opening motto shared between horn, clarinet and cello. As in the Bax, there were moments when the music could have expanded a little more, more time afforded, but the wholeness of Vänskä’s approach (including observing the exposition repeat in the first movement) was engrossing and the LPO found the virtuosity to meet Rachmaninov’s considerable demands.