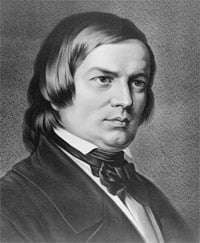 Hard now to believe the rapturous reception that greeted Schumann’s oratorio “Das Paradies und die Peri”, whether at its November 1843 premiere or at performances throughout its first half-century.

Heard at this concert, its lasting impression is of a pathos that, being kept within circumscribed limits, rarely approaches the profound – for all that Thomas Moore’s epic poem “Lalla Rookh” (as translated by the composer’s boyhood friend Emil Flechsig) deals with concepts of earthly transcendence and heavenly attainment in fanciful and high-flown terms typical of mid-19th-century Romanticism.

The scenario, in which a Peri – the offspring between a mortal and a fallen angel – seeks admittance to Paradise through securing the gift “most dear to Heaven” (what a later generation of writers and philosophers were to equate with compassion) and succeeds on her third attempt, is ideal subject-matter for a work in which imagery rather than action provides the means for dramatic continuity.

Thus in Part One, the Peri offers the last drops of blood from a young hero who has been felled by a tyrant – to be turned away at the Gates of Heaven; in Part Two, she offers the last kiss bestowed by a maiden on her plague-stricken lover whom she has joined in death – once more to be denied access; in Part Three, she offers the tears of penitence from a fallen knight as he joins an innocent youth in prayer – this time moving the Heavenly Host sufficiently so as to be admitted amid great rejoicing.

This outwardly straightforward and cumulative narrative is treated by Schumann with a combination of the earnest and the capricious that, whatever its expressive limitations, avoids the sanctimonious quality found in Mendelssohn’s “Paulus” (the likely model in certain respects) and also the portentous feel of those secular oratorios by generations of composers ranging from Spohr to Bruch: in other words, a setting that does justice to its subject without seeking to ‘go beyond’ it in a way that the narrative might seem to invite. Nor is it a surprise when Schumann’s inspiration tends to be at its keenest in passages where the Peri fails in her quest, rather than in those where she anticipates and, finally, attains fulfilment: a question of travelling in hope that is as characteristic of mid-Romanticism as a whole as it is of Schumann’s music in general and of his larger-scale vocal works in particular. 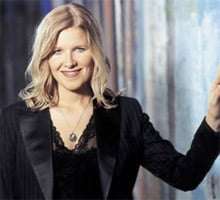 Not that such limitations were abetted by this performance which, in almost all respects, made the strongest case for the piece. Above all, Sally Matthews entered into the spirit of the Peri, and her yearning for the divine, with remarkable acuity and a vocal response that grew in conviction as the music grows in intensity: her contribution at the close was one of breathtaking accomplishment. Mark Padmore seemed a shade unsettled in his initial entries, but audibly warmed to his role as it unfolded – his contribution calling for a stamina that was more than met here. 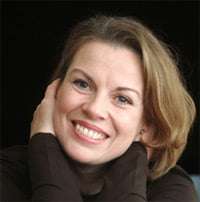 The other vocalists are at least as much a part of the quartet that functions as a semi-chorus than soloists as such; but Bernarda Fink was glowingly secure as the Angel, while as the Maiden – whose selflessness is the focal-point of Part Two – Kate Royal demonstrated why she is among the most promising of younger British singers. As the Young Man, Timothy Robinson’s plaintive if insubstantial tone was all too easily overshadowed, but David Wilson-Johnson’s contributions had a combination of the robust and the thoughtful that have characterised his singing over the past quarter-century.

Tackling this work for the first time in the UK, Simon Rattle seemed more at ease with Schumann’s idiom here than he often has when conducting the composer’s symphonies – allowing the music to follow its unforced course without ever seeming becalmed, while keeping textures pliant and transparent at all times.

The Orchestra of the Age of Enlightenment was on excellent form, with beguiling woodwind and brass playing (though the substitution of tuba for ophicleide in Part One’s battle scene was an inauthentic touch that could surely have been avoided?) and a naturalness of phrasing that never became clinical. The Choir was equally assured – whether in the testing interplay of the Handelian fugue that ends Part One, or as the Chorus of Blessed Spirits that join the Peri in rounding off the work to triumphal effect. Such elation, even if it fails to transcend its era, was nothing if not appealing on this occasion.