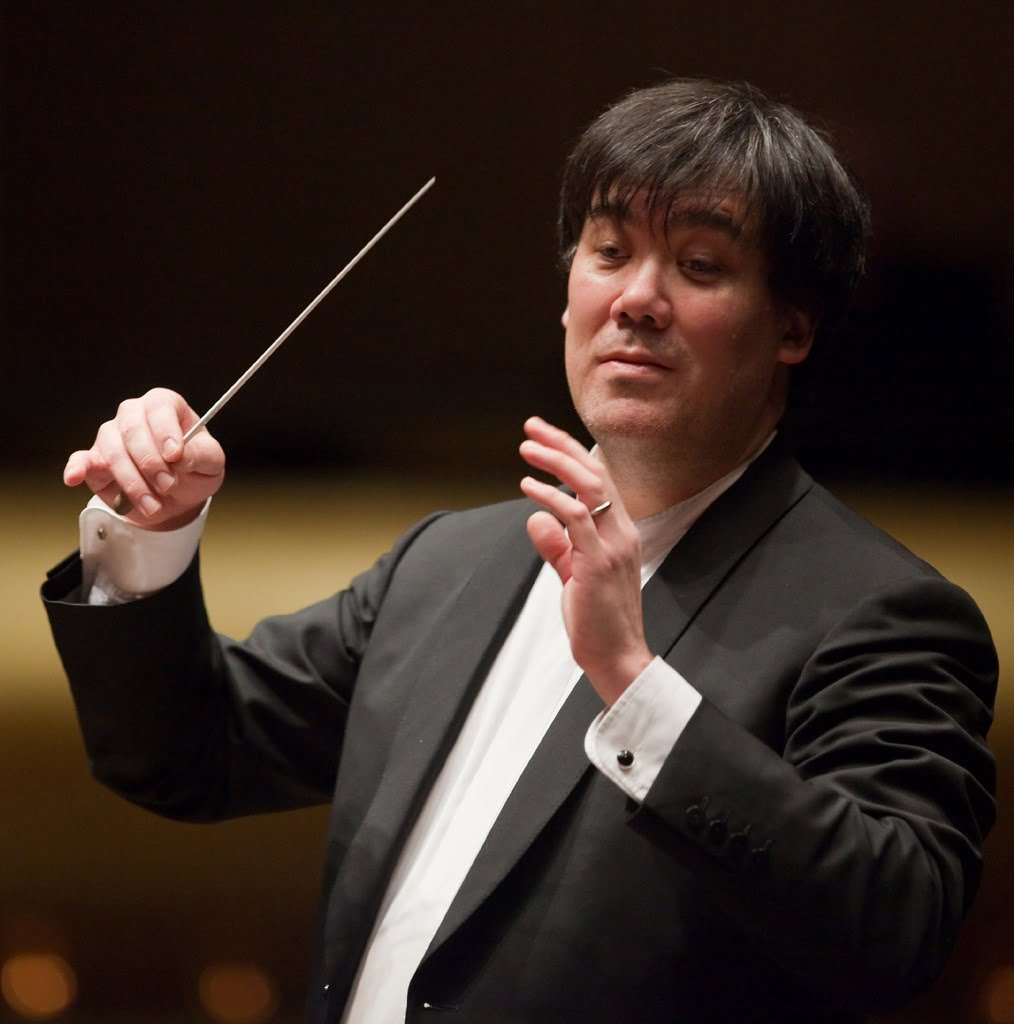 The programming surprised. As recently as last November Joshua Bell performed Tchaikovsky’s Violin Concerto at this venue; he has a comprehensive repertoire so surely another Concerto could have been presented. It is also puzzling why this work should have been left until last – a very rare occurrence at a symphony concert and this always feels uncomfortable.

Putting aside the wisdom of the presentation, this was a beautiful performance of the Concerto, romantic in the best sense and, as before, Bell was especially skilled in subtly incorporating the many required changes of tempo, often including exciting accelerandos, while still respecting the overall structure of the movements. The previous account had Bell directing the Academy of St Martin in the Fields, but with the LSO it was even better. The rapport with Alan Gilbert (music director of the New York Philharmonic, in his LSO debut) was remarkable; the rendition was one of supreme unity. Bell seemed to have more freedom on this occasion and his playing was a touch more expressive. The ensemble was very precise, the powerful orchestral outbursts were vivid and the Finale was ideally fiery. Amid all this was the exceptional beauty of tone that Bell elicited from his 1713 Stradivarius. He thoroughly deserved the ovation, but it was a shame that some spoiled the continuity of the piece by annoyingly clapping after the first movement. 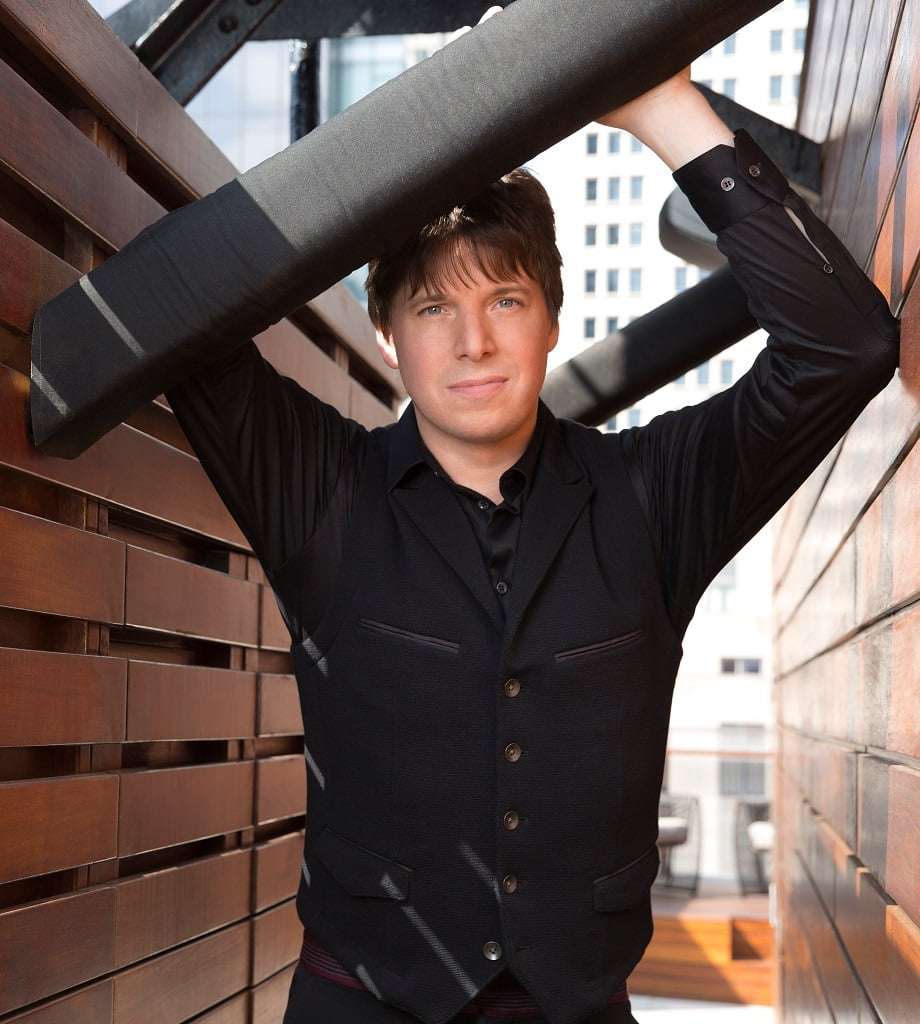 The concert opened with the Overture to Carl Nielsen’s Maskarade, which displayed Gilbert’s strong view of this composer, at least as fast as any I have heard. This is a humorous piece but Gilbert went further and figuratively had Nielsen slapping the audience on the back. Nothing subtle here but brilliantly played by the LSO.

Gilbert’s interpretation of Sibelius 3 was impressive. Characteristics included absolute clarity of inner parts, tremendous force at climaxes and wonderfully soft pianissimos, the LSO very responsive. Timpani are important in this work – particularly in the first movement with many attacks and significant crescendos. Many years ago, in his famous complete Sibelius cycle (with the LSO), Anthony Collins brought out this element robustly and Gilbert’s approach was similar. The middle movement is marked Andantino con moto quasi allegretto which suggests a forward-moving tempo although I know that a number of people have argued to the contrary. Gilbert takes the swifter-flowing view (another Collins feature) and I found it very effective because it helps to retain the tension of this dramatic Symphony. The Finale was all-powerful: from Gilbert a fortissimo with the LSO is something of a special concert-hall experience – one not always evident from this conductor’s various recordings with other ensembles. Hushed playing was magical and, as throughout the work, the conductor gave the same underlying pulse to the slow sections as in the surrounding passages so that there was never any impression of holding back. Sadly, setting the unfortunate trend, some in the audience did a pattering of hands between movements.

Anders Hillborg (born 1954) dedicated Exquisite Corpse (2002) to Alan Gilbert who conducted the premiere with the Royal Stockholm Philharmonic. The strange title refers to the children’s game that inspired it. The work seems programmatic because of its many contrasting sections but I think any set of events could be described and the music would equally well represent it. It is a piece spectacularly scored and aimed at the skills of a virtuoso orchestra – percussion features prominently. The orchestration includes a piano, although except where it plays with the harp, the pianist’s efforts were mostly seen rather than heard. The peak of the drama involves unleashing the percussion, several sorts of drums beaten rhythmically in unison and with great vehemence makes a firm basis for the mayhem occurring in the rest of the orchestra. The music is loud and violent; however it is also carefully calculated and logical. There are also two impressive quiet passages for strings, the second of which has a questioning peacefulness reminiscent of Michael Tippett.

Prior to the concert students from the Guildhall School of Music performed Nielsen’s Wind Quintet – a tremendously demanding work in which there is nowhere for any of the instrumentalist to hide. Themes were brought out with clarity while complex harmonies and daring running figures supported them in admirable detail. The successful feeling of rhythmic continuity in the Finale was achieved more successfully than with a number of professional ensembles that I have heard and the late fearsome passage which Nielsen gives to horn was played immaculately.