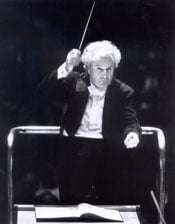 Although there was no ‘overture’, the lengthy orchestral introduction to the concerto offered a rough-hewn and variegated start to the evening – a “Sir Colin Davis at 80” concert – the conductor finding numerous moods and characters, although the somewhat impromptu response from the LSO – evident elsewhere throughout the work – suggested a lack of engagement difficult to pin down.

The ‘new, improved’ Evgeny Kissin – technique as unimpeachable as ever but now more emotionally outgoing and searching, shackles tossed aside, an interest in the orchestra now evident, body language altogether freer – made a commanding entry, and as the orchestra had done, made telling use of dynamic contrasts. Kissin also seems to be more aware that soloists are sometimes called upon to ‘accompany’, which he did with tact, and if some of his playing is, in basic terms, still too loud and aggressively accented, such ‘force’ now seems to come from within rather than being applied. The first-movement cadenza was magnificently rhetorical and cumulative, the Largo engagingly searching and rapt (with fine solos from flute and bassoon) and the finale was launched with athletic vigour, later contrasts effectively made. If only the orchestra had been a little more ‘present’ at times. 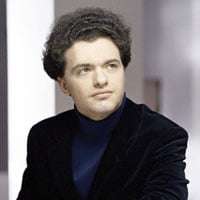 Kissin doesn’t seem to do ‘humorous’ or ‘witty’ – thus the concerto’s final bars failed to raise a smile, but they were brought of sufficient crystalline clarity to brush aside any dark clouds still lurking. Just to confound that notion, he then offered an encore – which he announced as a “Contredanse” – and demonstrated sparkling repartee as he played an example of Beethoven’s ‘Bier-Haus’ catalogue! In my experience, this was a very different Kissin, a musician now able to share his experiences. It has been announced that Kissin and Davis are recording Beethoven’s piano concertos for EMI – whether this is the LSO cycle from a couple of seasons ago (which was broadcast) or a forthcoming project I know not: ideally the undertaking should start as of now.

Davis’s view of the ‘Eroica’ is familiar (maybe too familiar) and was last heard in London at an LSO Proms appearance in 2005 (coupled to Tippett’s Symphony No.4). However, there was no contempt here from either orchestra or audience, as Davis and the musicians unfolded a majestic account, the first movement being of breadth, dignity and malleability – although the observance of the exposition repeat serves only to delay things (in my opinion!) – and with confrontation only emphasised at significant moments: Davis is the perfect antithesis for the ‘ruthless’ approach to Beethoven. Strangely, if again familiarly, the ‘funeral march’ was a little lightweight and too well sprung to begin with, yet Davis’s long-viewed approach eventually suggests, rather chillingly, just how ‘black’ and unrelieved Beethoven’s conception is, the composer unable to find any hope whatsoever for humanity. Fortunately, the scherzo was a mercurial counterpart, the trio of horns nimble if not brazen enough in the trio – although the wonderfully intense oboe-playing of Emanuel Abbühl must be singled out for every contribution he made – and the bucolic and transcendental aspects of the finale were equipoised to set up a liberating coda.

If detail wasn’t always as precisely placed as ideal, this was a compelling performance nonetheless, brimming with humanity. The ovation for Davis from both audience and orchestra (led in every sense by Gordan Nikolitch) told its own story – a musical friend that is always welcome and blessedly free from hype and sensation.