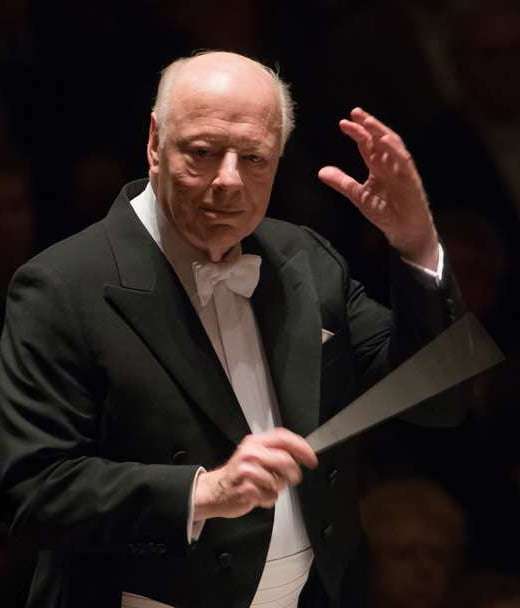 Bernard Haitink followed his LSO Mahler with another valedictory Ninth Symphony, as Bruckner’s unfinished masterpiece is often taken to be. Although the composer suggested using his Te Deum as the hymn of praise for the Finale he intended but was unable to complete, Haitink sidestepped that challenge by programming it in the first half, leaving the Symphony to stand as the magnificent torso it is, ultimately serene but unresolved.

Haitink’s account of the Te Deum was fluid and well paced, certainly evoking its majesty and grandeur but not stalling through awe-struck reverence. That had the virtue of bringing out its symphonic momentum and not stealing the thunder of the Symphony. Although Haitink slowed down noticeably in the final bars, the music remained incandescent, just as the ostinato arpeggios maintained dramatic impulse and rhythm, as though encountering one mountain peak after another.

Among the soloists Sally Matthews and Eric Cutler drew most attention: Matthews for too much vibrato, tending to sound too operatic, and Cutler for his supplicatory and tremulous “Te ergo quaesumus”, though they were both fervent in their repeated prayer “non confundar in aeternum”. The London Symphony Chorus was musically precise but diction was sometimes muffled.

In the Ninth, Haitink demonstrated his masterly control of Bruckner’s vast structure, starting slowly and deliberately, the marking of Misterioso correctly observed. He navigated its stark blocks by melding them together more or less seamlessly (though Nowak’s edition, in papering over some of the jagged cracks in Bruckner’s unrevised score helps). Haitink achieved that principally through the flexibility of his temps, pushing on towards one climax, holding back more at another, and drawing carefully shaded contrasts rather than strongly opposed sequences. But careful layering brought out much instrumental detail which is often overlooked.

During the outer sections of the Scherzo, swirling flutes and strings created the impression of something unrooted and in a state of flux. That, taken with a prevailing air of tragedy and resignation throughout the Symphony brought Haitink’s interpretation closer to a sense of Schubertian bewilderment and terror, rather than a Beethovenian struggle with metaphysical forces which is violent if ultimately containable. There was a little less sheer weight and drama than Haitink found with this orchestra in February 2013, and he was somewhat swifter in the outer movements than before (each clocking in at about twenty-five minutes here).

The Adagio he kept moving and despite a lack of balance with the brass elsewhere, here that section was translucent and less funereal. It felt more prosaic (which is not to be taken entirely negatively) in moving towards some resolution, or at least seeking it, although that was not attained in the coda, which was not drawn out with any cathartic rest or finality. That was as Yannick Nézet-Séguin did with the London Philharmonic five years ago, but he then took up Bruckner’s suggestion by ‘completing’ the Symphony with the Te Deum. That might have been convincing and would certainly have been an interesting prospect from arguably the greatest Bruckner conductor alive today.