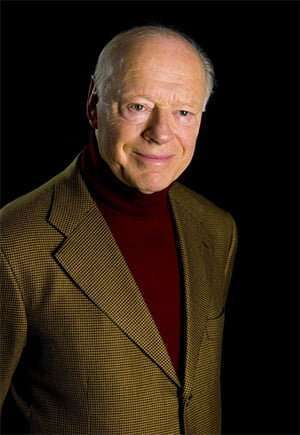 Bernard Haitink’s second appearance this season with the LSO again coupled a piano concerto by Mozart with a symphony by Shostakovich. The former was its composer’s last – though, as recent research has shown, the B flat no longer enjoys the cache of having been written in his final year: the piece was drafted some three years earlier and only finished when a performance was likely. Unlike K271 in the previous concert, moreover, K595 depends almost wholly on the performer as to whether it comes over as a masterpiece or a lesser adjunct to those that preceded it. Suffice to say that, while there have been more probing accounts, Emanuel Ax had its measure from the outset.

The most inward of Mozart’s opening allegros, the first movement had elegance and even gentle wit to complement its underlying pathos. Interplay between soloist and orchestra was all that it should have been and, though Haitink prefers a slightly larger body of strings than is often now the case, the wind instruments (a flute and two each of oboes and horns) were never obscured. The central Larghetto was equally poised, Ax scaling down his tone such that the reprise of the main theme had a confiding intimacy. Other pianists may be more fanciful or imaginative in this music, though few can propel the solo line with such understated control or clarity of articulation.Not least in the finale, whose dance-like lilt was deftly maintained without drawing attention away from such passages as that where the theme fairly steals in after the cadenza as if to confirm the essential privacy of the work overall. In spite of the warmth of the applause, Ax pointedly refrained from an encore – as though acknowledging that there was nothing more to be said. 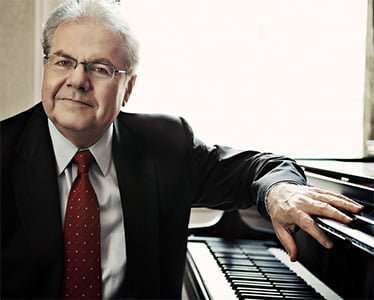 Shostakovich’s Fifteenth Symphony (1971) is perhaps the most inimitable as well as personal of the cycle: much has been written as to what it might ‘mean’, though any interpretative approach stands or falls by its overall consistency. In the first movement, Haitink maintained a steady yet never sluggish tempo – the music’s deadpan nonchalance holding good during the contrapuntal density of the development as in the ominous poly-rhythms that bring back the main theme with heightened intensity. The Rossini allusion was as dryly rendered as the circus-like apotheosis was vividly projected, so making this putative evocation of a toyshop at night the most subversive sonata-form design in its composer’s output.

In terms of overall follow-through, the second movement is ostensibly the most straightforward without its being in any sense an easy option. Haitink paced the initial alternation of brass chorales and cello soliloquies superbly, aided by Tim Hugh’s eloquent rendering of the latter, thereby gaining momentum without losing focus in the central juxtaposition of woodwind chants and trombone orations such that the eventual climax conveyed genuine anguish despite its outward implacability. The belated recollection of earlier ideas was positively glacial in its remoteness, yet the passage for celesta and lower strings (often thought as a homage to Britten, the latter certainly returning the compliment with his opera on Death in Venice) was spellbinding in its inwardness, while the final bars had a black irony which segued perfectly into the next movement, which emerged as a spectral conflation of intermezzo and scherzo in which the barbed humour of its trio was pointed up by the animation of its main idea – aspects of both outflanking each other until the music had run its course.

Come the finale and Haitink deftly unfolded the transition from its sombrely Wagnerian introduction to the lilting gait of its first theme and on to the deft syncopation of its successor, yet he did not quite pin down the inexorable momentum of the central passacaglia as this drew subsidiary ideas into its orbit on the way to its culmination in a chord whose corrosive dissonance was necessarily to the fore. After which, the music pensively retraced its steps as it dissolved into a nirvana of percussive patterns and a chimed farewell. Few symphonic endings convey such emotion through such economy of means: a quality Haitink conveyed with absolute mastery.