With the recent passing of Sir Colin Davis, the effective retirement of Pierre Boulez, and no sign of André Previn this season, even in his 85th-year (born 6 April 1929), Bernard Haitink now finds himself the ‘elder statesman’ among the London Symphony Orchestra’s roster of conductors. Certainly he appears to wear his 84 years with relative ease, not least in the first of these two LSO programmes which juxtapose two of Mozart’s most characteristic piano concertos (K271 & K595) with Shostakovich’s two most original symphonies (4 & 15). 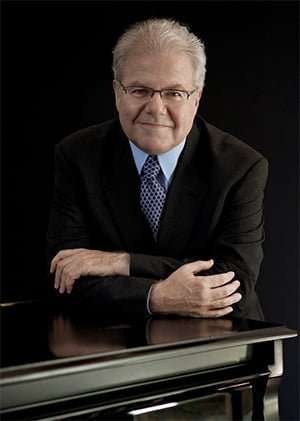 Mozart’s E flat Piano Concerto from 1777 is significant in its being the composer’s first sure-fire masterpiece and also the first concerto written for piano to have entered the repertoire. Its interplay of soloist and orchestra is of a resourcefulness and a finesse that Mozart did not equal until his piano concertos of 1785/6, by which time the present work’s unerring equilibrium between Baroque precedent and Classical precepts was no longer feasible. Emanuel Ax duly brought his understated perception to bear on an opening Allegro in which not only the arresting initial exchange, but the degree to which piano and orchestra are integrated in a stealthily evolving dialogue, provided the template for Beethoven’s last two concertos three decades hence. Directing appropriately scaled-down forces, Haitink underlined the pathos and rumination of the Andantino with its austere yet plangent harmonic shadings and then proved a typically astute partner over the course of a finale whose engaging repartee admits of a courtly minuet to offset the prevailing energy until virtually the close.

From Mozart’s most innovative Piano Concerto to Shostakovich’s nominally most radical Symphony might, from other conductors, prove an unbridgeable gulf. Not for Haitink, who has been unstinting over 35 years in his advocacy of a piece whose formal and expressive recklessness might have been thought unsympathetic to this most methodical and least flamboyant of conductors. In the event, it was precisely these qualities that were evident in an interpretation which, while not neglecting diversity, brought impressive cohesiveness and inevitability to bear on the Fourth Symphony of 1936. 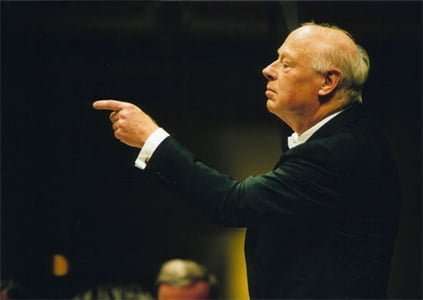 At 72 minutes there can have been fewer more expansive accounts, yet such was the consistency of pulse throughout the vast outer movements that there was no sense of marking time or losing focus. Trenchant though not unduly dogged, the martial first theme of the opening movement led seamlessly to its stealthy Hindemithian successor – then, via a capricious and ultimately explosive transition, to an eloquent theme whose Mahlerian overtones were unobtrusively brought out. The prolix development was kept on a tight though not inflexible rein, and although the string fugato and ensuing climax were not as searing as they can be, they were finely judged within the context of an entity whose reprise almost casually reverses the order of the main ideas on the way to its ominous coda.

The middle movement was a perfect amalgam of scherzo and intermezzo, not least in the weighting of alternately inquisitive and wistful main themes: the intensifying string fugato on the former and the latter’s resolute restatement enhanced by the unanimity of the LSO’s response, as was the spectral interplay in the coda. As to the finale, Haitink adopted a steady yet not unduly measured tempo for the initial funeral march as was maintained over a toccata-like section whose cumulative repetition of motifs was confirmed as anything but mindless. By the same token, the ensuing divertissement was rendered not as a disjunctive succession of dance parodies but as a series of variations on earlier ideas such as tailed off almost regretfully into the climactic peroration and coda. The former had just the right granitic power and implacability; then, without undermining the basic pulse, Haitink rendered the latter as a prolonged fade not towards despair but as one whose fleeting recollections ultimately gave way to the nirvana of silence.

It was a measure of the conviction of this reading that the audience remained silent right through the raptly inward final minutes – Haitink (who permitted himself barely a minute’s sit-down between each movement) visibly gratified with the excellence of the orchestral playing and, in a quizzical gesture towards Shostakovich’s score, grateful to the music itself.