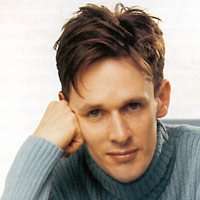 After Mozart and Beethoven, Sir Colin Davis chose to feature the third giant among the composers of the Classical era, Joseph Haydn, for the concluding concert of the London Symphony Orchestra’s New York visit. Although the performers were British, “The Creation” was given in its German version.

Davis reverted to the antiphonal violins he had employed in the Mozart a few days earlier, and used it to great effect in the interweaving string lines of the opening ‘Die Vorstellung des Chaos’ (The Representation of Chaos). Haydn’s highly advanced chromatic writing and the most hushed, mysterious sound the LSO had produced all week created the perfect, mesmerizing atmosphere here. This was followed by the most brilliant, sunny, spirited C major section to represent the creation of light, with the added choreography of the strings playing the big tutti chords with successive circular up-bows.

Throughout the concert the orchestra perfectly realized Sir Colin’s intentions, playing with verve, delicacy, humor, and plenty of unforced power when called for. The woodwinds really distinguished themselves, and among them flutist Gareth Davies deserves special mention for his celestial sound at the beginning of Part Three. 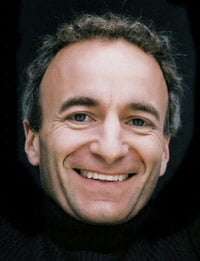 The five solo parts were taken by three singers, following Haydn’s practise, as Raphael/Adam, Gabriel/Eve, and Uriel. For the first role the composer specified a bass, but on this occasion baritone Dietrich Henschel had been cast. While a lighter voice seems appropriate in the recitatives, and the high notes might tax a bass, the depth of sound and the power in the low register one expects just weren’t there. Henschel brought fine musicianship to the role, but one wished for more of a declamatory sound and projection.

Ironically, his light baritone voice in a bass role was set against the dark, almost mezzo-ish soprano voice of Sally Matthews. She similarly excelled artistically, but seemed oddly miscast vocally. Her repertoire includes many of the traditional roles for light soprano, yet to this listener it sounded as if her voice has deepened beyond it, and she was scaling it back, turning it inward, instead of letting it ring out. In contrast, Ian Bostridge sang with enviable freedom, his agile tenor effortlessly soaring out into the hall. Finally there was everything one could hope for – artistry and beauty of sound – regrettably in the smallest of all the roles.

A great credit to director Joseph Cullen, the London Symphony Chorus again distinguished itself with impeccable precision, clear diction, and perfect blend. It was very obvious that Sir Colin Davis enjoyed working with this wonderful group, its fourth New York appearance with him since September of 2005. Looking at his recent schedule, he seems to have a special interest in the big choral pieces; we can only hope to hear him do more.