Just before this performance of Verdi’s “Otello”, Sir Nicholas Kenyon (Managing Director of the Barbican Centre) announced that Sir Colin Davis had been awarded the 2009 Queen’s Medal for Music. The honour was given particularly in recognition of his decades at the centre of British musical life, and for his championing of young performers and artists. How true, and this momentarily reminded me that one of my earliest operatic experiences was a 1983 “Otello” at The Royal Opera House under Sir Colin, then its music director, with a cast including Charles Craig (replacing Plácido Domingo at very short notice), Piero Cappuccilli and Katia Ricciarelli.

Just as I recalled how exciting I found that evening, Colin Davis (now 82) stepped onto the podium, more or less ignoring the ovation that Sir Nicholas’s speech had engendered, and launched the London Symphony Orchestra into that opening storm (without the organ pedal though). What followed was an ideally urgent and dramatic account of “Otello”; and with the orchestra not restrained by a pit, one was aware of details that had hitherto gone unnoticed. The LSO musicians were on intense form and the dynamic range Davis elicited from them was huge. Many moments stand out, particularly from Act Four. Christine Pendrill gave us some haunting cor anglais-playing of the highest order – that dark G sharp minor passage eerily presaging the horrors to come. Also memorable was the fabulous playing by the double basses when Otello approaches the sleeping Desdemona. The quiet ending of the duet of the first act was also deftly managed, as the silence that followed it attested. Indeed it was the two outer acts of the performance that were the best overall. The overlong interval meant it took a little while for tension to be recreated for the early part of Act Three. 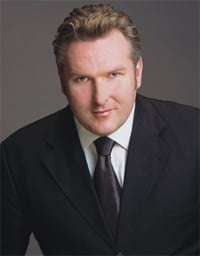 There were some excellent vocal performances. In the title-role was Simon O’Neill who had taken over from an indisposed Torsten Kerl (blighted by a throat infection) late in the day. O’Neill certainly has the heroic and metallic tone the part needs. His top notes ring! However, the character of Otello is also introverted and O’Neill was very affecting in those monologues when the Moor’s world crashes about him, and one became aware at this performance how they all start on a monotone. O’Neill can also float quiet high notes, and that made the conclusion of the Act One love-duet very memorable. If a dimension was lacking it was in capturing Otello’s dangerously mercurial changes of mood.

The casting of Iago was both surprising and successful. Gerald Finley has not undertaken many Verdi roles, and one might have thought his voice is too light and perhaps too genial for one of Verdi’s best villains. This Iago was very subtle and the pleasantness of Finley’s tone and the feigned ordinariness of demeanour when in public made the duplicity of the character even more chilling – and Finley certainly knows how to play on the words. If in the character’s more extrovert and explosive outbursts he just about had the thrust to cut through the orchestral onslaught, Finley knows about the effectiveness of body-language and movement – his slow entrances and exits really helped the portrayal. 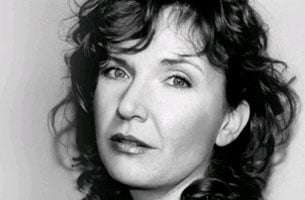 Anne Schwanewilms was also unexpected casting as Desdemona – we know her from her outstanding interpretations of Germanic repertoire. Truth be told her voice lacks the open-throated creamy quality and indeed an authentic Verdian line to be completely successful in the part. A less sparing use of portamento would help. Her diction was not quite as good as one might have expected. However, she does know how to float high pianissimos and has the power needed for the Act Three finale. Dramatically she was extremely convincing, and her Act Four ‘Willow Song’ and ‘Ave Maria’ scene was profound.

In the smaller roles Allan Clayton was an effective Cassio, good vocally at being the inebriate, and Ben Johnson was a presence as the ineffective Rodrigo. Matthew Rose made about as much as is possible of the role of Montano. Eufemia Tufano was a slightly nondescript Emilia, who could have done with just a little more presence. She was not helped by the surtitles during the Act Two quartet – as for the first part of it they concentrated entirely on the exchange between Otello and Desdemona rather than the Iago-Emilia exchange when she yields Desdemona’s handkerchief to him. The London Symphony Chorus was on sterling form, though at one point in the ‘Garden Scene’ of Act Two the ensemble sounded a little shaky. It was a shame there was no boys’ choir for that scene – you need their distinct sound in the texture.

The whole performance was exhilarating. Long may Sir Colin Davis remain at the centre of our musical life!