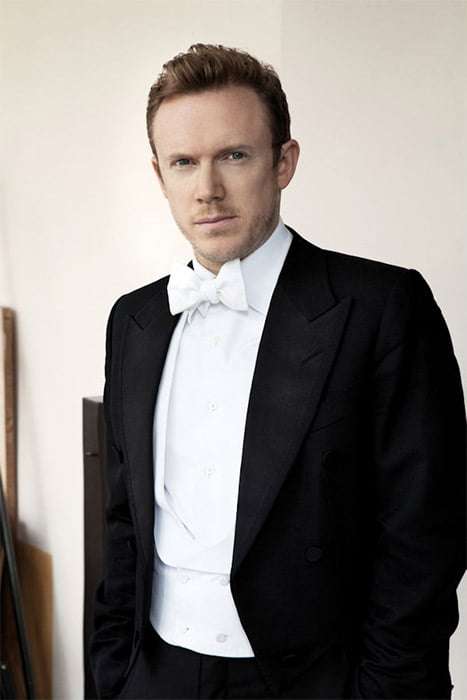 If not the strongest of Dvořák’s triptych of Overtures (the others of this set being the thematically related Carnival and the glorious In Nature’s Realm), then Daniel Harding and the LSO made much of the one inspired by Shakespeare’s Othello in this powerful performance, opening with mellow brass and radiant strings. It’s a typically generous piece, impressionistic at times if workmanlike at others, but there is no doubting that the denouement is tragic, a murder and a suicide, hammered home here.

Following the interval came a revealing account of the Bohemian composer’s Eighth Symphony, full of exuberance, pathos and lilt. In the outer movements Harding’s well-judged tempos allowed for the thrill of the chase and also a teasing out of beguiling detail. Harding brought an old-world flexibility to the Symphony, beginning far-away from the marked Allegro con brio, but how expressive and confiding it was and how persuasive were his emphases and ritardandos amidst the foot-stamping vitality; and there was room for shades and shadows that are rarely present in this outgoing masterpiece, bountiful of song and dance.

In the second-movement Adagio Harding invested tension-building contrasts that overflowed naturally into a Slavonic outpouring of emotion via a very particular hush. The heartfelt sway of the succeeding Allegretto grazioso was gently stressed while bedding it into slumber, Harding’s delicate hand ensuring a sotto voce return of the main material, and then the babbling coda was made sly… to which a barracks-like trumpet was an immediate cut-in to launch the Finale. It says much for the refinement of this reading that if the horns’ trills were a little subdued then such submission allowed for other things, usually overridden, to be heard; and the use of antiphonal violins made it clear that sometimes the seconds have more to do than the firsts. Harding ensured that all was rosy at the close, joyful and unforced. 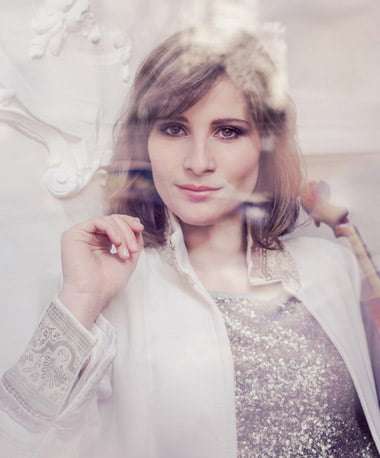 In between there were twenty minutes of Bartók, what we now know as his Violin Concerto No.1. In 1908 he completed this two-movement piece for Stefi Geyer, with whom he was having an affair and whose character is enshrined in the music. She ended the relationship but retained the Concerto’s manuscript. Bartók also kept a copy but never pressed for a performance. He did though re-use the opening movement as the first of Two Portraits (Opus 5). The Violin Concerto wasn’t heard until 1958, a couple of years after Geyer’s death and more than a decade after Bartók’s.

It’s an uneven work, if initially wondrously beautiful. Lisa Batiashvili ensured that such introspection grew ever-intense, suggesting a love-letter from Bartók to Geyer, and the ethereal close was as if the paper had become tear-stained. The second movement is quixotic with a diversion or three too many. Batiashvili gave a gutsy account of music that has wit (even suggesting a Till Eulenspiegel scale at one point), folksy liveliness and melodic sweep; she attacked the solo part and soared with it. The LSO and Harding were faithful partners, sensitive and deft.

Beginning the evening were twelve students from the Guildhall School serenading us few, proudly ceremonial to open with music that returns full-circle. Yet for all the talent on display a conductor might have aided a more comprehensive report on dynamics, colouring and shading, and made the cello and double bass less demure. This reading was certainly bursting with confidence, though, although the speed for the middle section of the second movement was simply too fast (it’s more happy-go-lucky than was allowed for), however well negotiated, and the succeeding swaying movement proved a little mechanical across its whole. The Finale, although given with flair, needed to be more incisively accented at times. A few bloopers aside, this was overall an accomplished take on one of Dvořák’s most enjoyable scores and which exuded a collegiate response.

Postscript: I do wish these Guildhall School recitals would begin later or last longer. This one finished at 6.25; it doesn’t take an hour to put chairs out for the LSO and one feels in a vacuum hanging around. Anyway, it was in many ways an encouraging GS showing and the concert was worth the wait.