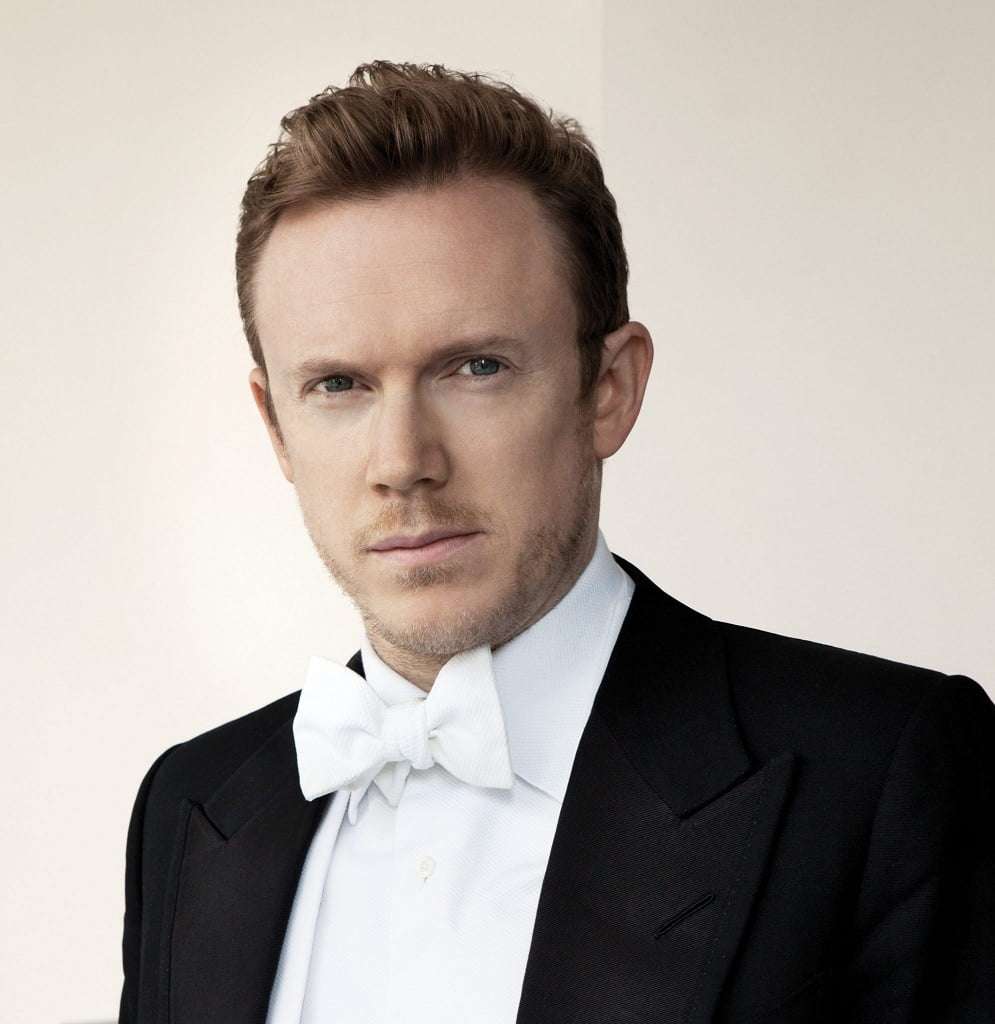 For a concert whose two major works relate to, or imply, some journey or travel, it was an amusing false start that Daniel Harding’s best foot was definitely not set forwards at the opening as he inadvertently advanced to the podium before the leader of the LSO had taken his seat. His gingerly withdrawal and Roman Simovic’s entrance put that right, and fortunately it proved not to be an omen for any mishap in the performances themselves.

Harding launched the LSO in a confident account of Helen Grime’s Virga (2007) evidencing their familiarity with a work which the orchestra commissioned. Over a settled, sustained background of often melancholically-inclined melodies, the array of glinting sounds conjured by various instrumentalists evoked the evanescent droplets of precipitation referred to in the work’s title, which form in the clouds but evaporate before reaching the ground. Harding successfully held the disparate elements together to create a compelling soundscape that disappeared at the end as capriciously and tantalisingly as the watery globules themselves.

Prokofiev’s Violin Concerto No.2 (1935) marked the composer’s return to Soviet Russia after nearly two decades away, and also his rapprochement with a generally more traditional, Romantic vein in his musical style. Despite the strongly melodic bent of the Concerto, Leonidas Kavakos avoided any gushing or sentimentalised projection of its themes, sounding detached and assured instead. In both the opening and second movements, he stated the principal melodies lyrically but efficiently with comparatively little vibrato, only adopting a fuller sound for their restatements – sweet-toned and inflected with a wistful reflectiveness in the first movement, more tense and assertive in the case of the slower second.

The LSO balanced the very opening with a lightly-worn accompaniment of some quizzical charm and insouciance, although Harding also drew a shadow of anxiety across its path, hinting at darker depths. The Andante assai was correctly observed in tempo, not standing around to wallow in meditation, though it certainly offered a haven of comparative calm. That said, its purposeful tread paved the way for the hectic Finale, rather than setting it in relief, and in the latter both Kavakos and the LSO brought vigour to its raucous rhythms. Greater force from the orchestra allowed Kavakos, in contrast, to skate over that with lithe, seamlessly executed acrobatics, digging more heavily into his violin, but without creating any especially raw or coarse tone from it; perhaps a little more grit may have been welcome. The whirlwind rush to the end was dispelled by the bittersweet harmonies of the songful third movement of Prokofiev’s Sonata in C (Opus 56) for Two Violins which Kavakos played with Simovic for an encore.

Richard Strauss’s Alpine Symphony (1915) is not only a musical distillation of a trek up a mountain and the experience of such a landscape over the course of a day, but it can also be construed as a philosophical, Nietzschean allegory for the ascent and moral progress of a soul. Harding’s reading was packed full of dramatic incident, steering an authoritative course through the disparate episodes of the music’s continuous span, which is largely devoid of systematic development: the weight and grandeur of the first climax at ‘Sunrise’ a few minutes in was such that it could not be surpassed by the LSO thereafter. Rather it was only equalled as the performance progressed, although a broadening of tempo and momentum instilled another sort of gravitas and heft to mark off those subsequent structural peaks, with more lustrous sound.

Along the way, Harding brought out a wealth of vivid detail, such as the flashes of colour to depict the waterfall (with the two harps in delectable prominence) forging a neat connection with Virga. In its immediacy, the brass at the opening loomed large in evoking the mountain amid the gloom rather than emerging gradually into focus, remaining on fine form, and off-stage creating a sense of space in replicating distant hunting horns, whilst Olivier Stankiewicz’s oboe solo later on was touchingly tender in its masterful precision. However, the thunderstorm towards the work’s end was somewhat confused and so made less impact than it could have done.