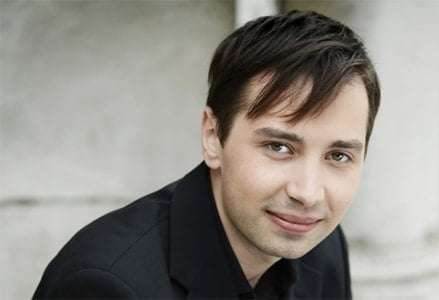 Any prejudices about the flute as a concerto soloist evaporated in Huw Watkins’s beautiful Flute Concerto, which showed-off the superhuman genius of the LSO’s principal flautist, Adam Walker. Watkins, brother of cellist Paul and as busy as a pianist as he is as a composer, has an incredible ear, and in this work has both fully exploited the flute’s character and stretched its virtuosic potential. Scored for conventional orchestra, with harp, trumpets and one percussionist, the three-movement, 20-minute work presents a stream of brilliantly imagined and subtly written effects – a squeeze-box-like drone on the strings in the first movement, some magical gilding of body colour from the trumpets and marvellous moments of pointillism initiated by the harp. The mood moves from discreet English lyricism in the first movement, to a gently mobile nocturne blues building to a ravishing closing section, and ending with a rhythmic, punchy finale.

Adam Walker’s playing was miraculous, his tone shifting imperceptibly from seductive roundness to an edgy astringency and adding layers of nuance to Watkins’s already thoroughly imagined, translucent writing. Walker literally breathed character into the music, with an effortless, assured virtuosity that played games to great effect with the orchestra, and with Daniel Harding superb in his control of balance and attack. 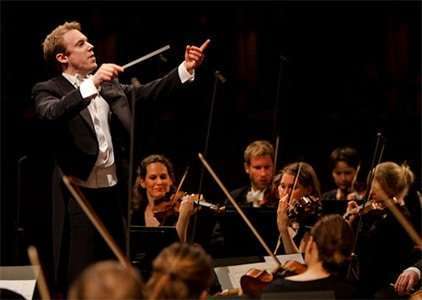 The quality of Walker’s musicianship lingered over the interval to remind us of the huge part the woodwinds play in defining the personality of Mahler’s First Symphony, a work that is in a direct line from the swaggering optimism of Schubert’s ‘Wanderer’ Fantasy as much as the romantic broken dreams of Winterreise. However many times I’ve heard this Symphony, its freshness, ambition and maturity never fail to astonish, especially so in this memorable performance overseen by Harding, as much enabler of the music as its conductor. The dawn opening, as painterly a landscape as I’ve heard, laid down the triumphs and trials Mahler’s hero was to experience, and, as the music progressed, Harding’s natural grasp of its steady accrual of identity proved disarmingly empathic. By the end, Harding had given us a hero whose stature fully justified the epic funeral rites the composer was to bestow on him in the ‘Resurrection’ Symphony.

You could easily visualise Mahler’s Wayfarer making a conscious effort to detach himself from the Eden-like opening – and even if Mahler suppressed his programme to this Symphony, Harding left us in no doubt about its narrative. There was the same gathering of self-consciousness in the Trio to the second movement, however deceptively couched in Bruegelesque vigour. The irony in the ‘Frère Jacques’ funeral march was all the more marked by being suspended over a sink-hole of hollow sound, with a bleak double bass solo setting the tone. Harding’s advance to the climax of the finale, all obstacles overcome with a Straussian swagger, didn’t miss a trick. Everywhere you listened to this great orchestra, there was an almost insane degree of connections and transferences of energy to be heard. The concert was dedicated to the memory of Claudio Abbado, the LSO’s Principal Conductor from 1979 to 1987. I think he would have got the point of this thrilling performance.