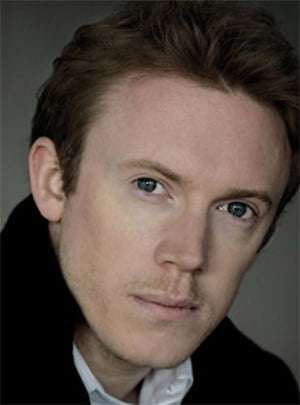 The LSO has had many flights of fancy with The Firebird during recent years, taking wing several times each with Valery Gergiev and the late Colin Davis. Piloted this time by Daniel Harding, Stravinsky’s extravagantly orchestrated complete score (which would later be filleted to become three suites) was airborne again, scene-setting and vivid narrative at the forefront of Harding’s conception, subtle enough to be a fairy-tale, sufficiently edgy and dramatic to be a Russian Grand Opera in the Rimsky-Korsakov mould. Harding exploited a wide dynamic and expressive range and there were many ear-grabbing textures (antiphonal violins an aural plus-point, and Edward Vanderspar’s viola was miraculously clear in ‘Round Dance of the Princesses’), all worked through as Fine Art, and with much sensuality.

Yet, although clarity and expansiveness (Celibidachian in places!) were welcome hallmarks of this performance, it was sometimes subdued in the least-expected places, a tame ‘Infernal Dance’ being the obvious example, at the end of which Harding accelerated considerably and incongruously to prove the point. There were also some garish moments, and some little slips in solos, only worth mentioning because the playing was so good otherwise and as a reminder that orchestral musicians are human (just like critics!). If the LSO’s cheque book didn’t run to the few pages of off-stage brass (rather ineffective when approximated by the players on the platform) and the music’s longueurs couldn’t always be disguised, there was much to admire and be involved with, especially the really quiet playing, somewhere around ppp at times, and the easeful conjuring of colour and timbre, if not the bludgeoned closing bars of the ‘Apotheosis’, timpani and bass drum missiles not holding much thrall after the first few. Like Davis, Harding took 50 minutes to traverse The Firebird, but he arrived there very differently. He and the LSO now have three consecutive performances in Germany to deliver (Frankfurt, Bonn, Baden-Baden). 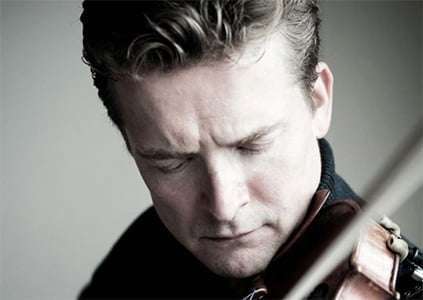 As they also do the rest of the programme. Originally the Tchaikovsky was to feature either Lisa Batiashvili (including London) or Christian Tetzlaff, but she sent in a sick note and he now gets the lot. Classically severe rather than lingeringly Romantic, Tetzlaff, some dodgy intonation in the first movement aside, played superbly as such, but without much spontaneity or interaction. He seemed to want to avoid a big gesture, pushing the music along too much, even in the second-movement ‘Canzonetta’, which could have been sultrier, and then racing through the cadenza (not for display but just to get rid of it, seemingly) that links into the finale, which also sped along, some ‘traditional’ contrasts refreshingly glossed over, others sigh-inducing in their indulgence. Ultimately, it was the suggestion that Tetzlaff has such an unwavering approach to the solo part that made this rendition resistible for all that the LSO provided a crisp and attentive accompaniment.

But the concert-stealer came first. It’s not often that the original version of Mussorgsky’s Night on the Bare Mountain gets an outing; usually it is given in Rimsky’s well-meaning and correcting hand, eminently enjoyable on its own terms, but Mussorgsky’s first thoughts (he too made revisions) are marvellously unruly and unpredictable, quirkily scored, and with enough waywardness to cause professorial eyeball-rolling. Harding and the LSO did it proud presenting hedonistic folk unconcerned with tomorrow, just out for a satanic good time. This is such imaginatively white-hot music and the performers were not far behind temperature-wise; weighty and incisive, and with lovely warm strings for the inevitable folksong, the LSO had a black mass of a ball, Daniel Harding the gleeful gatecrasher.