This typically ambitious programme from Valery Gergiev had, as centrepiece, a new Violin Concerto by James MacMillan. This LSO season has offered no mean conspectus over his output, and this work not only took up recurrent elements in his thinking but enshrined them in the movement headings. 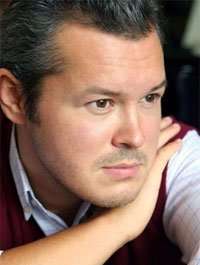 So the first movement, ‘Dance’, utilised a truncated sonata design against which to pit its energetic and lyrical ideas – their ongoing conflict mediated by the soloist’s vivid initial gesture and brought to a head in the hectic coda. Scottish traditional music of a more relaxed nature was encountered in the second movement, ‘Song’ – its tendency to climaxes of increasing stridency offset by passages where the soloist rhapsodised in its highest register, joined here by tuned percussion in some of this composer’s most subtle and imaginative scoring. A pity that the finale, ‘Song and Dance’, then fell down in striving to do more than amalgamate the two archetypes: here the faster music felt too contrived to be uninhibited (for all that MacMillan’s metric modulations may hold up on paper), while the second theme seemed an unlikely take on Viennese schmaltz. Added to this was a spoken element – in German and not translated – intoned by the LSO players with all the conviction of press-ganged cheerleaders, leaving the movement to be held together only by some scintillating solo writing which culminated in a virtuosic (though not unduly flashy) cadenza followed by a peremptory rounding off.

That said, this is probably MacMillan’s best concerto so far – not least because it jettisons most of the emptily rhetorical gestures that too often affected earlier such works, allowing for a textural clarity against which to integrate violin and orchestra. It helped that Vadim Repin, one of the more enterprising (i.e. – innovative rather than merely trendy) of younger violinists, was well advanced in his mastery of a solo part he played from the score, with Gergiev noticeably attentive in his support. A pity the work is not included in the repeat concert, as it could yet clinch a place in the modern repertoire.

The MacMillan ended a lengthy first half which had opened with Debussy’s Faune: an account that began persuasively (some elegant flute playing from Gareth Davies) but – not for the first time – got slower as it unfolded, Delian indulgence having been substituted for Debussian languor by the close.

Otherwise, Stravinsky was the order of the day. Omens were hardly propitious after last year’s under-prepared Symphony in Three Movements, but Symphony in C at least brought a measure of close coordination between sections and the rhythmic incisiveness essential if the opening movement is to sustain any ongoing momentum. The Larghetto had the right measure of knowing grace, though it was a pity that Gergiev chose to distend its closing gesture – as he did the blithe ending of an otherwise trenchant scherzo. Rather more problematic was the finale – its grave opening bars sounding unduly earthbound and its fast main section yielding a fair amount of fallible ensemble. Nor was the coda overly convincing in its rather effortful approach to a final cadence that felt the more approximate as a consequence.

After the interval, the 20-minute second half consisted of a “Symphony of Psalms” that conveyed the content of this singular work without really capturing its essence. A sizable but disciplined chorus and spacious platform distribution made for a performance of some impact and, in the inexorable setting of Psalm 38, this worked effectively. A pity that Gergiev seemed oblivious to phrasing in the instrumental fugue that opens Psalm 39, and that the double fugue with which it ends was not so much powerful as merely loud. The faster sections of Psalm 150 lacked nothing in incisiveness, but the repeated “alleluia” prefacing them were too circumspect and the radiant postlude evinced little in the way of rapture.

The LSO is no stranger to these Stravinsky pieces, so these readings must be an accurate reflection of how Gergiev perceives them, though it was hard not to feel that he was selling the music short.