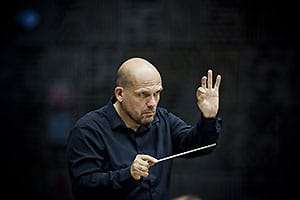 Those who have been fortunate to have encountered Jaap van Zweden’s conducting before – either through his growing discography (such as his series of Bruckner symphonies with the Netherlands Radio Philharmonic for Challenge Classics), or live – particularly in the United States, where he has raised the Dallas Symphony Orchestra to international standard (his contract there extended to at least the end of 2019) – will have made a bee-line for this concert, his debut with the London Symphony Orchestra, even more so, perhaps, as this programme marked the commencement of a series of LSO concerts featuring Yuja Wang.

Jaap van Zweden, at the age of 19, became the youngest-ever concertmaster of the Amsterdam Concertgebouw Orchestra, staying in that post for 14 years. It was Leonard Bernstein who urged him to take up conducting: “You’ve got something” he told van Zweden after asking him to take the baton while he sat at the back of the Concertgebouw to judge orchestral balance (if only conductors, appearing for the first time in a venue, would do that these days!). Jaap van Zweden is much more than a name to watch, and the prospect of him appearing with Yuja Wang was an exciting prospect. 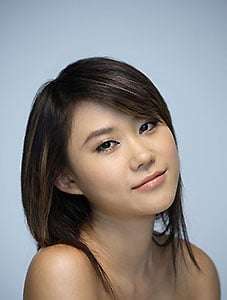 So it proved with Beethoven’s Third Piano Concerto, for the orchestral exposition was outstanding: the first chordal entry of the woodwind was, for once, immaculate in both tuning and ensemble; and, as the music progressed, van Zweden drew us more and more into the work until Yuja Wang’s first commanding entry confirmed that this was to be a fully integrated performance in which the soloist naturally and correctly assumed the leading role, doing so in a way that was deeply impressive. Every detail of Beethoven’s masterpiece was fully observed by both soloist and orchestra, producing an account of the opening movement that was literally revelatory in its rare combination of dignified nobility and architectural expressiveness. Using Beethoven’s cadenza, the soloist’s playing was of such penetration and insight as to cause one to catch one’s breath. She was exceptionally well partnered throughout, nowhere more so than in her beautiful and lofty account of the slow movement, at all times deeply controlled yet deeply expressive. The (almost attacca) finale proved to be equally impressive, revealing the genuinely prophetic quality of the work at the same time as proclaiming those qualities which are the C minor Concerto’s own.

This memorable account – Yuja Wang correctly resisting calls for an encore – was followed by a breathtaking performance of Rachmaninov’s E minor Symphony. This work is hardly new to the LSO’s repertoire, but on this occasion it came up fresh and new, a deeply impressive combination of expressive playing from the orchestra and architectural mastery from the conductor that, in sheer stature, stood head and shoulders above any recent account heard in the capital. The sheer flexibility of tempo and phrasing in the long first movement (sadly, shorn of its exposition repeat – the work gains in stature if it is observed), at all times subsumed to the vast ground-plan, produced a reading of enormous breadth and grandeur. In the scherzo, not so fast as to obscure the full nature of the music’s conception, van Zweden’s perfect tempos allowed a full range of expression – especially when Rachmaninov’s impetuosity seems to hurl itself at the listener. Here was a reading – most notably in the wonderfully grasped and played slow movement – that was remarkably fine throughout, especially in Chris Richards’s long clarinet solo, and the manner by which van Zweden built the finale was enormously impressive and undeniably thrilling.

The LSO responded to his outstanding direction of this exhilarating masterpiece with playing of the highest quality, the only entry in the debit column being the unnecessary and inauthentic timpani thwack on the final chord of the first movement – that low E is so much more musically impressive if left to the double basses alone, as written.