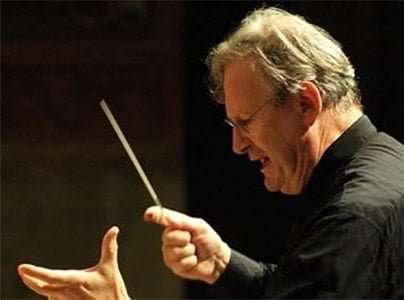 The LSO has an uncanny way of adapting to different conductors without losing its inimitable flavour, and with John Eliot Gardiner the musicians slipped into a hybrid period mode with ease – basically minimum vibrato from strings and classical-style timpani, with modern wind instruments, including mellifluous rather than rasping horns. With cellos and violas sandwiched between the antiphonal violins, the result sounded spacious and light and was enough to suggest early romantic sensibilities to the shrouded mysteries of Scotland. Gardiner and the LSO are currently championing Mendelssohn, whose Fingal’s Cave and ‘Scottish’ Symphony are as Caledonian as Parry’s Jerusalem is English, making many a tartan-clad breast heave with misty longings, and both works sounded particularly well bedded in.

In Fingal’s Cave, the strings rippled with half-lights, the perfect support for nimble definition from the woodwind solos, and the importance Gardiner attached to sustained pedal points helped create an impressionist seascape of which Debussy’s and Britten’s are direct descendants. You take the LSO’s responsive style for granted, but the subtlety of colour and expression were in another league, entirely at the disposal of what is in effect a tone-poem.

The same rapport was even more to the fore in the ‘Scottish’ Symphony, enhanced by the violinists and violists playing standing up. Whether it altered the sound is speculative. You certainly noticed the wiry, keening quality of the threnody in the slow introduction, and in general it gave the outer movements a swagger that enhanced the music’s solemn romance. As in Fingal’s Cave, there was a notable dovetailing of detail, with woodwinds slicing through to marvellous effect. This Symphony may be as fancifully Scottish and Victorian as some tartans, but Gardiner’s attack and his appreciation of Mendelssohn’s lucid orchestration gave it an integrity worthy of “Braveheart” (William Wallace) – and he also has a keen ear for the heightened intensity the key of A minor held for the composer. 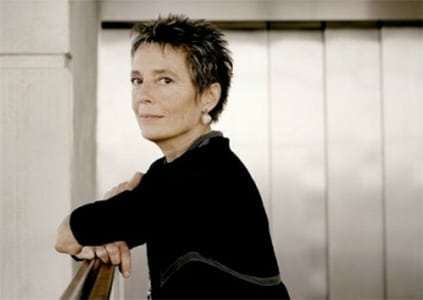 Maria João Pires put all her considerable poetry on the line for Schumann’s Piano Concerto. She’s not an impulsive player and her seemingly subliminal assertion and yielding of the piano’s lead was matched by Gardiner’s accommodating conducting and the LSO’s light-footed playing. The tempo of the first movement – steadier than is often the case – gave her just a bit more leeway for her special brand of warmth and lyricism to register, and her brilliant ability to gather up the flow of a work was thrillingly applied here. This was Pires on radiant, charismatic form, teasing nuances out of the music with all the easy fluency that defines this great artist’s playing. Her encore reinforced Schumann’s originality and genius for mystery – ‘Vogel als Prophet’ (from Waldszenen), which has moments that could have been written by Janáček or Britten.

The concert was being filmed by Mezzo, to be broadcast through Europe. Thus sections of the LSO were placed on black-draped platforms for the benefit of the many cameras placed round the auditorium.