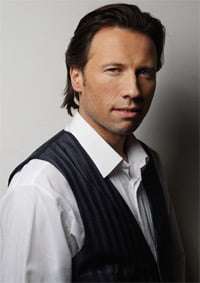 A last-minute change of soloist lent an extra degree of drama to this concert given by the London Symphony Orchestra. Not that it needed it. This display of music from Northern Europe found the LSO at its very best, and in Kristjan Järvi (the youngest conductor of the Järvi clan) the orchestra has a conductor with a strong feel for the distinctive sound of this region.

Nielsen’s exotic Aladdin music was a colourful curtain-raiser. It’s a fairly late (1918) mining of the same kind of Western view of the Middle East familiar from Rimsky Korsakov’s Scheherazade, though with even more brassy swagger and silken textures. There are surprises, though, particularly the Ives-like overlay of clashing material in ‘The Market in Ispahan’ and there’s a strong hint of the symphonies for which Nielsen is most famous in the ominous ‘Dance of the Prisoners’. Järvi drove the final number, ‘Dance of the Negros’, to a thrilling conclusion. 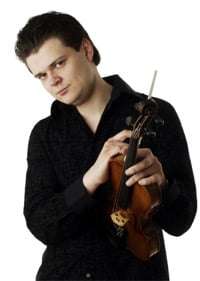 Sibelius’s Violin Concerto was to have been played by Julia Fischer, but an injury to her hand forced her withdrawal with less than 48 hours to spare. Happily, the LSO’s Roman Simovic (who shares leading duties with Gordan Nikolitch) stepped into the solo role. Simovic’s performance was not flawless, but, given the circumstance, this was not surprising. Nevertheless Simovic succeeded in projecting a distinct personality, which made for a persuasive performance. His was a very different interpretation from the one Fischer would have given us; Simovic was more inclined towards a rapturous spontaneity than Fischer generally is. Like Fischer, Simovic projected superbly, his clear tone carrying across the orchestral accompaniment with ease. His vibrato, though, was at times baggy, sapping clarity and directness from the opening melody of the Adagio; when it returned at the movement’s conclusion, however, it was possessed of nostalgic contemplation – truly breathtaking, the intensely beating heart of the concerto, Simovic beaming the grin of someone delighted to be given a chance to emerge from the front desk. The one disappointment was the lumbering trudge of the finale, never dancing as it should. Järvi and the LSO were fine accompanists.

Järvi the suave showman emerged for the final work, twenty-one items from Grieg’s Incidental Music for “Peer Gynt”. Järvi’s selection better-traced the international misadventures of Ibsen’s anti-hero than the familiar Suites do, though his flamboyant manner proved a distraction. He revelled in the more familiar items, such as ‘In the Hall of the Mountain King’, though his direction was more telling in shaping those items relying on the endlessly plush tone of the LSO’s strings. Their collective powers of persuasion diverted attention from the slight material of ‘Åse’s Death’, and their melting sound caught Peer Gynt’s regret at a life misled in the penultimate number, ‘Whitsun Hymn: O Blessed Morning’, heard here in a transcription for strings alone. The LSO was boundless in its virtuosity and Grieg’s bewitching music reminded us of the wonders to be found away from the central European canon.

Before the main event, students of the Guildhall School of Music & Drama presented music by two of the concert’s composers. Tremlos Wind Quintet trod a little carefully in Nielsen’s gently lyrical Wind Quintet, though the players made more of the work’s occasional wacky outbursts. Nielsen’s control of counterpoint stood out; rather than block-like harmony, the work’s concern is for independent lines making the most of the contrasts between the instruments. A selection of Sibelius’s songs made use of some wonderful texts, each a story of love or loss. Samantha Crawford produced a rich vibrato and was finest in her final song, “Svarta roser” (Black roses), which found her responsive to its rapidly changing tone and high drama. Robert Elibay-Hartog’s selection was even more concerned with narratives. His baritone was most comfortable in the middle and upper registers, but his storytelling was very good, particularly in the ghostly loneliness of “Die Stille Stadt” (The Silent Town). Gavin Roberts supported both singers excellently.