Opening their new season with two contemporary works and one of the twentieth-century’s great masterpieces, the LSO and Sir Simon Rattle hit the ground running with the commission from Emily Howard, Antisphere, scored for large orchestra. 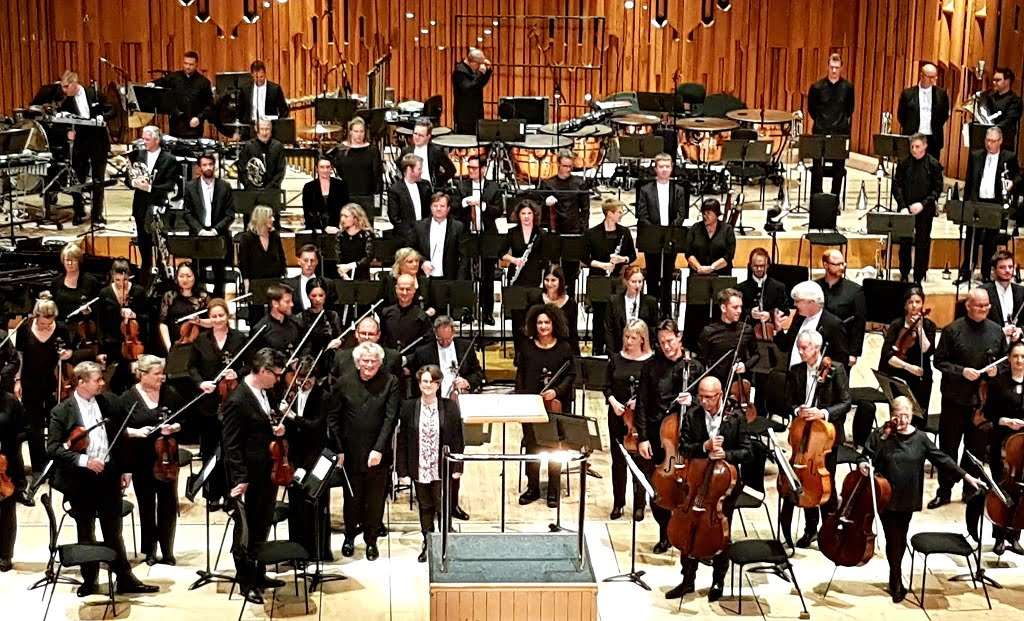 The forty-year-old composer is fascinated by the musical possibilities of – and I hope this is right – spatial geometry, algorhythms, mathematics, the sort of things normally I couldn’t give a stuff about unless they are clearly generated by the music itself, and the sixteen-minute Antisphere may well turn out to be her most convoluted work yet.

The title negates the idea of sphere and curvature, as antimatter is the opposite of matter. Whether this can be explained by music is up to the listener, and the programme guide’s visual imagery was a useful way into the music, although I suspect many in the audience will still have been scratching their heads on how to apply what they had read.

Howard depends a lot on opposites – stretching and squeezing, loud and soft, fast and slow – and she has a very developed ear for some remarkable sonorities and an apocalyptic sense of drama. As gesture piled on gesture, it seemed like a soundtrack for a science-fiction film, with spectral shimmering and rumblings and stern, architectural pillars of sound and weightless pianissimos suggesting limitless space, a harmony of the spheres for our times, with the LSO bending ears with Howard’s virtuoso orchestration.

The gestural aspect of Antisphere came into harder focus in the robust dialogue of Colin Matthews’s Violin Concerto, which had its premiere in Birmingham in 2009, its London debut at the Proms in 2010 (both conducted by Oliver Knussen), and further performances in Europe and the US, all with Leila Josefowicz. It was written for her, she plays it from memory – a music-stand would be a hazard, given her confrontational directness – and with immense conviction.

The two ten-minute movements sound more concerned with process than destination, and Matthews’s neat scoring, with some well-imagined pitched-percussion effects, applies impressionist dabs of colour to limpid, Berg-style colours. The way the soloist beds down with the orchestra at the start is attractive and sets up the violin’s ecstatic, soaring rushes of lyricism. I recall from the Prom performance an illusion of a strong narrative, but that wasn’t so defined this time round. What is etched in my memory, then as now, is Josefowicz’s formidable style, wringing the last drops of empathy from the sweeter moments, then squaring up to its elemental passages like a prize-fighter.

William Walton’s First Symphony plays to all the LSO’s considerable strengths. The orchestra’s wide-open, gleaming sound in tandem with the Barbican’s brightness-enhancing acoustic was perfect, and all it needed was Rattle’s infectious energy to create a perfect storm. Conducting from memory, he laid out this wonderful Symphony like a peacock opens its fan.

From the timpanist’s impeccably placed opening riff, the music’s eruptive power-surges and passions jumped out with all the muscular sleekness of a Grand National winner. The first movement is like a mighty steam-locomotive heading down the tracks, this time polished to within an inch of its life, the supreme example of 1930s shining Art Deco translated into music. It’s another of music’s great imponderables, an English composer who could take on all the turbulent musical developments throughout Europe. This was Rattle and the LSO on peak form.