Prokofiev
Symphony No.5 in B flat, Op.100
Gubaidulina
In tempus praesens [UK premiere] 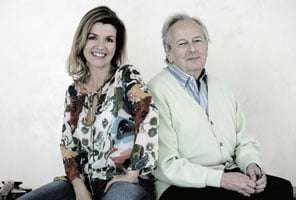 It was good to see André Previn back with the London Symphony Orchestra (he is now Conductor Laureate); it’s been a couple of years since his last London appearance (when he conducted a work closely associated with him, Walton’s First Symphony). Although Previn has not been in the best of health recently, here he seemed livelier and more engaged than hitherto, and although he needs (or chooses) to sit to conduct, he led a memorable concert. Furthermore, like the rest of us, Previn isn’t Peter Pan; and whilst we may recall with affection his 1970s’ ‘Music Nights’ television programmes (BBC1, with the LSO) and his brilliant appearance on “The Morecambe and Wise Show”, he has simply grown older (he was born in 1929) and isn’t doing badly – as a composer he is currently writing song-cycles for Barbara Bonney and Renée Fleming, a clarinet sonata for Thomas Martin (of the Boston Symphony), a harp concerto for Pittsburgh, a concerto for violin and viola, and an opera, “Brief Encounter”.

If, on paper, the order of Prokofiev and Gubaidulina seemed ‘odd’, it worked well. Prokofiev 5 – another work that Previn has put his stamp on over the years – is one difficult to follow; but Gabaidulina managed this feat victoriously.

Previn’s deliberate tempo for the opening of Prokofiev’s symphony caught its ‘epic’ quality well. While the orchestra’s ensemble was (and remained) a little unkempt, there was real spirit to this performance (the “human spirit” that Prokofiev said this symphony is all about), a sense of danger, the LSO’s trumpets and trombones adding a brassy presence and doing a fair imitation of an edgy-timbred Soviet ensemble of yesteryear – another day it would have been irksome; here it seemed apposite. Yet there was also fastidiousness, and eloquence, and sensitivity; Previn’s conducting remains lucid and well-aimed – the account was typically of good balance (and even-handed in temperament) and internally well worked-out. A real sense of climax, too, which remained detailed – sometimes anew; they had an appropriate raw edge that peaked in all the right places. Add in faster music that never went quicker than needed, and which benefited in articulation without sacrificing momentum. Previn took a perfectly judged attacca from the sepulchral Adagio into the finale, which was given with balletic grace (and was often heartfelt) and masterfully built to a mechanistic coda.

There was an element of ‘winging it’ to this performance – maybe this made all the difference, for this account engrossed and communicated vividly, the musicians on the spot, even put on it, and responding with vitality and confidence. 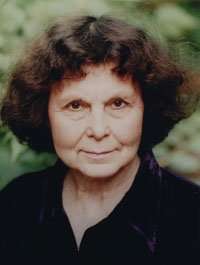 In tempus praesens (In the present time) is Sofia Gubaidulina’s second violin concerto (the first is Offertorium). It was first heard at this year’s Lucerne Festival with Simon Rattle and the Berlin Philharmonic. The solo part – thrown into relief by the orchestra being without violins – is tailor-made for Anne-Sophie Mutter (the work is also dedicated to her) and she gave a stunning performance. Writing as someone who has become very wary of the Schnittke – Pärt – Kancheli axis (to which Gubaidulina belongs) and their limited expression and regurgitated gestures (yet with a willing audience for such things), Gubaidulina’s ‘latest’ comes as a revelation. It still belongs to her world and ‘that’ world, but it’s almost as if she began with a blank sheet of paper (which of course she did) yet starting afresh with stylistic traits in place but with no wish to cover previous ground. Over the course of the 34-minute work, a journey is undertaken; the music is brimful of imagery and emotion, and if there is a programme, it is not stated.

Gubaidulina’s violin-less orchestra places the violas to the left, the rest of the strings to the right; in the middle is a ‘continuo’ of two harps, harpsichord, celesta and piano. Woodwinds are ‘standard’, the large brass group includes three Wagner tubas, and there is plenty of percussion, the latter always used to colourful rather than gratuitous effect and very precisely imagined, cymbals played with fingers, for example.

This seems a constantly evolving score. The “quest” is maybe diversionary but there are threads of continuity, the soloist’s lyrical lines leading off, complemented and challenged by the orchestra. Whether soulful, ecstatic or animated, the violin carries the argument – Mutter in total command – and the music never becomes static or indulgent. Sometimes the orchestral colours seem to have strayed from Britten’s operatic version of “A Midsummer Night’s Dream” and, as the work develops, echoes of Berg’s Violin Concerto are perhaps inescapable, but whether in the violin’s soliloquies or cadenzas or in the orchestra’s jagged momentum or militaristic intervention – or complementary buzzing – a sense of direction is always apparent: seemingly to a tumultuous conclusion, except, at the end, hanging icicles are still omnipresent – maybe there still remains ‘no way out’, but this piece nearly made it: after all, we are ‘in the present time’.

In tempus praesens demands to be heard again; and it seems that Deutsche Grammophon will be doing the honours – not with Previn conducting (a shame for he detailed this UK premiere with sympathy and thoroughness, the LSO responding in kind) but with Gergiev. At the close, Gubaidulina (a sprightly 76), Mutter and Previn made a triumphal triumvirate, the LSO seemingly delighted with the success of the evening to which the well-behaved near-capacity audience contributed. Previn returns to the LSO next June.